Disentangling the seams with Thula Sindi The new AfricaRise collective boutique in Sandton City is an experience, and you may even bump into the designers themselves.
Cebile Ntuli

On entering the stylish AfricaRise retail concept store located in what is popularly known as the wealthiest square mile in Africa, one thing is immediately apparent: the time for Africa is indeed now.

The 200m2 store in Sandton City is adorned with masterpieces by the likes of Erre, Ephymol by Ephraim Molingoana, IMD/Irene Makhavhu Design, Galago (Kenya), Loin Cloth & Ashes (South Africa/Tanzania) and Africa Your Time is Now by Papama Mtwisha.

The store boasts opulence as much as it does inclusivity, with each designer’s corner a curated experience of its own.

“We would like the store to remain a creative space where each designer can come out as themselves and not just be bunched together on a rail.

"We want it to be theatrical, an experience, with the possibility of walking in and meeting the designers themselves, who are very hands-on,” says Thula Sindi, who is behind the project. 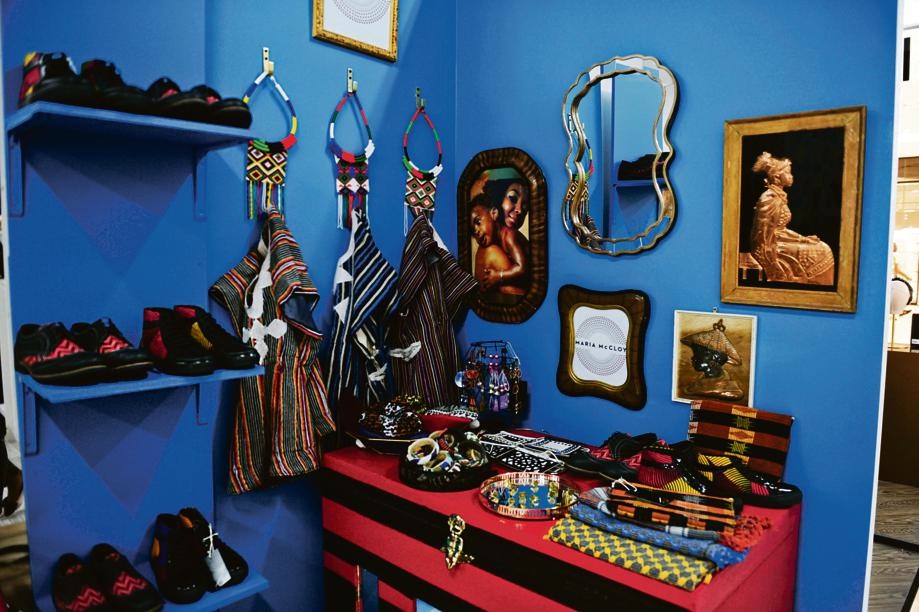 “Designers often opt to create spaces like these in their image, but I’ve resisted that. This isn’t a Sindi and friends project; it is about everyone being themselves – creating a process of making wardrobes more African,” the designer says.

“For some of the designers, it’s their first time in a retail space, so the store is also about us teaching merchandising and helping the design sorority to reach a level where they understand the customer well and contribute to the collective voice of African fashion,” he adds.

He says that the store is run as an open sales book, which allows the designers to come in and see what they’ve sold, and he emphasises that each designer is learning a different lesson. The designer opens up about the challenges he has experienced over the 13 years he has been in the industry.

“Funding this project has been challenging as I have had very little support from government and other institutional stakeholders,” he says.

For black entrepreneurs, the retail space can be dream-shattering.

“We are not offered the access and credit lines that major retail stores such as Edcon are given. Instead, we are locked out, and this has destroyed many businesses.

Shopping centres were built on the backs of our mothers and fathers, yet many of these malls barely have any black-owned businesses as tenants.

The system is built to destroy those who try,” he says.

“It’s a terrible soup that is exasperated by the political elites in many African countries and manifests itself in different ways. Hence creating a space like this may be difficult, but it was very necessary because the people who have the means to do so do not prioritise us.”

Activations and meet-and-greet events will be hosted in the gallery-like space, and it is opening an online store that will be up and running in February.

We live in a world where facts and fiction get blurred
In times of uncertainty you need journalism you can trust. For 14 free days, you can have access to a world of in-depth analyses, investigative journalism, top opinions and a range of features. Journalism strengthens democracy. Invest in the future today. Thereafter you will be billed R75 per month. You can cancel anytime and if you cancel within 14 days you won't be billed.
Subscribe to News24
Related Links
Precious Moloi-Motsepe: SA perfectly poised to grab a larger piece of lucrative fashion and...
5 designers who shone at SA Fashion Week
Runway beauty trends to recreate
Next on City Press
Thuso Mbedu and John Boyega get real about The Woman King