FabroSanz imprinting who they are Mzansi’s queen of print, Sandi Mazibuko, continues to expand her fashion brand FabroSanz Creations by showcasing her innovative take on Nguni print. A year after launching this range in Milan and Paris, Rhodé Marshall chats to her.

‘The FabroSanz Nguni Print Collection is not just fashion, it is the adornment of everything that makes us who we are – our culture and heritage.”

So says Sandi Mazibuko, the owner of fashion brand FabroSanz, who officially launched the second range of her Nguni Print Collection on Heritage Day. The first line was launched at Paris Fashion Week last year, and quickly became a favourite with the international and local market.

“The inspiration for the Nguni Print Collection came partly from handmade Zulu beadwork. This is a craft practised by the women of the Nguni tribe. Usually older sisters pass down the tradition to their younger sisters. Men are not involved in making bead jewellery, but they do wear beadwork.”

Mazibuko said it was important to her to incorporate Zulu culture into clothing.

“There was some confusion with the first run because people didn’t understand that it’s an original FabroSanz print. Since they’ve realised it’s our creation, the support has increased,” she says. The print is cloaked with different shapes in bright colours that all have an important cultural meaning.

“It is important to note that the print is ultimately inspired by all of Nguni culture, which has a thread of common colours and shapes interpreted in different manners.

“While the Zulu tribe has expressed its creative interpretation of these symbols through beadwork, the Ndebele tribe has used mural paintings on houses as their interpretation.”

FabroSanz’s journey into textile design has been a bittersweet experience for the designer: “It has finally allowed me the opportunity to express my culture in print, but it also exposed me to the viciousness of the textile industry.”

Mazibuko constantly discovers how her original print is being counterfeitedby the Chinese black market around the world.

The second print has the FabroSanz signature logo on all the materials with the new shapes added and the colours rearranged. It was important to keep the colours the same, as Mazibuko later realised they actually symbolised the South Africa flag.

“The connected triangles at the front of the new print were intentional. It was important to highlight the core of the Nguni print mission. Culture unites us all.” 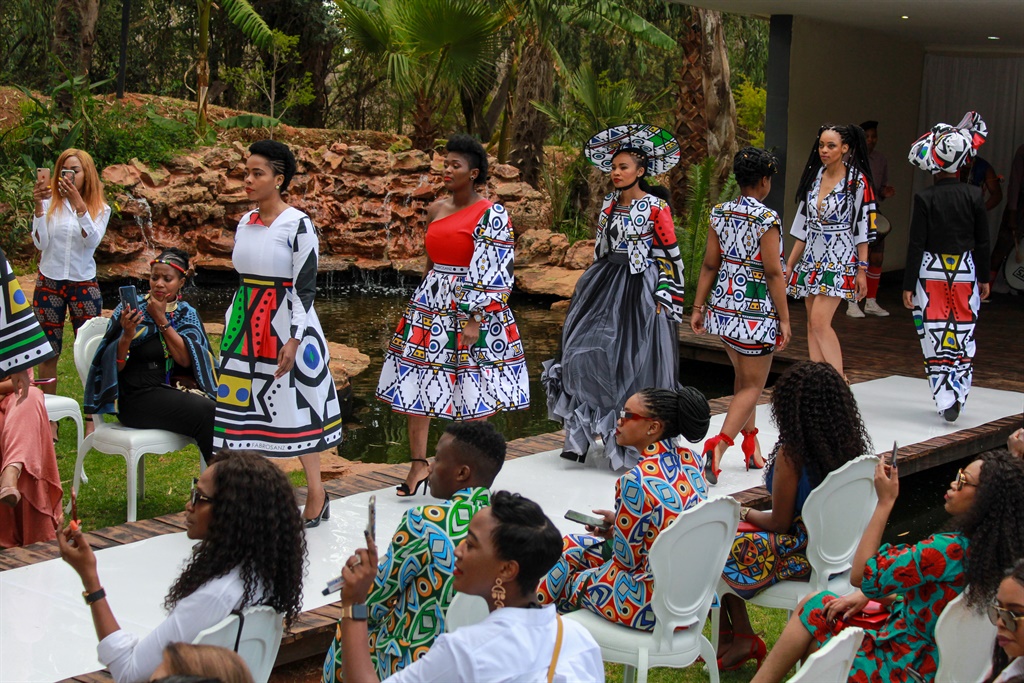 Listen to our latest podcasts.
Voting Booth
With less than two weeks to go to election day, political parties are ramping up their campaigning, bringing out influencers and celebs at their rallies. Do you think bringing out DJs, celebs and musicians will work to win votes?
Please select an option Oops! Something went wrong, please try again later.
I'm not influenced
90% - 135 votes
A gig is gig
6% - 9 votes
Need more of it
4% - 6 votes
Previous Results
The best of 2020
Can you guess who featured in our most popular articles from 2020?