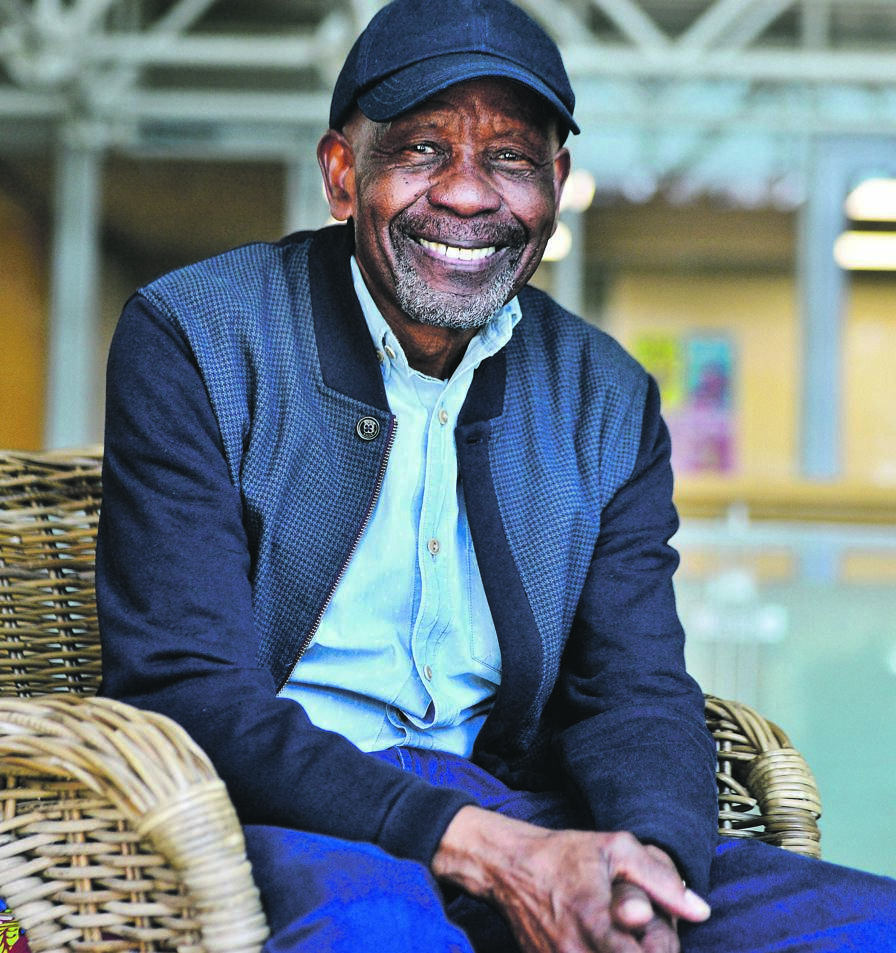 Caiphus Semenya will celebrate his 80th birthday with a star-studded concert on Saturday, which will trace his 50-plus years in the industry. Pictures: Cebile Ntuli

Age is no match for the iconic muso, who is working on his new album and on getting his arts academy off the ground

A rapturous music celebration befitting a music treasure will set the tone for the 80th birthday of Caiphus Semenya, South Africa living legend.

On Saturday August 24, The Market Theatre will stage the Caiphus Semenya at 80 Music Extravaganza:  Celebrating a Milestone and the Birth of a Legacy.  Musicians including Tsepo Tshola, Sipho Hotstix Mabuse , Condry Ziqubu will pay tribute to Semenya.

It’s just a few days before his 80th birthday when I sit down to chat to music icon Caiphus Semenya, and he looks and sounds nowhere near his age.

The muso oozes confidence and has a spring in his step.

Sitting across from him, I find it hard to believe that tomorrow he will officially become an octogenarian. He has aged gracefully.

Now, after more than five decades in the music industry, the singer and composer is considering his final mic drop – so he can focus on writing more music! Which means we can all breathe easy: he won’t be lost to the industry that has earned him a legion of devoted fans.

“I am simply tired of performing on stage. I just want to retire from performing,” he tells City Press.

The reason for our meeting this week is to talk about his upcoming 80th birthday celebration concert, which is set to take place at The Market theatre in Newtown on Saturday.

The event bears the rather lengthy title of Caiphus Semenya at 80 Music Extravaganza: Celebrating a Milestone and the Birth of a Legacy. It promises to be a tribute of note, covering his music trajectory and featuring the talents of fellow icons Tsepo Tshola, Sipho “Hotstix” Mabuse and Condry Ziqubu, among others.

Proceeds from the concert will go to the arts academy that Semenya and his wife, legendary singer Letta Mbulu, founded late last year. Their National Academy of Africa’s Performing Arts is situated in Jabulani, Soweto.

The academy is currently under construction. Costs are estimated at R34 million. The first phase of building cost R12 million and has already been completed.

“The main purpose of this concert is to raise funds, so that I can change many young people’s lives, especially those who have an interest in the performing arts,” says Semenya.

He expresses his gratitude at reaching this ripe age, remarking that many of his talented peers, who started this music journey with him, have passed on.

“Turning 80 is a blessing not to be taken for granted. It’s with a grateful heart that I look back and appreciate the blessings I received from Ramasedi, the creator of the universe.”

Semenya says a career in the music industry is tough and takes its toll mentally, spiritually and physically. “As artists, we live on nervous energy. It is not easy to go on stage and face thousands of people – it takes a lot of courage.”

The softly spoken Semenya, who hails from Alexandra township, adds that recording just one song can be emotionally and physically draining – which explains why it is taking him so long to work on his latest album. It will be his 10th and is due out for release sometime next year.

Semenya’s philosophy is simple: “If it doesn’t sound right to you, why should people buy it?”

He maintains that what makes music good is proper preparation, great harmonies and an original melodic structure. “I am not one to get easily excited, but when I sit in the studio and play on my piano, I find the joy and inspiration to write music that nobody has heard before.

“My children, my grandchildren and reading a lot bring a smile to my face.”

Semenya believes what makes people age quickly is being in low spirits.

“Everything I do is not about me; it’s for the next person and the generation to come. This is what has enabled me to live longer.”

When asked who he thinks is the next Caiphus Semenya, he pauses, then says: “We all have different gifts, but Ringo Madlingozi doesn’t try to be anyone but himself. He is proud of his roots and where he comes from in the Eastern Cape.

“And, when you listen to what he does musically, you can feel his spirit through his songs.”

Recalling how hard it was in the 1960s to follow his dream to make music, Semenya says that when he was 15 years old, the apartheid regime unleashed its plan to “miseducate and to reduce us as black people to nothing because they didn’t want us to chase our dreams”.

“They wanted black people to work as a ‘kitchen girl’ or ‘garden boy’. When I was 20 and went on tour abroad with the musical production of King Kong, I saw many actors in the US making a living out of acting. That’s when I said to myself: ‘I am going to pursue my dream in music.’”

Already at that age, he had discovered that he could not only write and compose songs for himself, but could also arrange any other musician’s songs and turn them into beautiful melodies.

“In 1964, I was in the US. I made a decision to study and become the great musician I wanted to be. I thank God that I achieved what I had intended to achieve at a young age,” he says.

Asked about his views on the current South African music scene, Semenya says traditional music has great potential, but South Africans do not promote their music enough. “American musicians respect their roots. Look at Beyoncé and others: they are successful musicians because they are proud of who they are. But our local artists look externally. On my upcoming album, I present more traditional songs and I would encourage young people to listen to this album when it comes out. It has familiar songs, but the arrangement on each is on another level. Most are isiZulu and Sesotho songs and reflect my age.”

Will this be his last album? “No,” he laughs.

His message to aspiring musos is encouraging: “You have what it takes to make it. The reason you taught yourself saxophone, piano or guitar means you are a musician. Stop looking externally; look deep inside your soul and the soul of your people, and you’ll find your true self.”

We live in a world where facts and fiction get blurred
In times of uncertainty you need journalism you can trust. For only R75 per month, you have access to a world of in-depth analyses, investigative journalism, top opinions and a range of features. Journalism strengthens democracy. Invest in the future today.
Subscribe to News24
Related Links
Pictures: The incredible Thandiswa Mazwai
Next on City Press
Trompies legend Eugene Mthethwa refuses to back down as Samro continues to hold back royalties Choose a newsletter
Voting Booth
Former president Jacob Zuma's legal team has given the chairperson of the commission of inquiry into state capture, Deputy Chief Justice Raymond Zondo, an ultimatum. Either he recuse himself or Zuma will either prolong proceedings or exercise his right to remain silent
Please select an option Oops! Something went wrong, please try again later.
Zuma is undermining Zondo
63% - 633 votes
Zuma is within his rights
9% - 91 votes
Zondo has done a good job
28% - 284 votes
Previous Results
You and your credit
Sponsored | Can you pass a credit test?