Last month I had the pleasure of being flown in style by Park Inn by Radisson to four of their hotels across the country – the Foreshore, Newlands, Sandton and Polokwane branches, respectively.

I could go on about the hotels, which consistently featured well-fragranced, beautifully furnished rooms with great views and welcoming staff, but what stood out for me was the unique character that each Park Inn experience comes with. The brand prides itself on being contextual to the community it’s in, and this sets the chain apart from any other hotel with white sheets. Here are my quickfire reviews of the hotels I stayed in:

Foreshore features Harald’s Bar & Terrace on the 11th floor, which offers daring cocktails and two-for-one specials on certain nights. Of course, there’s a stunning view of Table Mountain. Head down to RBG Bar & Grill on the ground floor for Pasta Thursdays and a personalised experience, where chefs will create pasta suited to your tastebuds. Foreshore prides itself on promoting culture and community, and this includes featuring extraordinary animals like Pigcasso. This famous pig’s artwork adorns the walls of the hotel’s two restaurants and brings character to the space. We went on a trip to Franschhoek to meet Pigcasso herself. On our way, the social activist in me was upset by the violent poverty that continues to plague black Africans living in the Western Cape. What warmed me about Park Inn, to slightly stave off the bitter taste from the unchanging reality of those less fortunate, was the hotel’s commitment to being part of the solution to the crisis in Cape Town. They have an international partnership with SOS Children’s Villages, an NGO that works in 135 countries and territories to ensure that children grow up in a safe and caring family environment so they can develop and reach their full potential. They also have water initiatives that help women care for their families and girls attend school instead of fetching water. A quick note, don’t assume the hotel has your back when it’s “that” time of the month; always pack extra sanitary towels. I had to tour Cape Town’s streets in the middle of the night; fun.

At the Newlands Park Inn you’re offered a braai buffet, suitable for anyone after a hot day in the sun watching rugby. I was impressed by the inclusion of hearing impaired staff. The hotel even hosted a silent braai, in order to expose guests to what it’s like being at an event where you can’t hear anything. Don’t make my mistake and assume the food is there in abundance two hours after dinner. I was fashionably late for the event but the other residents had been on time and finished the silent braai delicious dessert. My waist was pleased I wasn’t consuming, but I left dinner reminded to be on time; nothing good lasts for long. Another note, don’t use the hotel phone. It was my mother’s birthday that Saturday and I called her at midnight. We only spoke for a few minutes but I had to pay a R299 airtime bill! Park Inn By Radisson Sandton
118 Katherine Street, Sandown, Johannesburg
. . . . -
Park Inn Sandton had lovely rooms filled with personalised treats and, after a hectic week of travels, its art, scent and calm nature made me forget I was in the country’s most buzzing city. The food was not the best I’d had but the view and live saxophone performance at the restaurant made up for it. For an excursion nearby, I finally faced my fear of heights by bungee jumping at Sky Bar in Fourways – the only woman who braved the jump along with the guys. At the end of it a helpful drink and certificate awaited me. At the end of the day you can head over to Melville and try some salsa dancing at Six Cocktail Bar. Park Inn by Radisson Polokwane
Dorp Street, Polokwane
...--
In the heat of Limpopo, the Park Inn Polokwane caters for the local palate with a menu that includes mogodu, mopane worms, tripe, cow heels and amarula-flavoured custard over a traditional malva pudding. There are interesting cultural excursions, for instance, the Ribola art route and Mbhokota village, which keeps art alive in Limpopo by giving local crafters a place to display their wares. Local artists will also guide you through doek (African head wrap) tutorials. 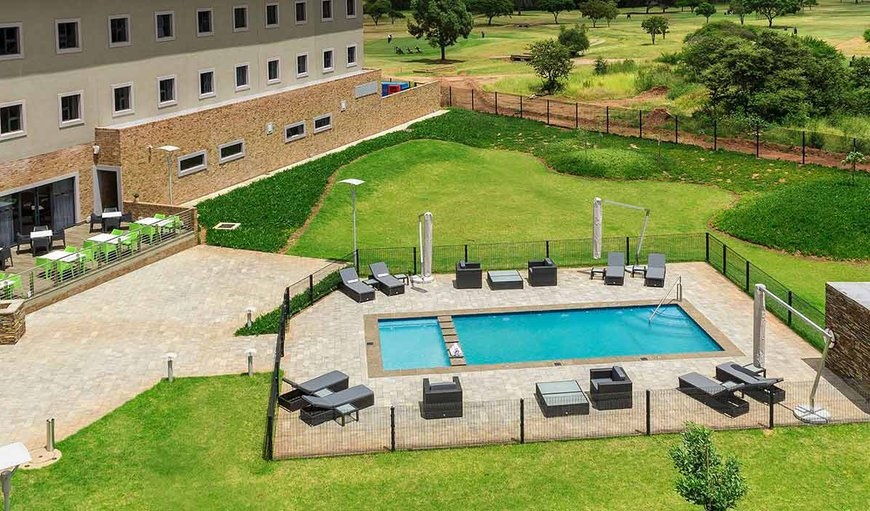 We live in a world where facts and fiction get blurred
In times of uncertainty you need journalism you can trust. For only R75 per month, you have access to a world of in-depth analyses, investigative journalism, top opinions and a range of features. Journalism strengthens democracy. Invest in the future today.
Subscribe to News24
Related Links
HOTEL REVIEW: The Riverside Sun is great for parents
Hotel review: Here are the best Sandton spots for business travellers
Next on City Press
Obrigado adds to its arsenal with a gin and bar experience