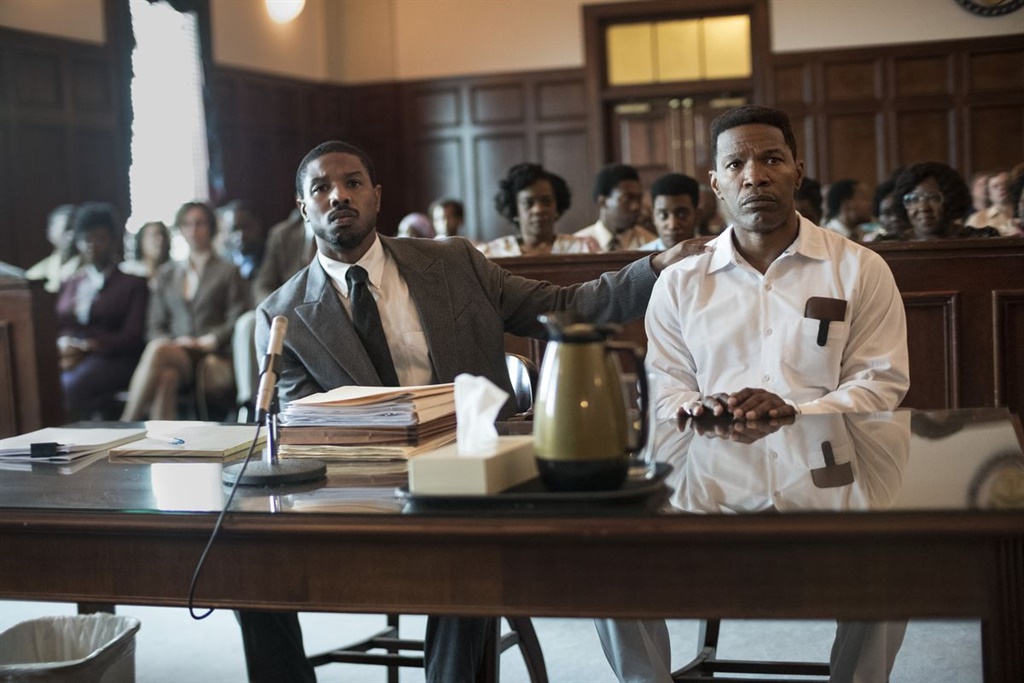 Just Mercy sees Michael B Jordan and Jamie Foxx collaborate on screen in this disturbing picture based on a true story.

Black pain. It’s a reality we live with and a narrative depicted over and over again on screen. It’s exhausting and all-encompassing. I for one don’t know how many more cinematic depictions of it I can take.

Most recently, we had When They See Us on Netflix, about a group of black teenagers wrongfully convicted with holes in witness testimony and case construction the size of the Grand Canyon. Now, we’ve Just Mercy, another tale of black people being victimised.

In it, the lives of young black lawyer Brian Stevenson (Michael B Jordan) and Walter McMillian (Jamie Foxx) intersect when Stevenson – a Harvard graduate – decides to work on death row in Alabama, US, where racism is rife and pungent.

Based on a true story, the film highlights the brutality of the death penalty and pays homage to the 66 prisoners executed in Alabama since 1976, most of whom were black people whose trials were hardly fair. Needless to say, you will leave Just Mercy with your soul feeling murky, you may even be angry.

The film is predictably harrowing and infuriating, but how many more times are we going to watch this story play out?

How many instances of wrongful convictions have occurred – unaddressed and forgotten by history? How many cases are happening right now?

It’s not that Just Mercy isn’t well portrayed, it is, but that as a black person I can only handle so much injustice at any given time. We need more positive black stories, because there are many.

Perhaps try to view the spectacle of this feature for what else it represents – which is a passing of the baton from one brilliant actor to another – in this case Foxx to Jordan.

We sometimes seem to forget that Foxx is the cream of the crop – one of 14 black actors to win an Academy statue. Just Mercy feels like a hailing of the next person with the potential to do this, a co-sign if you will.

He’s really been putting in the work since Straight Outta Compton (2015). He’ a bona fide talent, some might say he’s even better than his father, Ice Cube.

Director Destin Daniel Cretton could take more risks with the camera though.

With a true story you can get away with letting the story pull the load while the splendid cast provides gravitas, which they do. But the simplicity of the scenes makes them sink in.

A time or two you may find the sides of your eyes stinging. Just Mercy is a great film, that is, if you’re emotionally and mentally ready for it.

We live in a world where facts and fiction get blurred
In times of uncertainty you need journalism you can trust. For only R75 per month, you have access to a world of in-depth analyses, investigative journalism, top opinions and a range of features. Journalism strengthens democracy. Invest in the future today.
Subscribe to News24
Related Links
Thapelo Mokoena: The toast of the town
What you'll be listening to in 2020
Mischievous media moguls in...
Next on City Press
Sars guns for Cassper Nyovest’s record label