Idols SA winner to settle debts with her prize money The last two contestants, Berry and Karabo, on stage during the Idols SA finale on Sunday night. Photo: Supplied

Berenike “Berry” Trytsman was made an instant millionaire after she was announced as the Idols SA’s season 17 winner on Sunday night at the Urban Brew studios in Randburg. The prize money could not have come at a better time because, more than anything, winning Idols SA for the 31-year-old means settling debts and financial freedom.

Berry said, as she let out a sigh of relief:

[The win] takes me out of a very bad situation with debt. Every South African can agree, we’ve got debts. This win will propel my future with singing and my career. I have never wanted to do anything other than sing and this feels like it is not real.

The married mother of four will be able to pay off her debts and still enjoy the fruits of her hard work as her prize package includes R85 000 worth of musical equipment from Yamaha, a record deal with Kalawa Jazmee Records, a Renault Kiger, R100 000 in Truworths fashion vouchers, R260 000 from Regenesys Business School to pursue a Bachelor of Business Administration and a Samsung Galaxy Fold3 on a Vodacom Red 100GB plan. 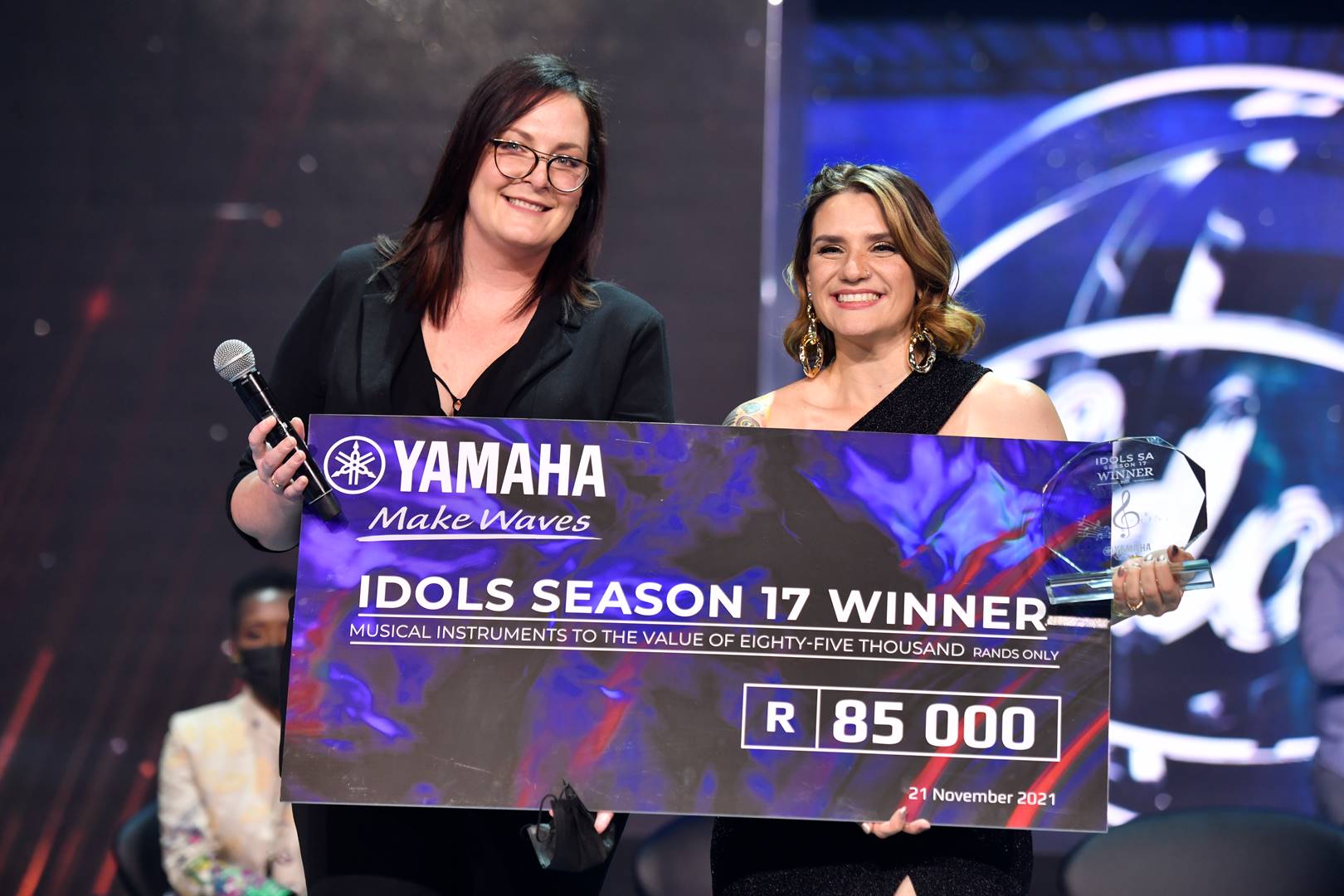 The singer will be able to pay off her debts with her prize money and still get to enjoy the fruits of her hard work which includes musical equipment from Yamaha worth R85 000. Photo: Supplied

“I did not expect this at all. Every week I thought I was going home and eventually I thought I need to rely on the people with and around me and be happy because I will not experience this journey again in my life. A highlight for me was embracing what it was and being strong not just for ourselves but for our families too,” says the season 17 winner.

The sultry singer won the love of South Africans who nicknamed her “Mabherera” and “Mabherana” and called her voters “The Berries”. She looked striking during her last performance, dressed in a black miniskirt paired with ankle boots, a gemstone covered crop top and sunglasses while performing Lady Gaga’s The Edge of Glory.

You were on the edge of glory. It has been hard being away from family. Congratulations for dealing with that perfectly.

For Berry, who hails from Cape Town, it has always been about her voice and nothing else, and she never paid attention to the keyboard warriors who bullied her about her age on social media.

The comments about my age never bothered me because I was not doing it for people’s approval. I was doing it to try and make a better future for my family. Now that I am here, I know that I have proven something to my kids that they do not ever have to give up.
Berry

“They will know that they are never too young or too old to do something,” she said.

Berry first entered Idols when she was 20 and made a promise to herself that she would return before she was over the allowed age. In between life happened – she got married, had a child, got divorced, got married again and had another child, and her now husband encouraged her to enter again because she had nothing to lose.

Little did she know she was in it to win it and being away from her family for two months was worth it.

* Audition dates for season 18 of Idols SA will be announced on the Mzansi Magic website.

We live in a world where facts and fiction get blurred
In times of uncertainty you need journalism you can trust. For only R75 per month, you have access to a world of in-depth analyses, investigative journalism, top opinions and a range of features. Journalism strengthens democracy. Invest in the future today.
Subscribe to News24
Next on City Press
Maswana’s art crystalises ‘the beauty and strength black people possess’