Idols Top 10: If only Nqobile could shake her self-doubt 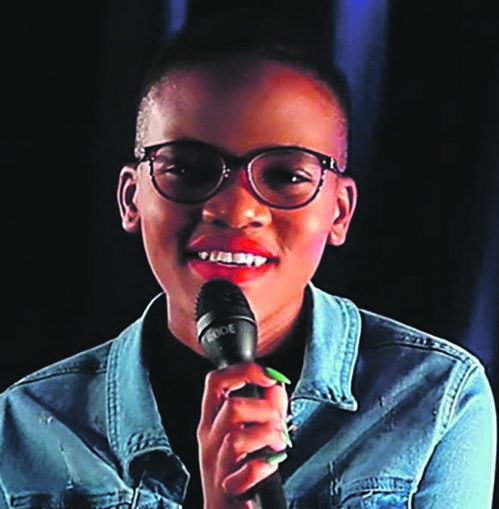 The announcement of the Idols Top 10 finalists was quite a riveting one, and taking last week’s performances into account it’s difficult to say who will emerge victorious.

Of all the finalists, one particular person has always stood out for me, even though she seems to blend into the background for many. Nqobile Gumede is the comeback kid.

I have always had a soft spot for the underdog.

She is a phoenix that keeps rising from the ashes, but self-doubt seems to be holding her back

From her first audition for Idols – where she fainted after being denied a golden ticket – to dominating the centre stage of the competition thus far, her progress and growth are undeniable.

She is a phoenix that keeps rising from the ashes, but self-doubt seems to be holding her back.

Judge Randall Abrahams has expressed the opinion that she will have difficulty keeping up with the rest of the Top 10 vocally, but I have to disagree.

Nqobile has displayed the vocal prowess to earn her spot in the Top 10.

This has been demonstrated in her performance of the Zonke song Jik’izinto, which in my opinion is her best performance to date.

She was confident, connected with the audience and owned the stage.

It isn’t a question as to whether she’s got what it takes, but rather whether she believes it. During her last performance she seemed unsure of herself, diffident and faint-hearted.

A teary-eyed Unathi told her: “Don’t be afraid to go there. Don’t be afraid to let go. This could be the last opportunity you have to perform in the Top 10. Make it count. You’ve worked hard and you deserve to be here. Live it and believe it. We can’t believe in you more than you believe in yourself, Nqobile. Push and give it your all, even if you fail.”

This was echoed by Somizi, who said: “You have experienced what it feels like to be in the public eye and getting backlash. Don’t focus on the negativity. I can tell that it’s bothering you.”

It was fitting that she performed Can’t Give Up Now by Mary Mary, because it reflects her journey throughout the competition.

“Thank you so much for voting for me. I carry an inspiring story, from my first audition, where I collapsed, until now. I will continue to inspire and strive for more. I went through some of my harshest and most devastating times on this show, but I never gave up,” she said.

The point of the competition is to have South Africa connect with someone’s journey; to see them rise, fall and grow.

If she has more self-confidence and believes in her potential, she stands a great chance to win this season.

She could prove many people’s reservations wrong.

If given another chance it can be the driving force for her to show that she belongs in the Top 10, and an affirmation that the prize is just as much hers for the taking as it is anyone else’s. Read more on:
zonkeunathiidols sa
ON MY RADAR
for subscribers
On My Radar | Take care as you step into the metaverse