READY, STEADY, COOK Follow the journey of a mom who is down on her luck

A R140 000 budget*, a good story line, a cast and crew determined to make it work despite cash, power and water shortages, riots, and the devastating consequences of a countrywide economic crisis. Those were the ingredients for Cook Off, Zimbabwe’s gem of a feature film that’s now making history and raking in praise.

In this endearing underdog tale, single mom Anesu is pitted against professional chefs after her son and grandmother sign her up for a national television cooking competition. And she falls in love and has other delicious triumphs. 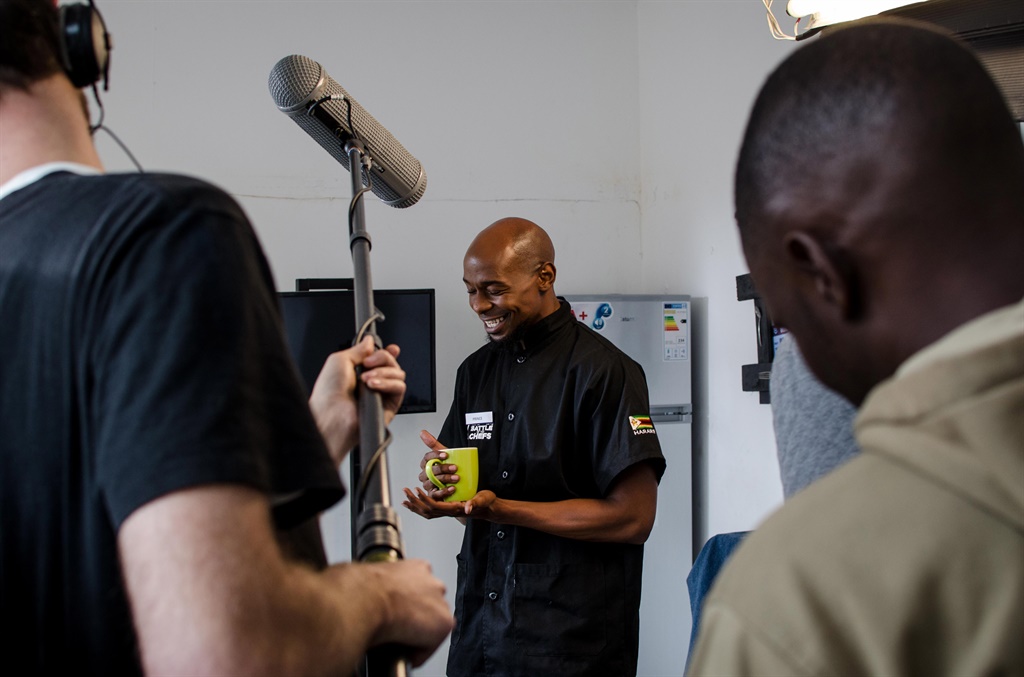 Starring rising talent Tendaiishe “Tendie” Chitima, popular hip-hop artist Tendai Ryan Nguni (known by his stage name Tehn Diamond) and the much-beloved star of the movie Neria, Jesesi Mungoshi as Gogo, Cook Off was first screened in December 2017 at a makeshift cinema on a Harare rooftop.

Tomas Lutuli Brickhill, the film’s director and writer, said it was important for him to show a side of Zimbabwe that many people don’t see.

“The general perception outside of Zimbabwe is of this very troubled country – of political and economic problems. This is something common to the general narrative of Africa in the rest of the world. We felt that we really wanted to show that, while those things are certainly true, we are for the most part normal people trying to live normal lives. Trying to fall in love, spend time with family and friends,” Brickhill said. The film’s addition to streaming service Netflix on Monday means it’s now available to 182 million viewers worldwide. Joe Njagu, the film’s producer, said it had been a wild ride: “The road has been tiring, especially the last leg of marketing and publicity. The support from people around the world has been astounding.

“We’re so amazed [by the support] and glad to put this film out to the world. To say, ‘Guys, here’s a story from Zimbabwe that is feel-good and made with so much love’,” Njagu said.

Brickhill explained to #Trending the challenge of limited funding for arts and culture in Zimbabwe: “There are obviously more immediate problems that are having to be dealt with. There have been films made over the years with donor funding, but in order to receive that funding, the film is usually required to highlight some sort of issue. We felt that if we wanted to create a sustainable film industry, we had to look at creating a much more commercial film.”

We’re so amazed [by the support] and glad to put this film out to the world. To say, ‘Guys, here’s a story from Zimbabwe that is feel-good and made with so much love
Joe Njagu

The decision was to tell a story with universal appeal. With no investor funding, the challenge was to create something with enough production value to resonate around the world.

Cleverly, they used the existing set of Zimbabwe’s real-life Battle of the Chefs television show, which airs on the country’s national broadcaster, the ZBC.

“We made partnerships with other Zimbabwean broadcasting companies to get access to equipment and the Battle of the Chefs set, props and costumes. After we produced the film, we polished it in post-production with the help of Quite Bright Films in Kenya and Moving Air in the UK,” Brickhill said. He said the best thing about shooting Cook Off was achieving his dream of making a feature-length production.

“Yes, we didn’t have all the resources and funding, but it really felt good when we were on set with our crew that we were all united, working towards this common goal of making this feature film.”

African content has been making waves on Netflix recently. South Africa’s contribution has been Kagiso Lediga’s Queen Sono, which was universally praised by critics. Local teen drama Blood & Water was the number one most watched show on Netflix US last month.

After we produced the film, we polished it in post-production with the help of Quite Bright Films in Kenya and Moving Air in the UK
Tomas Lutuli Brickhill

Njagu said he was not surprised by global hunger for African content. “Africa has an untold story – it’s been a big mystery to the world, and it’s refreshing for people to see our stories. We’ve always been portrayed [negatively] in the media, such as CNN; it’s always poverty, war and famine. Now for a change the world can see productions by Africans themselves.”

Chitima, the 29-year-old actress who plays Anesu, recently told The Guardian about some of the hazards they faced while shooting. These included finding herself “choked up in a cloud of tear gas fired to disperse an antigovernment protest [in Harare]”.

“It was not like a luxury shoot where you have your own trailer and you are big on wine.” The actors and crew accepted deferred payment, agreeing to be paid only after the film had made money. According to Reuters, Brickhill would not say how much the Netflix deal was worth, but said it was enough to pay the deferred expenses and make a profit.

We can’t wait to sit down with some popcorn and watch this gem from our northern neighbour.