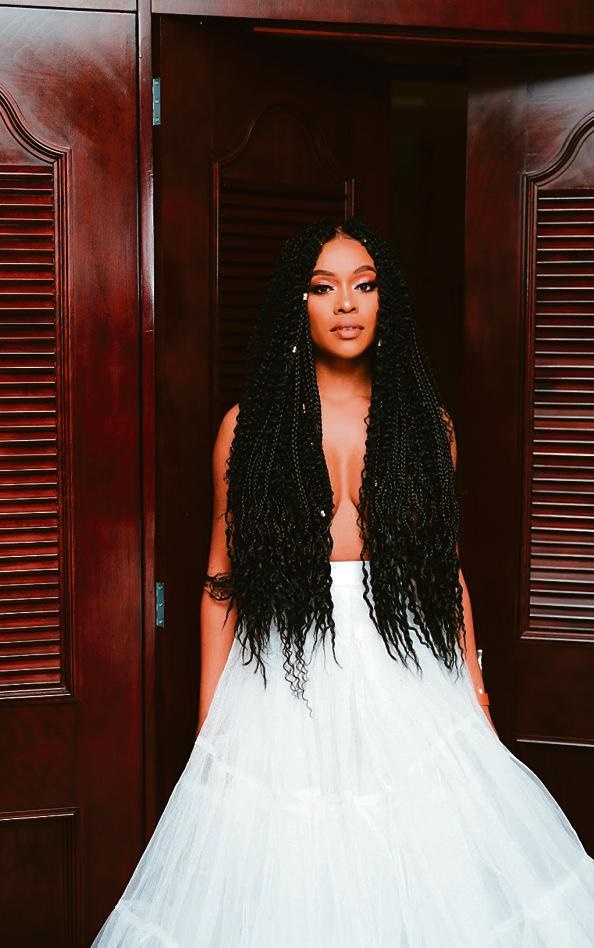 The star played the lead role as Thandeka Zungu for almost seven years on the telenovela, which airs weekdays at 8.30pm.

Mbatha’s exit will surely leave the viewers disenchanted after Isibaya’s producers and writers decided to kill off her character.

City Press has learnt that Mbatha was officially released from the show in December and the funeral of her character Thandeka will be aired on March 9.

The details of how Thandeka is going to die are still sketchy, but two sources close to Bomb Productions told City Press on Friday that Thandeka and her husband Sbu – played by Sdumo Mtshali – will be attacked by armed criminals.

“Sbu is going to survive [the shooting], but sadly Thandeka is going to die,” said a source.

When approached for comment, Philly Kubheka, head of public relations and publicity at M-Net’s local entertainment channels, said the show had acquired excellent talent that sought to produce a compelling narrative.

“We entrust the writers and producers of each show to give the best content and their discretion on storylines and characters is always well informed. We wish Nomzamo all the best,” Kubheka said.

However, another source said that initially Mbatha had asked to be released from the show in 2018, but the writers and producers wouldn’t let her go because she was the viewers favourite on Isibaya.

“For the longest time, it became tricky and difficult to write her off because she is the show’s darling. They did their best to keep her in the story line. They even made arrangements to work around her schedule after she relocated to Los Angeles in the US,” the source said.

The details of how Thandeka is going to die are still sketchy, but two sources close to Bomb Productions told City Press on Friday that Thandeka and her husband Sbu – played by Sdumo Mtshali – will be attacked by armed criminals.

The source said whenever Mbatha was in the country they would shoot more scenes and bank them.

“Even though they were working around her schedule, it was no longer viable for both her and the production team. Eventually they came to the conclusion to kill off her character,” added the source.

It’s been almost a year since Mbatha moved to Los Angeles.

In August last year she landed a role in Eddie Murphy’s sequel Coming To America 2 in which she co-stars alongside Arsenio Hall, Tracy Morgan and Garcelle Beauvais.

When Mbatha visited Mzansi recently, her Lighthouse Foundation put smiles on the faces of several students after dononate more than R1 millionin bursaries.

Each of the bursary recipients was invited to a special brunch, which was held at the Fairmont Zimbali Resort near Ballito in KwaZulu-Natal on Monday last week.

“This year is a big year for her as an actress as her various projects come to light,” Nohashe said.

We live in a world where facts and fiction get blurred
In times of uncertainty you need journalism you can trust. For 14 free days, you can have access to a world of in-depth analyses, investigative journalism, top opinions and a range of features. Journalism strengthens democracy. Invest in the future today. Thereafter you will be billed R75 per month. You can cancel anytime and if you cancel within 14 days you won't be billed.
Subscribe to News24
Related Links
2020 looks set to be a great year for Enhle as she bags Isibaya role
Nomzamo cracks it
Next on City Press
Court moves to recover R1m from Faith Nketsi-Njilo's husband