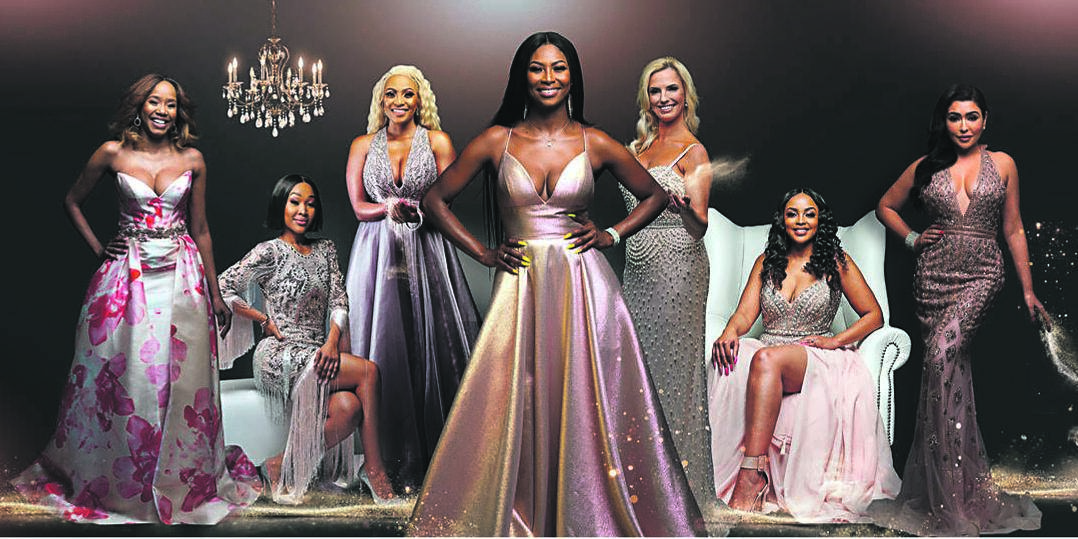 It has been three months since viewers started watching season 2 of M-Net’s reality series, The Real Housewives of Johannesburg, and the tears, betrayal and confrontational friendships have been even more dramatic than in the previous season.

Lebo, who was quiet and demure all season, showed her gregarious side during the finale, when the women discussed this season’s dramas with media personality Phat Joe. Viewers and cast members alike were delighted to see her other side as she took on Lejoy.

Lebo, who is married to business mogul Lebo Gunguluza, accused Lejoy of borrowing wigs rather than buying them, and said Lejoy did not have medical aid.

Speaking to City Press this week, Lebo pointed out that whatever she had said on the show, even during the diary sessions, came from a good place.

“I will sue the sh*t out of you. That place you stay in, in Kyalami, you’ll go back to the shack you came from.
LeJoy to Lebo

She insisted that she held no grudges, explaining that she had opted to walk away from a conflict situation to avoid making emotional decisions while angry.

“I only walked away once on the show because I am genuinely a reserved person, even off camera. I don’t want to make decisions that I will regret later. When I came on the show, I was myself,” she said.

Unfortunately for fans of the show, Lebo said she would only reveal why she exposed Lejoy in season 3.

“Some of the lessons I have learnt from this show are to stay in my own lane and be comfortable in my skin, and that being calm is my superpower.”

But at the finale, the robust Lejoy hit back. She labelled Lebo a liar who had misled the public by claiming to have spent R2 million on her wedding, adding that vendors had not been paid yet. Lebo responded by threatening to take Lejoy to court.

“You can’t just make accusations like that and not qualify them,” said Phat Joe to Lejoy. “Do you have proof?”

Lejoy replied by addressing Lebo, saying: “I will sue the sh*t out of you. That place you stay in, in Kyalami, you’ll go back to the shack you came from. At least I have a shack. You live in a rented house.”

Referring to this segment of the finale, Lejoy told City Press: “I said what I said at that time. We need to be accountable and responsible at all times. No one has lent me wigs and I have not borrowed belongings that I need to return to anyone.”

Addressing the issue of not having medical aid, the GauTV host said it would be petty on her part to prove that she did have medical aid. “As much as some people cannot afford medical aid, I will never look down on anyone who can’t afford it.”

Lejoy added that she had loved every moment of being on the show and had learnt a lot. “I have certainly learnt from every debacle I have encountered on the show,” she said, adding that she would never apologise to anyone.

We live in a world where facts and fiction get blurred
In times of uncertainty you need journalism you can trust. For only R75 per month, you have access to a world of in-depth analyses, investigative journalism, top opinions and a range of features. Journalism strengthens democracy. Invest in the future today.
Subscribe to News24
Related Links
New housewives stir the pot in the city of gold
Mzansi Magic has all-new shows this week
Next on City Press
Amputee dancer Musa Motha moves without any hindrance