Let #Trending help you make the most of the weekend Before we get into celebration for the month of love, Phumlani S Langa suggests a few leisurely events that have very little to do with Cupid’s messy ways.

Space is limited, but the whole family is encouraged to join in the musical fun with Unathi Nkayi. Children under 12 get in for free, and there will be tickets available at the gate, but don’t risk it – you’re not the only person who wants to see this Idols judge do her thing at this amazing outdoor venue.

Tuesday to Saturday at 8.15pm

This light-hearted production will celebrate 2019 and the many momentous occasions we enjoyed. Besides the lights going off, Miss South Africa became Miss Universe, the Boks won the Rugby World Cup and there was the romance of the #KFCcouple.

Riky Rick brings you the second Cotton Fest. He has enlisted the help of an extensive line-up including AKA, A-Reece, Ayanda MVP, Black Motion, Boity, Da L.E.S, Dr Peppa, Emtee, K.O, Kabza De Small and Moonchild Sanelly. And pretty much any other local headliner you can think of. 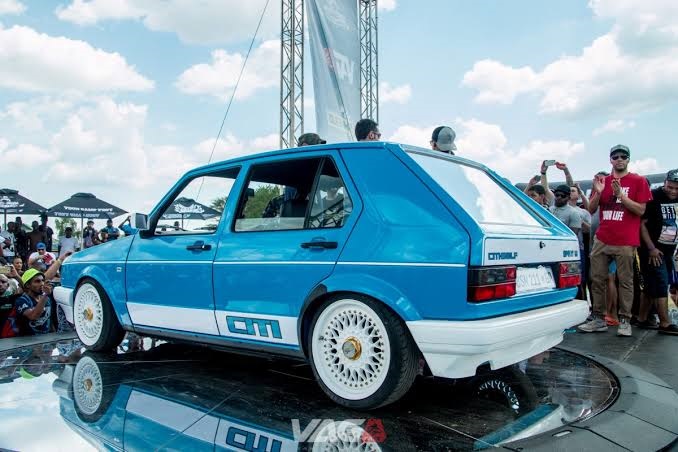 Stance In The Park - Pre Camp Fest Park Off. pictures:supplied

Stance In The Park – Pre Camp Fest Park Off

If you drive a VW and you’re passionate about it, you will be glad to know that a bunch of like-minded people will be gathering to show off their VWs. Individuals and car clubs alike are welcome.

Doing the whole braai thing is never a bad way to spend the day with friends or family. Q’s promises local dishes, but with a little twist.

This creative incubator offers workshops, recording sessions and much more at these exclusive idea sessions. The idea is that putting comedians on a stage at the zoo will soften the perception that a zoo is, in fact, a bad place for animals ... whether that will work remains to be seen. On the bill are Bra Thabiso, Sammury, Ntate Modiri, Senzeni and Pastor A.

This contest reaches its conclusion on February 1 when the rhythm section winner will be announced. The JPO Orchestra will perform after the awards ceremony.

February 1, 7am; registration starts at 6am See the world through the eyes of a rural South African lad. The African correspondent for The Daily Show is one of the funniest comics we have. This will be good.

How about a change of perspective? See Cape Town from this Ferris wheel that gives you a 360° panoramic view of one of the most stunning cities in the world. So they say.

We live in a world where facts and fiction get blurred
In times of uncertainty you need journalism you can trust. For only R75 per month, you have access to a world of in-depth analyses, investigative journalism, top opinions and a range of features. Journalism strengthens democracy. Invest in the future today.
Subscribe to News24
Related Links
#TrendingAwards2019: The wackest verse of the year goes to...
#TrendingAwards2019: Scammers of the Year Award
Mischief and house music on the MSC Orchestra
Next on City Press
Artist Muholi free to continue with her life after court dismisses former partner’s protection order application

Listen to our latest podcasts.
Voting Booth
The CCMA has ruled that the dismissal of an employee for refusing to be vaccinated against Covid-19 was fair. What are your thoughts?
Please select an option Oops! Something went wrong, please try again later.
It is her right to refuse
32% - 7 votes
She is a risk to others
50% - 11 votes
Mandatory vaccination ?
9% - 2 votes
No to mandatory vaxxing
9% - 2 votes
Previous Results