Mampintsha and Babes bare all in documentary Weeping, accusations of infidelity, intoxication and bragging – the first episode of the TV series shows that life is not always perfect when you’re a celebrity in SA.

This will become obvious to viewers when the controversial couple’s real life is shown for the first time on TV. Viewers will see the couple accusing each other of infidelity. There are also scenes of them swearing at – and beating – each other.

The first episode of the three-part docu-reality show, titled Impilo, will be aired on Moja Love (DStv channel 157) on Thursday at 9.30pm.

Jub Jub, a friend of Babes and Mampintsha, whose real names are Bongekile Simelane and Mandla Maphumulo, respectively, gets up close and personal with the couple, who have been making the headlines for all the wrong reasons. 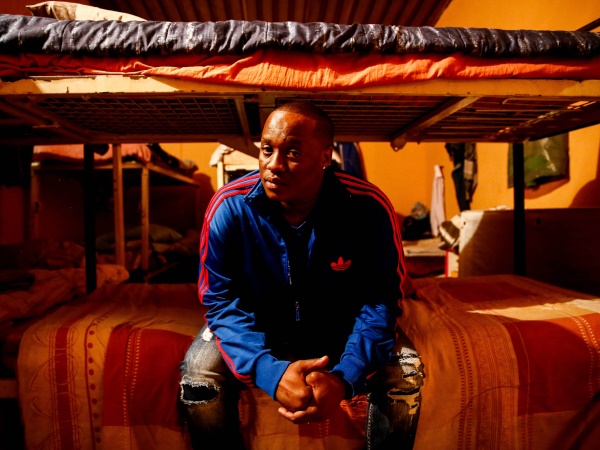 He brags that he is the one responsible for creating the Babes brand. “When I met Babes, she was nobody and she had nothing. I invested at least R3 million. Ukugeza umuntu kuyabiza [Cleaning up someone doesn’t come cheap].”

It is evident in the episode that not a day goes by without the couple getting involved in an altercation. In the trailer Babes is heard demanding a bank card from Mampintsha. This leads to a scene in which she accuses him of infidelity and says he is having an affair with every woman he works with.

“I am tired of baby-sitting you; you even take pictures with your girlfriends. You are disrespecting me,” she says angrily.

The altercation continues. The angry Babes loses her temper and is seen throwing a drink at Mampintsha and punching him several times in his face. He doesn’t hit back.

Jub Jub tries to make peace between the two, but Babes is having none of it. The intoxicated Babes continues to hit Mampintsha and Jub Jub.

Moja Love’s head of channel, Bokani Moyo, said Impilo was a “doccie series” that delves into the lives of famous personalities.

Read: It’s ‘tricky and sensitive’, and back on for Babes and Mampintsha

The couple opened cases of assault against each other, but they later withdrew the charges.

Moyo said: “The doccie shows another side to the couple’s lives and gives insight that has not been revealed on any other media platform. Following the video that went viral, Jub Jub – as a friend of the couple – wanted to clear the air because they felt they had been misunderstood by the public.”

City Press tried to approach Mampintsha and Wodumo for comment, but they were not available.

On the show Jub Jub shares how the industry dug a grave for him. But, he said, he came out of prison “strong”. He was convicted of culpable homicide for the death of four children in a drag race in December 2012. He was sentenced to 10 years but was released on parole in 2017.

Related Links
Social media can be cruel and hurtful
Babes Wodumo gives a voice to many abused women
Babes Wodumo: I can't go back. He will kill me
Share
Next on City Press
Miss SA: The public has spoken