Movie review: The Gift is a stunning thriller 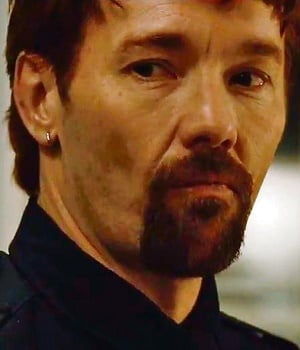 Joel Edgerton is suitably off kilter in this stunning psychological thriller

It’s hard to write a review about The Gift without giving away deliciously tense pieces of the plot. Suffice it to say that debut director Joel Edgerton has delivered a psychological thriller so tightly wrought and charged with foreboding that I found it hard to sit still while watching it.

Briefly, the story line follows couple Simon (Jason Bateman) and Robyn (Rebecca Hall), who have just moved into a new house. After they run into Gordo (Edgerton), one of Simon’s old school acquaintances, Gordo’s overzealous enthusiasm to start a friendship turns menacing when the couple don’t return his advances.

Something happened between Simon and Gordo in high school, and it wasn’t good.

This film is as much an unsettling look at the long-term effects of bullying (which really should be called something more accurate, such as school harassment) and today’s win-at-all-costs culture that makes it okay to beat down the weak to get ahead.

Bateman is superb in his role as, well, an arsehole, and Edgerton’s subtle portrayal of a quietly off kilter outsider about to snap is masterful. You are always unsure of who to root for, and the final twist is like a blow to the head

We live in a world where facts and fiction get blurred
In times of uncertainty you need journalism you can trust. For 14 free days, you can have access to a world of in-depth analyses, investigative journalism, top opinions and a range of features. Journalism strengthens democracy. Invest in the future today. Thereafter you will be billed R75 per month. You can cancel anytime and if you cancel within 14 days you won't be billed.
Subscribe to News24
Related Links
The Gift
Next on City Press
BET awards a dismal failure and getting worse