Nasty C is a global phenomenon in the making 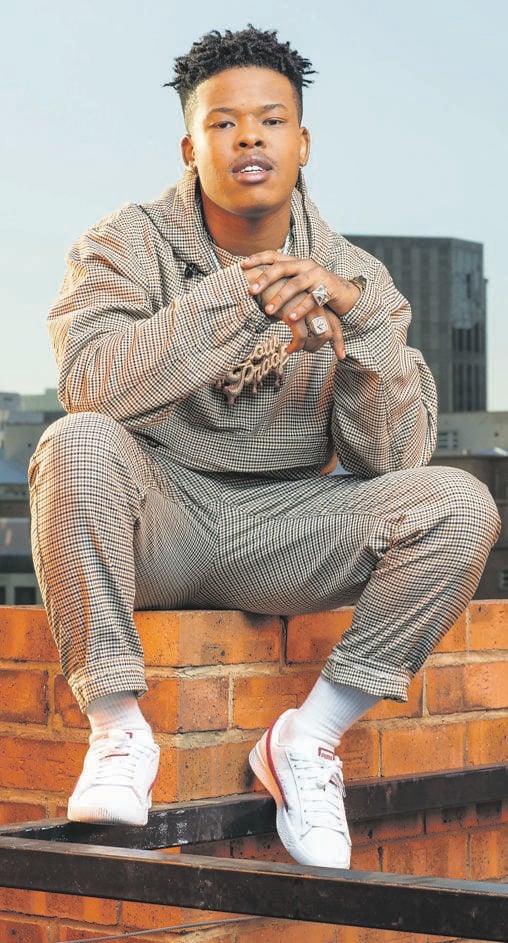 putting it out thereNasty C

IN PARTNERSHIP WITH REDBULL

In a short space of time, rapper Nasty C has become one of our best local exports – something his new record deal affirms. With the support of the local hip-hop fraternity, he now gears up to bring you an intimate concert tomorrow night, writes Phumlani S Langa

The new pride of local hip-hop has had a busy lockdown period. Famed rapper Nasty C has managed to get himself signed up by the powerhouse US record label Def Jam.

And then there was the memorable rap battle with another celebrated local rapper, Emtee, on Instagram.

Tomorrow, on Freedom Day, Nasty will give fans an intimate set to help pass the time as we head towards level 4 of the Covid-19 coronavirus lockdown.

City Press spoke to the young rapper, whom the streets have taken to calling Junior, about his upcoming set, which is supported by Red Bull.

“It’s going to be a really dope piece to watch. I will do some of the fans’ favourites and a special dedication to a friend of mine whom I lost recently.”

Covid-19 has forced many artists to push the release of their albums back, with few daring to release during this period of confinement.

The Zulu man hopes to get his next project out this year.

His sophomore album, expected to be released next month, has been pushed back because of the global pandemic.

This follows the success of his award-winning album Bad Hair, released in 2016, and Strings and Bling (2018) which are both SA Music Award winning albums.

Twanging just a bit he says: “We’re looking at dropping the album this year, hopefully in June, so look out for that.”

READ: #TheRevolutionofSAhiphop: The culture steps up to combat Covid-19 Nasty C is on the up and up. Picture: Osborne Macharia

Last year, Nasty C collaborated with Red Bull on the Red Bull Lift As You Rise EP that was released in December 2019 and recorded at the Red Bull Music Studios in Cape Town.

The EP forms part of An initiative of Red Bull Music and Tall Racks Records, giving artists from around the continent the opportunity to submit their own 16 bars to tracks that already featured verses by Nasty C, Tellaman, Gemini Major, Rowlene, Lastee and Zino D.

Eleven artists were chosen and the result is the 6-track Lift As You Rise EP which is available now on all streaming platforms.

Speaking from his home, the Durban spitter tells us he has been using this time in lockdown to put in some work.

“I’ve been recording, making beast, shooting a lot of videos. I bought a lot of equipment before the lockdown so we’ve been getting busy. Playing a lot of games, too, like Grand Theft Auto, Fortnite, which I don’t get at all. A little Fifa.”

So what about his next album? His single, There They Go, is out and performing well.

“As far as the album goes, expect a trip. When I listen to it and look at the first draft of the artwork, it’s something different. Some people won’t like it and others will go crazy for it. I’ve got Burna [Boy] on there. Someone who inspired me is on there. That’s T.I. I also worked with No I.D. as executive producer which was fire. Also had some of my own production on there which is fire.” Speaking about the latest craze of artists duelling each other on Instagram fresh off the back of what some might say was a victory for him against Emtee, he says: “It’s really good for the culture. Fans get to see artists interacting with one another, making up for not seeing us at shows right now. It makes people fall in love with the music all over again.”

I’d like to see more South African content creators and journalists supporting local artists, first. The US eat up their own content before we even know about it. We get it after. Look how everyone got excited for me signing with Def Jam but I’ve been here doing it in your own country, right here for a while
Nasty C

Recently, he made headlines for signing with Def Jam Recordings, a prolific stable that boasts names such as Dave East, Big Sean, Jhené Aiko, Kanye West and Pusha T, among others.

“It feels cool. We haven’t done much yet, considering where the world is right now, but it’s going to be great.”

Nasty wants to increase not only his image in the US but also his global reach. No other rapper in the country has reached his heights and the responsibility he now carries on his shoulders is immense.

In hip-hop, when someone from your hood, in this case country, makes it out, there’s an unwritten law that they should put on their people. We saw it with Eminem and D12, as well as many others.

Nasty, in essence, has made it out. So, does this law apply still?

Speaking in a very nonchalant way, he says: “The main object is trying to open the gate and give South Africa more of a chance instead of this thing where people entertain the stereotypes they get from one video or one artist who perhaps doesn’t fit what they might like in the US.”

He says he is enjoying the wave of vibrancy sweeping across local arts. “I think we’re on the right track. We have been for a minute and now it’s starting to pay off.”

He emphasised a major flaw in the media space: “I’d like to see more South African content creators and journalists supporting local artists, first. The US eat up their own content before we even know about it. We get it after. Look how everyone got excited for me signing with Def Jam but I’ve been here doing it in your own country, right here for a while.” He says he had a deep discussion with the infamous TV presenter, Scoop Makhathini, about this topic just a few days go.

“We always look outwards. How come we don’t have a behind the music like MTV did on T.I. and Lil Wayne? We have our own channels, Channel O. I haven’t seen anything like that.”

His voice fills with fire as he says: “We don’t really know what happened to Prokid or HHP – speak to the family so we can know what really went down.”

He wants to put himself in a position to facilitate this idea of preserving a legend, starting, of course, with his own career.

Last we spoke to Junior he was aiming to release a book, but this has stopped.

“Yeah we decided to put that on pause for a bit. A lot of stuff that deserves to be in the book is happening right now so we’re going to let things play out first.”

We live in a world where facts and fiction get blurred
In times of uncertainty you need journalism you can trust. For only R75 per month, you have access to a world of in-depth analyses, investigative journalism, top opinions and a range of features. Journalism strengthens democracy. Invest in the future today.
Subscribe to News24
Related Links
#TheRevolutionofSAhiphop: The culture steps up to combat Covid-19
Listen to our picks of the newest music in 2020
US lures Nasty C, Tellaman
Next on City Press
Live Easy pioneers SA’s next-generation ‘impact housing’ trend