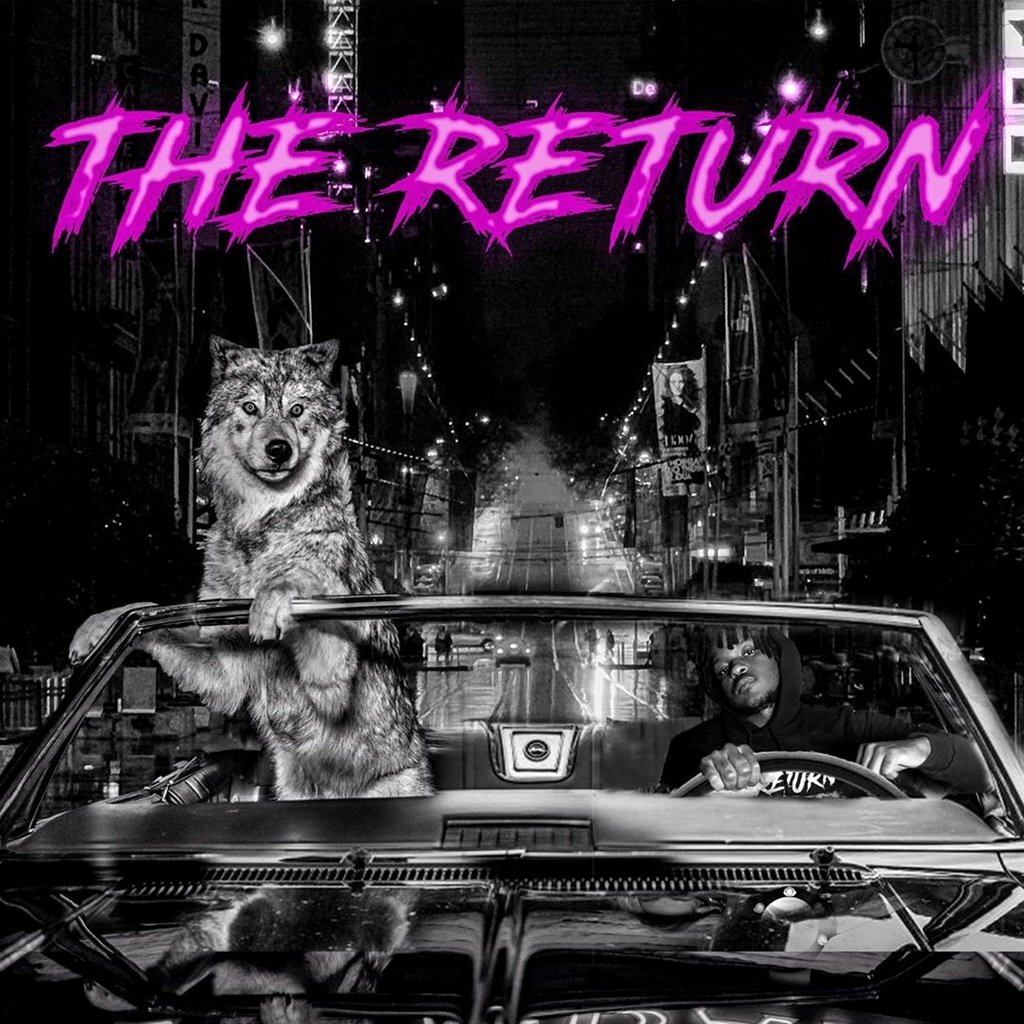 Aewon is back! He leads the rap pack as he comes out first this year with an album that should get people talking. pictures:supplied

Aewon Wolf let go of the reins at the soaring height of his career. He returns to the airwaves after taking time off to throw his influence behind rising talent as well as focusing on himself - and you can hear it in the music.

Aewon Wolf's first album in two years starts off with a prologue as an intro. A woman is heard over a placid trap beat sharing her insights on success in contrast to normalcy and the strange complexities that come with either reaching a level of accomplishment and how this tends to alter a person’s frame of mind. Or not reaching a target.

The soliloquy is dispersed by the opener, a thick beat drops for Jomo Sono as far-off chants of Aewon reveal themselves in the background of this sweltering instrumental. Aewon kicks a free style that actually sounds like he’s summoning the words from deep in his mind with spaces in between the bars where his train of thought lies.

He takes a leaf out of Eminem and Paul Rosenberg’s book with a skit called Joe publicist. A publicist inquires what this whole positivity and upliftment thing Aewon is on, is all about.

The kids apparently don’t want any of that, “They want money flashing, bootys clapping, grills, lean, cheap thrills and all of that,” Joe says.

Then his leading single Cool Kids comes in. He shows off his grasp of creating pop sounding raps with a beat that is almost Avichii-esque but the breaks are undeniable and that cheeky little cow bell that rides the undertones of the beat is very funky. You really need to see the video for this.

For all intents and purposes, he mocks the idea of being cool by doing some incredibly corny things in the video, complete with an awkward looking dance routine. I do enjoy listening to this man wrestle with the idea of fame, reminds me a bit of early Drake. The edit on the visuals is menacingly well carried out.

Now this brother is deep in the throes of love with his girlfriend and that energy is easily detected on Thandolwami featuring Masandi.

An almost Afro pop beat that could work for a wedding step allows Aewon to pay an ode to his love and recount how his connection with his person grew.

There are a few understated hints of marriage being in the pipeline. This song is fitted with the kind of hip swaying beat that should see it do well on radio.

Love seems to be well within his wheelhouse as he keeps the romance going on Something Special, a minimal dancehall ballad with traces of patois and the arrested accent. I could always do without this track on any album but fortunately it’s a short one.

Right after this ironically, Joe returns in another skit, commending him on the pop driven love song. Aewon responds by suggesting Joe won’t like what comes next.

A politically ignited track kicks in, Afro beats are chosen to facilitate Aewon’s introverted exploration of his own blackness. He sings about how he doesn’t trust politicians and pondering on notions of brotherhood and how this can disintegrate as a result of pride.

Through it all, he remains an optimist and hopeful.

You may start to question his range, yes, he has done a bit of singing here and there but besides the quirky Cool Kids, we don’t see that more playful Aewon till The Gospel (Perfect 2.0).

A light-hearted but chemically-inspired instrumental prances out the speakers as a hissing snare drum makes way for Aewon. He even removes the curse as he talks about God a little, and weed, general upliftment. It sounds a little like he might be trying to corner the religious market, and why not, those people buy music. Plotting his return on holiday. pictures:supplied

It’s good to have him back as he comes across as the kind of guy who does more than create music, he’s inclined to raise the game of those around him.

We would like to see him, Shekhinah, Sketchy Bongo and Ryki drop an album as a collective but that might be wishful thinking. His reprisal ends with Hide, another hope filled song that stresses a focus on love on yet another beat you wouldn’t expect a rapper to use. He seals the project off with another slapping freestyle called Stay Away.

It was an interesting listen, even the go-to moves rappers do are a little different when Aewon is rhyming.

Very clean, there is a thread that is woven through the whole album, painting a sonic portrait of an artist who happens to find himself on a pedestal but is completely thrown by the idea of fame and finds it hard to stomach.

After speaking to him, we can easily understand why the music sounds like that and all we really ask is for artists to tell their truths. He does that.