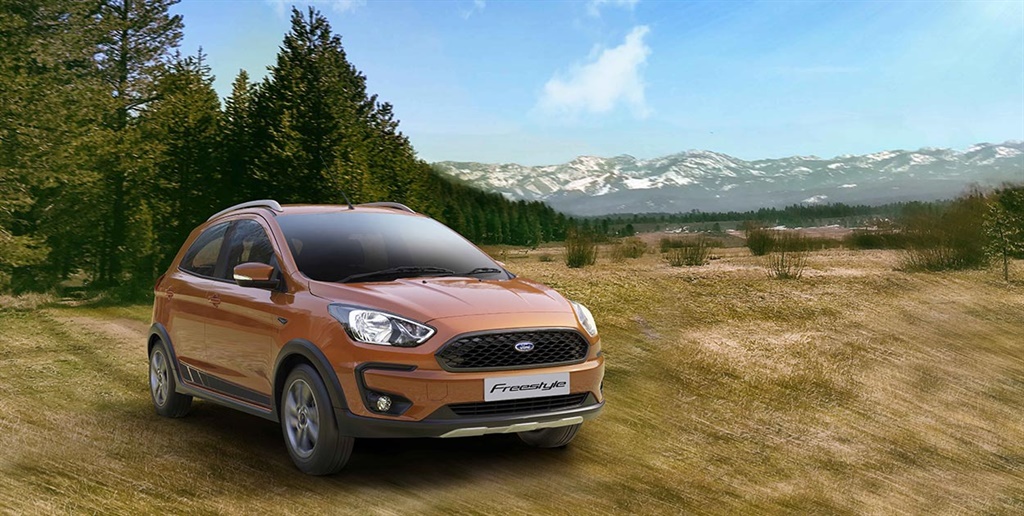 The Ford Figo Freestyle is comfy ride on dirt roads and other uneven surfaces. Pictures: Supplied

The car industry hasn’t forgotten those who have to budget carefully. Justus Visagie shares six options to look out for.

In spite of South Africans’ diminishing ability to acquire new cars, brands will flood us with tons of desirable metal in the new year. Here are some exciting, fuel-efficient, affordable SUVs and hatchbacks that are on their way (all prices are guesstimates and denote the starting prices):

It’s not much more than a restyled Figo hatchback, but it does have a smidgen more ground clearance and should offer a comfy ride on dirt roads and other uneven surfaces.

This compact utility vehicle gets its power from the same feisty and fuel-efficient 1.5-litre petrol unit that powers the Figo. It will be available in manual and auto, and have stability control to prevent dangerous skids.

Honda will unleash the WR-V in South Africa next year. It slots in beneath the HR-V and is based on the Honda Jazz, but is slightly bigger.

The WR-V has a larger boot than the Ford Figo Freestyle but, according to our info, it is not equipped with the Jazz’s Magic Seats that make the little Honda such a versatile luggage lugger.

The WR-V will probably use the 1.5-litre petrol engine from the lower-spec HR-V, so performance and fuel economy will be commendable. The model has good ground clearance, making it equipped for any road. Since its launch two years ago, the local vrrrpah! crowd have been yearning for the coming of Hyundai’s first full-size hot-hatch, the i30 N. N is to Hyundai what M is to BMW, and the Koreans even poached at least three senior engineers from BMW’s M division to help establish the N performance brand.

If critics in other markets can be believed, the unassuming i30 N is as good as the mighty Golf GTI and faster in a drag race, at the very least. Maximum output from its 2-litre turbo engine is 202kW and 353Nm. Unlike those of its competitors, the engine and gearbox will be under warranty for seven years or 200 000km! It will be a busy year for Hyundai, as they will also introduce the new Grand i10, i20 and Creta. Next year will see the coming of the most exciting Peugeot for decades, the 2008 small crossover. It will go up against the VW T-Cross, Renault Captur, Ford EcoSport and company, and probably beat them – especially in terms of perceived quality, luxury and style. Joining the 2008 will be its hatchback sibling, the new 208.

The same year will see the new Opel Corsa arrive. It’s based on the 208, as the Opel Crossland X and Grandland X are based on bigger Peugeots. The new year will see Renault bring another crossover called the Triber, based on the Renault Kwid, a famous car but a poor performer in crash tests. A source says the Triber’s platform is a significantly adapted version of the Kwid’s, so we’re hoping it will score higher in crash tests than the Kwid’s 0/5.

The Suzuki S.Presso, a micro SUV, will land here in a few months to take on cars such as the Renault Kwid, Mahindra KUV100 and Hyundai Atos. It will have the Celerio’s 1-litre engine, but, because it weighs less than 800kg (about half the average car’s weight), performance will be zippy. Fuel consumption should be less than 5 litres per 100km (20km/litre), and the boot is generous relative to the car’s compact size.

With Suzuki’s legendary reliability, the S.Presso might just be the most important car of 2020.

Share
Next on City Press
Movie review: Jumanji and the endless saga of poorly made sequels