Shona Ferguson: The sad end of an era Many in the entertainment industry are still reeling following the death of creative director, producer, writer and actor Shona Ferguson on Friday.

“Uncle Sho”, as he was affectionately known, has been described as a pioneer by actors, colleagues and creatives alike.

The co-founder of Ferguson Films succumbed to Covid-19-related complications after being diagnosed three weeks ago and admitted to hospital a week later.

Fellow thespian Sello Maake Ka-Ncube tweeted: “Death, be not proud. You have robbed the industry of a shining son.”

Ncube, who acted alongside Ferguson in a number of productions, including Mzansi Magic drama The Queen, expressed his condolences to fellow actress Connie, Ferguson’s widow.

“My sister, I literally feel your pain. I have no words I can say which will soothe the grief you’re feeling. Only the hand of life can carry you through this one,” he wrote.

“You gave insights into your journey and irrefutable ambitions. May your words be a reminder that the light inside is from the Almighty and no one can deter God’s plan. You ran your race. My love and condolences to Aus Connie and your family,” she said.

Shona and Connie started Ferguson Films in 2010. Prior to that, the Botswana-born actor made television appearances on shows such as Generations and Muvhango.

He went on to create magic through shows produced by Ferguson Films, including The Wild, Igazi, The Throne and The Imposter.

Sports broadcaster Robert Marawa said: “An innovator and a pioneer! Words fail us in comforting your beloved wife Connie, your family whom you loved so much and your colleagues. Such a tragic day. Such a loss. Go well, gentle giant.”

Following the success of its first Netflix series, Kings of Jo’Burg, last year, Ferguson Films announced the launch of the Ferguson Film School.

“Building a sustainable film industry is a constant vision we’re working towards. We’re committed to raising future film industry leaders and the Ferguson Foundation intends to be the ladder that offers a step up for our communities,” Ferguson said last month. 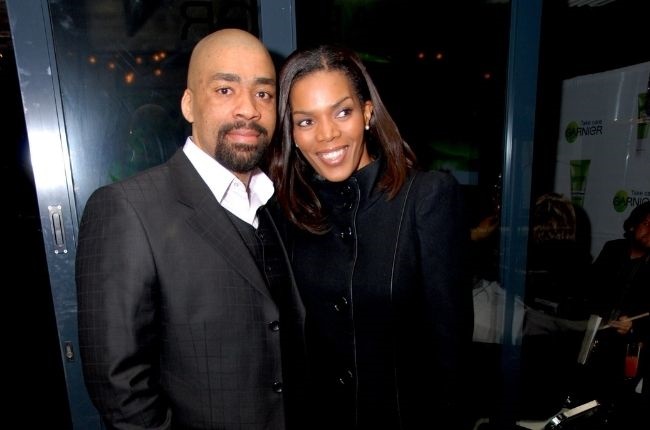 Actor and producer Shona Ferguson has died due to Covid-19 complications. Photo: File Media personality Azania Mosaka admired the love Shona and Connie had for each other.

Former DA leader Mmusi Maimane said: “This is really heartbreaking news. May Shona’s soul rest in peace. I pray that his wife, family and friends will be comforted by the Lord at this difficult time.”

A statement released on behalf of the

Ferguson family read: “We ask that you give the family time to process this painful loss and respect their space during this time. More details will be shared in due course.”

We live in a world where facts and fiction get blurred
In times of uncertainty you need journalism you can trust. For only R75 per month, you have access to a world of in-depth analyses, investigative journalism, top opinions and a range of features. Journalism strengthens democracy. Invest in the future today.
Subscribe to News24
Related Links
Actor and media mogul Shona Ferguson passes away due to Covid-19 related complications
The Queen rendered financially unviable
High expectations for Connie and Shona Ferguson’s latest show
Next on City Press
Live Easy pioneers SA’s next-generation ‘impact housing’ trend