Thandiswa Mazwai, or “King Tha” as she likes to be known, celebrated her 42nd birthday on Saturday with a show dedicated to a women-only audience.

Men who didn’t identify solely with their gender of birth were also welcome.

“And I do think that there is something bold in choosing a particular audience. In creating ‘only’ spaces,” Mazwai told City Press.

“The act in itself is revolutionary because there’s something about women owning their own time, owning their ability to spend time in each other’s company that isn’t really accepted in society. Society wants women to be told what to do. For us choosing to spend this time with each other is a revolutionary act.”

City Press was in attendance to capture some of the moments from the show which began at 4pm and included talks by Prof Pumla Gqola, Milisuthando Bongela and Beverly Ditsite, as well as poetry from Koleka Putuma and Lebohang Masango and DJ sets from Lady Skollie,Vardz and Maria McCloy.

Mazwai also paid tribute to Winnie Madikizela-Mandela and dedicated a song to her – just two days before the struggle veteran passed on.

The backdrop of her stage had Madikizela-Mandela’s picture throughout. The audience was only made up of women at her request PIctute: Rosetta Msimango 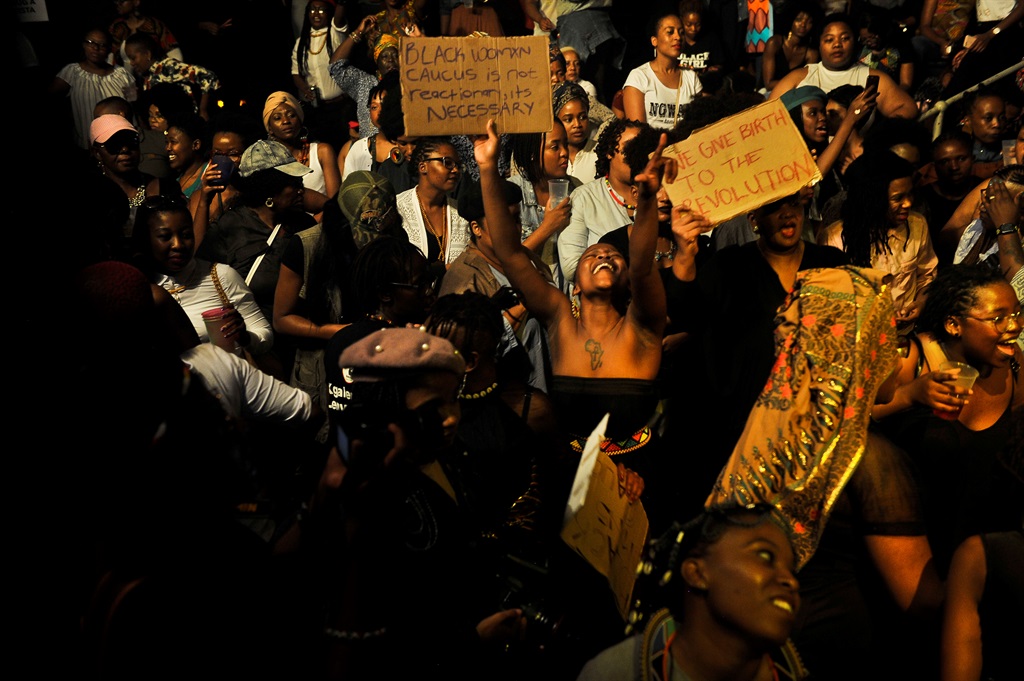 The audience listening to Milisuthando Bongela who spoke about love.
We live in a world where facts and fiction get blurred
In times of uncertainty you need journalism you can trust. For only R75 per month, you have access to a world of in-depth analyses, investigative journalism, top opinions and a range of features. Journalism strengthens democracy. Invest in the future today.
Subscribe to News24
Related Links
It’s not anti men: Thandiswa’s ready for her womxn-only party
Pictures: The incredible Thandiswa Mazwai
Next on City Press
T.I. chats to us about being at the Tip of trap music Read more on:
winnie ­madikizela-mandelathandiswa mazwai
Podcasts
Podcast | How to pay off your home and car

Choose a newsletter
Voting Booth
Thousands of Gauteng motorists who refuse to pay their e-tolls could be fined R500 every time they drive under a toll gantry from July next year. In addition, they will have to pay a R100 levy for every one of these fines.
Please select an option Oops! Something went wrong, please try again later.
e-tolls must be scrapped
67% - 10 votes
I still won’t comply
13% - 2 votes
I’ll do my duty and avoid fines
13% - 2 votes
Good idea to help the economy
7% - 1 votes
Previous Results
Dumisane Lubisi
Tributes from friends and colleagues of Dumisane Lubisi