The end of The River for Mbali 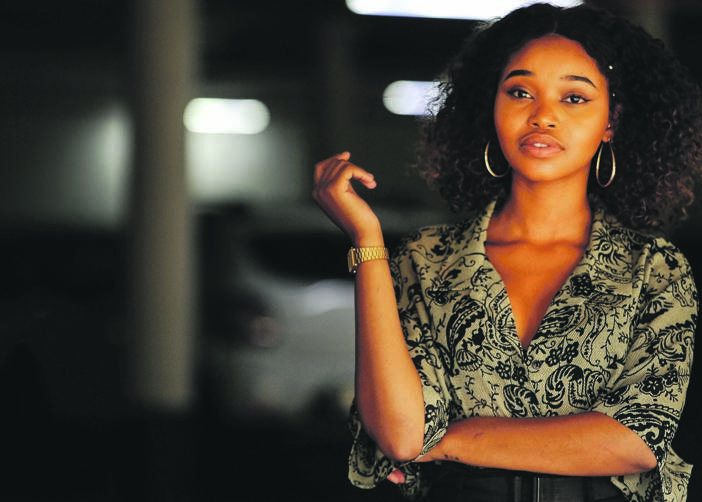 Her schoolmates teased and booed her in a drama class in high school. They told her she couldn’t act, and on that day, she made a promise to herself that she would never try acting again.

Little did she know that five years later she would land her first acting role on TV, which turned out to be a big one.

Her followers were left heartbroken by the fact that Mbali was killed and they would never see her again on The River.

Speaking to City Press this week, the 22-year-old from Benoni in Ekurhuleni admitted that it hadn’t been easy to say goodbye to her character after two years. “I remember reading the script and feeling challenged. I asked myself how I was going to pull it off. But I had to remind myself that I’d been playing Mbali for two years.

“This is the only person who stuck by Lindiwe when everyone turned their backs on her. Her weak spot was always her mother, which came from a place of both love and naivety,” she said.

She added that she had to sit and think of how many times the character of Lindiwe had hurt and betrayed other characters in the series, and still got away with it.

“All those emotions came in and that’s how I delivered my last scenes,” she said.

She explained that those were emotional scenes to shoot and it wasn’t easy coming out of character after she was done shooting her last scenes. “After the last take, I just cried hysterically,” Maseko said.

The River was her first acting job, and she has learnt a lot from Dlathu and Dandala.

“From day one they held my hand, and they have been mentoring and coaching me every step of the way. We were all a big family on set. I was very close to everyone on set, especially Sindi.

“I would go to her when I was feeling insecure about my work and sometimes when I wasn’t sure where I was going with my career and life in general,” she said.

Asked about how she landed her role on The River, she remembers: “I was 19, and the acting opportunity presented itself to me. It all started after I posted an artistic picture on my Instagram page. I then received a DM from someone I’d never met and he told me about The River auditions.

“But I was doubting myself because I had low self-esteem, especially after I was told I couldn’t act in Grade 8,” she said.

However, her mother, Nokuthula, encouraged her to audition so she gave it a bash.

She auditioned for the part of the glamorous Faith, played by Anele Ney Zondo, not Mbali’s role. “I remember I auditioned for an emotional scene and the casting director was blown away by my acting skills.”

Three weeks later she received a call back that she had landed the role of Mbali. It was a day that changed Maseko’s life.

At the time she was still studying biochemistry at the University of Pretoria. “Being raised by a mother who is a chartered accountant and a medical doctor father, I was only exposed to these two careers. That’s the reason I studied biochemistry.”

Although she was doing well in her studies, she dropped out after writing her final exams in her second year.

“I passed very well, but I didn’t go back the following year, because I had just discovered what I love. I went to a fashion media orientation session at Lisof fashion design school and I fell in love with it.”

Last year she followed this passion when she enrolled for a full-time three-year BA degree in fashion media at Lisof.

“I am enjoying it because I love fashion. My mother has been very supportive and she encourages me to be whoever I want to be in life.”

When asked what was next for her, acting-wise, she said: “I might not have any acting work right now, but I know that being on The River was a good foundation to launch my acting career.

“That was the beginning of greater things.”

We live in a world where facts and fiction get blurred
In times of uncertainty you need journalism you can trust. For only R75 per month, you have access to a world of in-depth analyses, investigative journalism, top opinions and a range of features. Journalism strengthens democracy. Invest in the future today.
Subscribe to News24
Related Links
Meet Phathutshedzo Makwarela, the man behind The River
The River sweeps the Saftas
Phathutshedzo Makwarela, living his best TV life
Next on City Press
Goodbye J&B Hive: A trip down memory lane