The era of child influencers is upon us One thing that has stood out during the social media evolution is the advent of the influencer. What was thought to be merely a platform for celebrities who fill the pages of gossip rags and TV screens has now become a real way for ordinary people to make money and introduce the world to new and fresh identities that break out of the celebrity archetype and feel more authentic to the common person.

In recent years, we have seen another evolution in social media: kidfluencers. They are taking over the space. With many raking in hundreds of thousands of devoted followers, child influencers have opened the market to a new kind of celebrity.

READ: How social media networks are used to lure people into investment fraud

Last week, Kairo Forbes, child of DJ Zinhle and rapper AKA, posted an adorable video of herself interacting with her newborn sister Asante. “Sante, you think you’re at the beach! No, don’t eat your finger,” she said in the endearing interaction.

Little Kairo Forbes is a verified account on social media platform Instagram and has amassed more than one million followers.

However, social media can also be a dark place, filled with trolls, bullies and predators, especially for impressionable youngsters. Just this year, news broke of a prominent advocate and his co-accused soliciting nude images and child pornography in a human trafficking attempt through social media. This poses the question of the morality of having toddlers and prepubescent children on these platforms.

It’s better to wait as long as you can before giving your child access to social media. The content of some of apps isn’t age-appropriate for younger viewers.

“Also, the terms and conditions of many of the apps stipulate that they’re intended for users 13 years or older. Yet younger kids often get access to them because of peer pressure or parents wanting to be kind to their children or get into their good books.”

READ: Why mums kill their kids

For many parents, social media has become a tangible and sustainable way to earn an income and sustain their families. For others, such as media personality Ntando Duma, social media becomes a way to document the intimate and close relationship she has with her daughter.

Taylor Morrison is South Africa’s very own sweetheart. The seven-year-old social media influencer has gained traction on Instagram, Facebook and TikTok and has attracted more than 340 000 followers across these platforms with her cute, kid- friendly content. She has been an Internet sensation since the age of two. 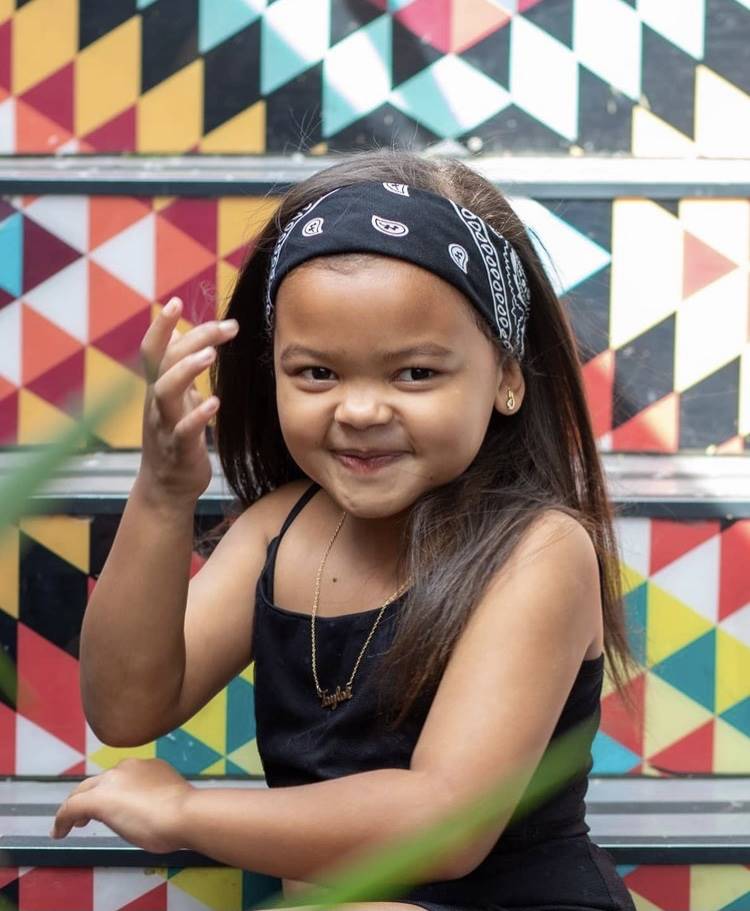 People think it was me wanting this, but Taylor became famous all on her own.

“When she was two, she went viral and we’ve just opened a Facebook account for her. This year we took it to Instagram too. The rest is history,” she said.

The sassy seven-year-old is not only gifted with a lovable personality, but sells products and services to her many followers.

Yet, however innocent, the effects of social media on a child can be devastating.

A 2017 study by the Children’s Commissioner for England surveyed 16 boys aged eight to 12. It showed that social media had created a deep and intense feeling of isolation among the youngsters.

“It’s possible that children are more open to the pressures of society through social media,” says Van der Walt. “In some instances, kidfluencers might need to leave school [to devote themselves to their social media activities] and that’s a problem, as it’s a basic human right to receive education.”

“I’m well aware of the dangers that can manifest on social media for kids,” says Kim Morrison.

I’ve given Taylor the space to make videos whenever she wants. She’s driving the boat. She recently got into unboxings and TikToks.
Kim Morrison

The relationships between parent managers and their kidfluencers can also spark irreparable issues.

“The parent can force the child to continue when the child might not want to. The parent might be living their dreams through the child. The parents might only see the financial benefits and not care about the child’s basic needs. It’s telling that in some countries, this is regarded as child labour,” says Van der Walt.

READ: Millennials have arrived in the workplace, and they believe in better communication

Since evolution is an unavoidable constant, balance is the greatest tool. Laws that protect children on social media are needed, as well as parents who are critically aware of the paradigms that exist on these platforms and how they can manage their children’s star quality.

Taylor Morrison’s mother is an advocate for children using social media based solely on her daughter’s desire to continue creating content. “We really are going with the flow. My only concern lies in the fact that Taylor might change from the modest little girl she currently is, but I try to remind her every day that it’s important to remain humble and never let the trolls win.”

Van der Walt advises parents to ensure that their children’s social media usage, school and home lives are proportionate. “Balance is always possible if the parents are mature and focused on their child’s wellbeing, rather than on making money. The daily life of the child needs to be managed so that there’s a balance between their normal day and their activities as a child influencer. Parents also need to decide on the level of privacy of their child and family,” she says.

We live in a world where facts and fiction get blurred
In times of uncertainty you need journalism you can trust. For 14 free days, you can have access to a world of in-depth analyses, investigative journalism, top opinions and a range of features. Journalism strengthens democracy. Invest in the future today. Thereafter you will be billed R75 per month. You can cancel anytime and if you cancel within 14 days you won't be billed.
Subscribe to News24
Next on City Press
Ten iconic images that tell Winnie Madikizela-Mandela’s story of struggle and triumph through fashion