The future of celeb gossip bloggers: Cardi B takes Tasha K for all she’s worth As justice favours US rapper Cardi B after celebrity blogger Tasha K created false rumours about her, Janice Phiri analyses the future of the celebrity gossip blogs.

As technology becomes more accessible, the lines between right and wrong seem to have become blurred. The entertainment industry is perhaps the most affected as the general public watch the lives of celebrities under a microscope and indulge in rumours.

The feud between the two began in 2019 after Cardi B sued Tasha K for making defamatory comments about the Bodak Yellow hitmaker. Cardi B said Tasha K had tormented her for more than a year, making false rumours about her health and career.

“By making and publishing the statements, and campaign of harassing videos, including the defamatory videos, the defendants were intending to cause the plaintiff emotional distress.”

Cardi B also claimed that the malicious rumours had taken a knock on her mental health and relationships with her family and the general public.

In an exclusive interview with talk show host and LGBTIQ+ rights activist TS Madison Hinton earlier this year, Tasha K said she was grateful that everything happened the way it did: “In life you’re going to fail, and so when you fail is it necessarily you failing if you’re going to be better. This made me better, imagine if I was bigger, then the amount would be more. I’m excited and I say that humbly, I’m excited that everything happened the way it did.”

Though Tasha K was feeling grateful then, she is singing a different tune now as Cardi B was awarded $4 million (R71.4 million) earlier this week. The win only got sweeter for the rapper as she has taken Tasha K for all she’s worth.

Though Cardi B was awarded damages for her mental distress, questions surrounding the ethical nature of her lawsuit have begun to make the rounds on social media, with people questioning whether she was justified in taking Tasha K’s belongings.

The rapper has had a lucrative career, first in reality TV, and then as one of the world’s most renowned women chart-toppers and Grammy Award winner. With a net worth of $24 million, she is undoubtedly in a different league from Tasha K whose net worth is just $1.5 million.

Rumours about celebrities are a staple on social media. Whether it’s about the late US rapper Tupac Shakur, alive and living his best life in Cuba, or about Super Freaky Girl hitmaker Nicki Minaj’s derriere implants exploding on stage, there will always be a blogger ready to talk about what they’ve heard through the grapevine.

And while many of these rumours are just that, they make for great entertainment and are often debunked over time. Unfortunately, while celebrities seem far removed from ordinary people’s everyday experiences and their lives are constantly under a microscope, we often forget that they are real people with feelings and families. For Cardi B, her revenge came in the form of a lawsuit, and for many other celebrities who are at the mercy of gossip blogs, it will look entirely different. Photo: Twitter

Earlier this year, TV presenter and media personality Moshe Ndiki made the headlines after getting into an altercation with the insufferable celebrity gossip blogger Musa Khawula.

Like Tasha K, Khawula has made a career off false and often outlandish rumours about South African celebrities. Things got to a head after Khawula falsely tweeted about Ndiki’s failed marriage to ex-husband Phelo Bala. On a Sunday night at the premium White Sunninghill Bar and Lounge in Johannesburg, they would get into an altercation and a physical fight.

Is there a way for celebrity bloggers to be ethical?

For most writers and journalists, being ethical is a big part of the job, with the courts and regulatory bodies in place to ensure that all of them report ethically and always truthfully.

Unfortunately, as social media has evolved into citizen journalism, the internet is now littered with various sources, peddlers of rumours and writers who not only create the content, but are also sensational in order to gain followers and generate income.

This unfortunately means that the only way for artists to have justice after the damage is done, is to be absolutely harsh with those who wronged them.

For Cardi B, making an example out of Tasha K was by taking her to the cleaners for messing with her and her family. For Ndiki, it was wiping the floor with Khawula to express his anger over the lies he spread about him. 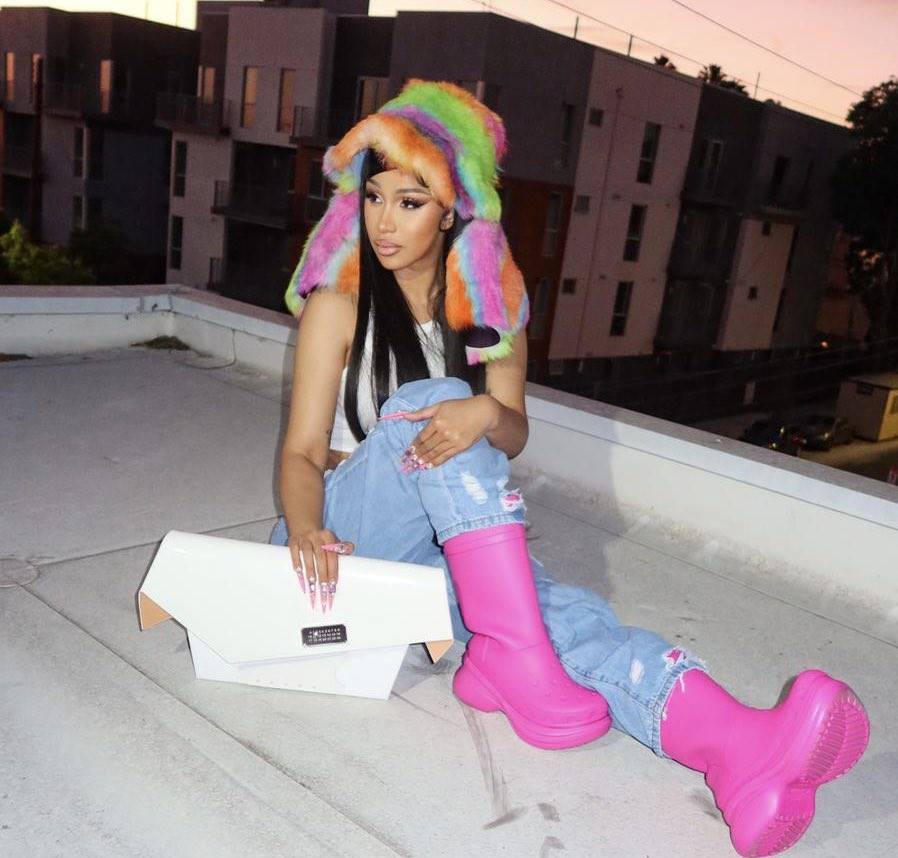 And for many more public figures and celebrities who will be crucified through gossip, it will look entirely different. Celebrity gossip bloggers are multiplying, so perhaps the laws and constraints on them should be revised.

We live in a world where facts and fiction get blurred
In times of uncertainty you need journalism you can trust. For 14 free days, you can have access to a world of in-depth analyses, investigative journalism, top opinions and a range of features. Journalism strengthens democracy. Invest in the future today. Thereafter you will be billed R75 per month. You can cancel anytime and if you cancel within 14 days you won't be billed.
Subscribe to News24
Next on City Press
Zozibini Tunzi reflects on her historic journey after becoming Miss Universe

Read more on:
cardi b