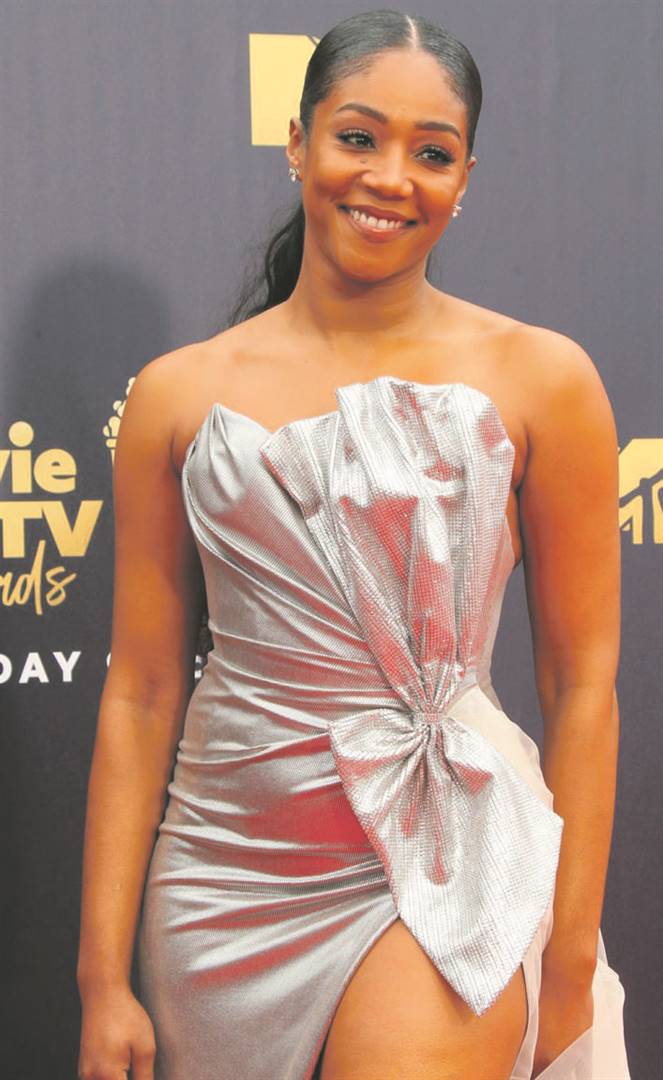 “It’s hilarious, I love messing with him. He’s so scared of me, it’s wonderful,” comedian Tiffany Haddish says, laughing, about her teasing, flirting and trolling on social media with our very own Trevor Noah.

The engaging and friendly Haddish, who says she has only ever been to the east of Africa to spend time in Eritrea – where her late father is from – is considered one of the funniest and most sought-after comedians today.

She lends her voice to Netflix’s new adult animation, Tuca & Bertie. The show is an animated comedy series about the friendship between two 30-year-old bird women who live in the same apartment building. Tuca, voiced by Tiffany, is a cocky, care-free toucan, and Bertie, voiced by Ali Wong, an anxious, daydreaming songbird.

Haddish, who is also an executive producer of the show, says: “I would love for people watching to feel a little joy, have some laughs and realise that, no matter how different you might be from each other, that doesn’t mean you can’t get along.”

Haddish’s character Tuca has an enchanting personality despite the ridiculousness and messiness that comes with being in her thirties.

The show, created by a woman, has the advantage of showing a world without rules in a terrifying and entertaining medium.

“I feel like the thing that has changed in adult humour is that it’s a lot more savvy now. Even though there are the jokes that are the low-hanging fruit, you have to be intelligent to really get it.

“And even the fact that women are creators of these shows ... I don’t know about where you’re from, but here in America I’ve heard a lot of people say women can’t be funny. But the first person to usually make you laugh is a woman – your mother.

“So now we have an opportunity to really express ourselves and show what we have to offer. We are actually just funnier. Girls rule, boys drool!”

Haddish tells City Press during a phone interview from the US that she’s usually the firecracker in her friendships.

This is a somewhat surprising thing to hear about Haddish, whose public persona is loud and intimidating to some.

“People think Tiffany is just so loud and out there, but the majority of the time I just like to sit quietly, watching.”

We live in a world where facts and fiction get blurred
In times of uncertainty you need journalism you can trust. For only R75 per month, you have access to a world of in-depth analyses, investigative journalism, top opinions and a range of features. Journalism strengthens democracy. Invest in the future today.
Subscribe to News24
Related Links
Meet the fab black 4: the first African animation series on Netflix
3 local streaming platforms you might not know about
NETFLIX REVIEW: Nonstop fantasy with The Dragon Prince
Next on City Press
Terry: I don’t owe anyone

Listen to our latest podcasts.
Voting Booth
With less than two weeks to go to election day, political parties are ramping up their campaigning, bringing out influencers and celebs at their rallies. Do you think bringing out DJs, celebs and musicians will work to win votes?
Please select an option Oops! Something went wrong, please try again later.
I'm not influenced
87% - 60 votes
A gig is gig
7% - 5 votes
Need more of it
6% - 4 votes
Previous Results
The best of 2020
Can you guess who featured in our most popular articles from 2020?