We asked the Daily Sun about their favourite tokoloshe stories "The Daily Sun wouldn’t be the Daily Sun without the tokoloshe,” says editor in chief Reggy Moalusi. We are sitting in his sunny office, going through the paper’s headlines of all the fabled creature’s stunning exploits.

Tokoloshe with the Giant 4-5!; Tokoloshe Kak in my House!; I Miss you, says Naked Tokoloshe!; declares the bold print.

Readers have come to expect a liberal smattering of tokoloshe content in their favourite daily and these headlines have helped keep it a top seller, despite the industry’s decreasing numbers. “As much as [some] people find these stories hilarious, to these people [in the articles], this is their reality. And they need a newspaper that will listen to them and entertain them,” says Moalusi.

“I tell my reporters to be mindful and not judge the people they are interviewing; the tokoloshe is what they believe in and how they see the world.”

Moalusi says many readers see Daily Sun as an institution that can assist them. After they exhaust their options and are looking for a way to get rid of their tokoloshe problem, the paper often links them up with a sangoma who can try to get rid of the creature .

This is a criterion the paper requires before sending out a reporter; the person has to be serious about what they are saying. If they have already done something – such as spending money on a sangoma – it increases the veracity of the story.

“There are many stories we don’t publish, where we can see the person is taking chances, laughing during the interview or taking it as a joke.”

One of the stories Moalusi remembers well is “Gay Tokoloshe Terror” from 2012. It was the paper’s first report of a gay tokoloshe and was very well read. He has the poster framed in his office.

“This guy was talking about how every night a gay tokoloshe wanted to get busy with him.

“The tokoloshe was very well endowed so the man was desperate to get rid of it. I met the man and he was very traumatised.”

The twerking tokoloshe was also a big hit with readers. The creature started twerking when the provocative dance went mainstream a few years ago.

Moalusi also remembers how in 2012 the SA Police Service said they were going to set up a special unit to focus on the occult, including tokoloshe incidents. 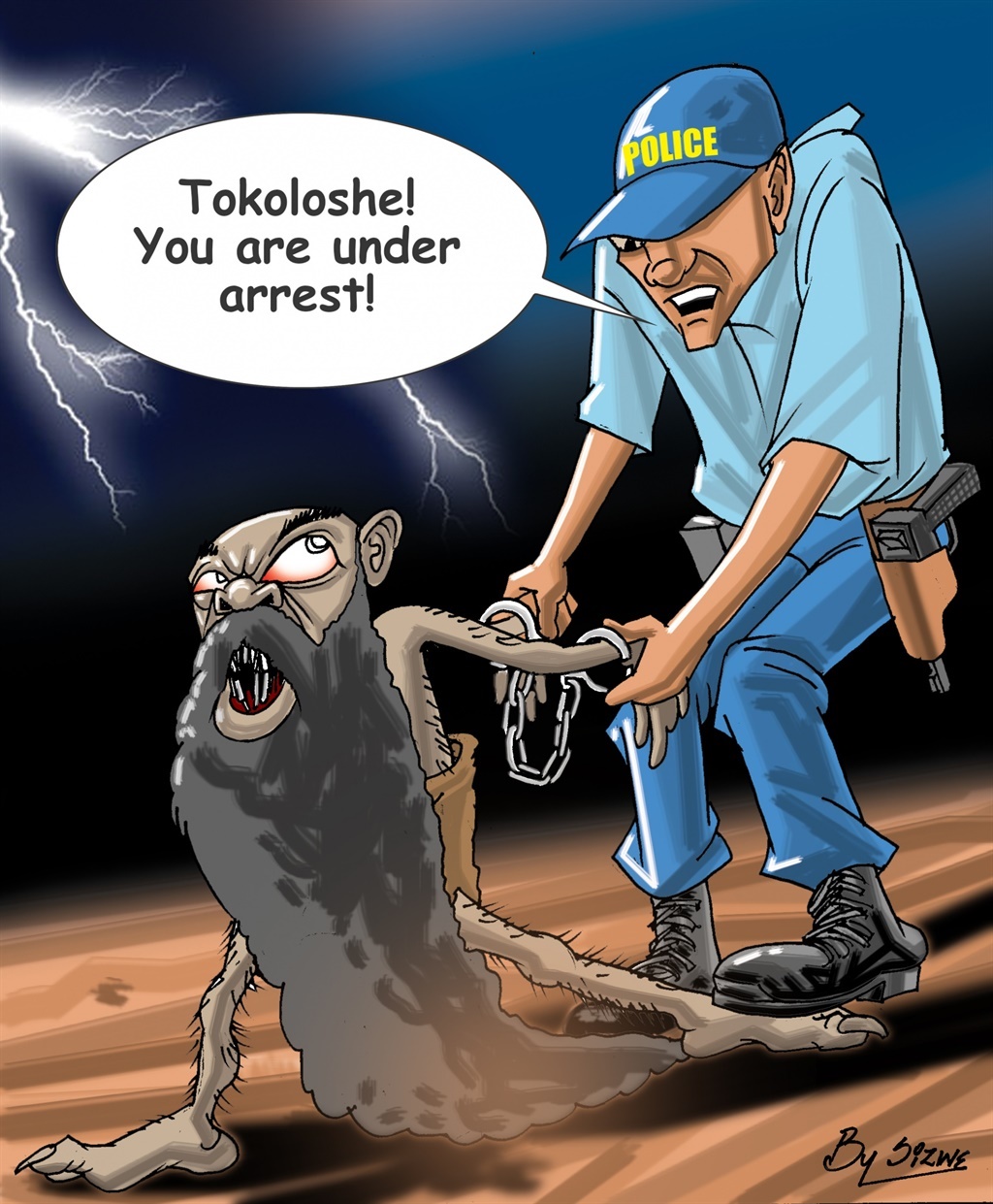 Many people said it was the Daily Sun’s reporting that spurred on the cops to focus on the creature.

Other well-received pieces included “Tokoloshe Tracker in my Bum”, and a piece about an umlungu tokoloshe, the first white tokoloshe.

We live in a world where facts and fiction get blurred
In times of uncertainty you need journalism you can trust. For only R75 per month, you have access to a world of in-depth analyses, investigative journalism, top opinions and a range of features. Journalism strengthens democracy. Invest in the future today.
Subscribe to News24
Related Links
How to get rid of the tokoloshe
Ever wondered what the tokoloshe likes to eat?
Is the tokoloshe an extension of white fear?
Next on City Press
Scorpion Kings and Tresor: One album, one mural, one Africa