What’s coming to your TV screens this year Remember when repeats on DStv, SABC and e.tv were a frustrating problem? Well, no longer.

While global and local streaming services are increasingly churning out a number of original series each year as their programming investment ramps up, M-Net is making more local content for its channels on DStv.

Free-to-air channels SABC and e.tv are also working on some new local projects, while the international TV channels that are available in South Africa and across Africa are continuing the trend of localising their schedules.

Some channels, such as SABC3, are struggling to keep their ratings up; others are having a celebratory year.

Expect celebrations and special on-air programming on both channels.

The year’s biggest local production may appear on Mzansi Magic later this year. Simply titled Shaka, the sprawling 12-episode drama has been touted as a prestige series

In the 13-part series, Jo-Anne Reyneke plays successful professional Thuli Dlamini, who has to grapple with the unspoken rule of black tax – payback to her community for helping her succeed.

Now she has to deal with the unexpected arrival of her parents at her suburban townhouse, where they have decided to live.

Divorcees will get a second chance at love on M-Net’s new local dating reality series, The Single Wives SA, based on the international version.

And, following on from the success of season 1, The Bachelor SA returns to the small screen next month with Marc Buckner as the country’s eligible bachelor.

Will the second season succeed where its predecessor failed, by delivering audiences a happy-ever-after this time?

Season 8 of Survivor SA starts in September with a new crop of castaways.

A new 13-part local family drama series, Still Breathing, airs from February 27. It revolves around a group of friends who have drifted apart but are drawn together again when tragedy strikes.

It tells the story of young love in a dystopian world divided by race.

Netflix SA will unveil Blood and Water (a release date has not been announced yet).

In this nail-biting series, shot in Cape Town, Puleng Khumalo (played by Ama Qamata of Rhythm City) is a teenager who believes that a pupil at her new high school is her older sister, who was abducted at birth years before.

The series marks Netflix’s second original South African commission after Queen Sono, which is set for release on February 28.

The six-part spy-thriller series was created by Kagiso Lediga and features Pearl Thusi in the lead role. She plays a South African secret agent whose personal life is as messy as the cases she tries to solve. It tells of four teenage girls living in a futuristic Zambia who save the world from evil-doers.

Woke in Progress starts on the local streaming service some time this year.

Created by director Rea Moeti, this coming-of-age comedy series, shot in Johannesburg, tells of two 20-something roommates. One of them is searching for her birth parents, while the other is trying to reconnect with her African roots.

After a year-long absence, the DStv Mzansi Viewers’ Choice Awards are back on Mzansi Magic, and will be broadcast live on March 14.

The 14th edition of the annual SA Film and Television Awards takes place in March (the date is yet to be confirmed).

After years of shoddy organisation and pathetic production values, it is hoped that this year’s show will see a marked improvement, given that behind-the-scenes changes are being implemented by the National Film and Video Foundation.

Season 16 of reality singing competition Idols SA is set to air mid-2020 on Mzansi Magic, and once again promises to invite as much controversy behind the scenes as it does on stage.

The year’s biggest local production may appear on Mzansi Magic later this year.

Simply titled Shaka, the sprawling 12-episode drama has been touted as a prestige series – an African version of Game of Thrones, which M-Net is hoping to export to the world.

The series is produced by Bomb Productions and filming will take place in KwaZulu-Natal. It explores the precolonial kingdoms that gave rise to King Shaka kaSenzangakhona and the characters who ruled at the time. 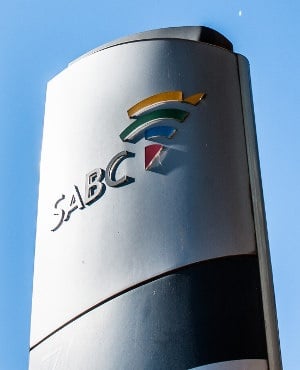 The year’s most gawk-worthy show – if it pans out – may air on Moja Love. It is rumoured that cameras will be following Hlaudi Motsoeneng, the man who wreaked havoc at the SABC, in his own reality show.

Look out for it-girl Bonang Matheba’s secret project with SABC1 this year.

Will it be her own reality show, like the one she did on 1Magic? Or will it be a competition produced by Queen B that viewers can enter? Or a new talk show hosted by B? Watch this space.

Now that the broadcaster has scrapped two of SABC3’s long-running shows, Top Billing and weekday soap Isidingo (the latter ends in March), two new prime-time shows are in the works to lift the struggling channel’s ratings.

April sees the start of Family Feud SA, based on the popular international TV game show.

It will be hosted by US comedian and TV personality Steve Harvey.

The channel is also set to replace Isipho, the daily drama series it abruptly axed, with new local content.

We live in a world where facts and fiction get blurred
In times of uncertainty you need journalism you can trust. For only R75 per month, you have access to a world of in-depth analyses, investigative journalism, top opinions and a range of features. Journalism strengthens democracy. Invest in the future today.
Subscribe to News24
Related Links
Five simple ‘back to school’ cleaning tips for busy parents
How we watch TV 10 years on
Trackers and the complex reflections of our republic
Next on City Press
Trompies legend Eugene Mthethwa refuses to back down as Samro continues to hold back royalties Choose a newsletter
Voting Booth
Former president Jacob Zuma's legal team has given the chairperson of the commission of inquiry into state capture, Deputy Chief Justice Raymond Zondo, an ultimatum. Either he recuse himself or Zuma will either prolong proceedings or exercise his right to remain silent
Please select an option Oops! Something went wrong, please try again later.
Zuma is undermining Zondo
62% - 652 votes
Zuma is within his rights
9% - 93 votes
Zondo has done a good job
29% - 299 votes
Previous Results
You and your credit
Sponsored | Can you pass a credit test?