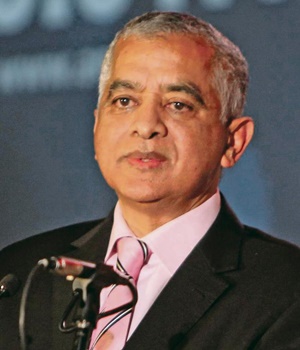 At a media conference hosted by then president Thabo Mbeki in 2001, a leading financial publication editor said that, since the opposition in the country was so weak, it was up to the media to play the role of opposition.

In many ways this position defines the way in which the mainstream media operate. This is why the ruling party and its alliance partners recently again agitated for the introduction of a media appeals tribunal and issued a call for “patriotic journalism”.

For the record, I am personally opposed to the setting up of a tribunal and doubt that, should it come to pass, it will pass constitutional muster. It will go against Article 16 of the Bill of Rights which, to my mind, allows for a free and independent media.

But I understand the calls to institute tougher measures to address concerns with the print media. What stokes the unhappiness is the shabby, unprofessional, cowboy type of journalism that makes a person like me, who’s been in the industry since the 1970s, despair.

Today, there seems to be an overreliance (some say laziness) on the opposition as sources. Virtually all the attacks on the ANC tend to rely on unnamed sources and there seems to be a move away from getting two sources to a story. There are a number of reasons for this.

There is serious juniorisation of newsrooms due to the commercial and financial pressures publications face. There is also an immediacy demanded to get the news out there as soon as possible, owing to the proliferation of social media. This results in less investment in stories that matter.

These factors, in turn, have led to the proliferation of telephone journalism; short cuts being taken and fact-checking taking a back seat to the sensational; and a pliable media being used by the political and business elite to further their agendas.

The business of patronage over the past decade has seen many an individual, company, government department and state institution being tried in the court of public opinion. The serious financial cutbacks have also affected actual reporting on previous staples such as the courts, crime, health, education, government and NGOs.

The tendency to rush to print is born out of the need to stop circulation haemorrhage, now crucial to the very survival of print publications.

This perceived laziness feeds into the ANC’s theory that the press works hand in hand with the opposition. While this is a perception, there is daily evidence that government is not getting its fair due.

Given our historical context, and that we model ourselves on the UK and US media, one would have thought that, in a post-1994 period, there would be groupings nailing their colours to the mast in support of the governing party or the opposition.

In my career, as far back as I remember, I was the only newspaper executive who actually made such a stand at The Sowetan, The Star and, recently, The New Age.

Prior to the last national elections, the Mail and Guardian took a bizarre decision to urge its readers to vote for anybody but the ANC. Surely one would assume that, 21 years after the advent of democracy, the media would have reached a level of maturity where it could explain the political position of its editors and proprietors to its readers, listeners and viewers?

This noncommittal attitude is why the ANC – which garnered 62% of the national vote – sees the media as the unelected opposition. If the media is as strongly opposed to it as the ANC feels, it means whoever editors or publications represent are opposed to its manifesto, the radical transformation of the economy, the basic quest of the liberation movement to deal with poverty, inequality and unemployment and the progress of black South Africa.

As the media we must never abdicate our responsibility of playing the watchdog role over those who wield power. We must reflect what is happening. Stories and exposés such as those linked to the arms deal, Nkandla, state corruption and malfeasance and poor service delivery point to maturity in how democracy works.

But our state of journalism is not a generally happy one, as we have developed a one-dimensional approach. We need a multidimensional one wherein we expose corruption and maladministration and stand up for the underdog. But this kind of one-eyed approach, where we state as fact that government or the governing party is corrupt, is simply wrong.

Government realises it is a national crisis that we have an extraordinary number of our people living in poverty. The media needs to realise this, too, and understand this is due to the fact that the remnants of the apartheid economy are still in place. Does the media understand these challenges and subtexts?

It also does not adequately reflect on what has gone right. It is indisputable South Africa is today better than before 1994. Instead of barking against tribunals, we should look within ourselves and examine how we hold truth to power while contributing to the country’s growth and development.

Instead of sunshine journalism or, as the ANC treasurer-general describes it, “patriotic journalism”, we need to develop solution-driven and constructive journalism wherein we see ourselves as part of the solution. For example, we have lost our ability to influence policy at a national, provincial and local government level because we are so busy playing opposition politics. It is time colleagues and editors look at different approaches to our journalism that grow our country and its people to overcome our myriad challenges.

The state of journalism is worrying and, as guardians of this noble profession, we should do everything in our power, and with all the resources at our disposal, to rethink how we can realign our role in South African society. We have not found resonance among the majority of citizens, which is one of the reasons for our loss of readership.

Both need a period of time to mature, as we are still in our infancy of building a solid foundation for the future. Becoming part of the solution, therefore, will go a long way towards removing the motivation for a media tribunal.

Williams is editor in chief of The New Age newspaper and TV news channel ANN7. He was also chairperson of the SA National Editors’ Forum

We live in a world where facts and fiction get blurred
In times of uncertainty you need journalism you can trust. For 14 free days, you can have access to a world of in-depth analyses, investigative journalism, top opinions and a range of features. Journalism strengthens democracy. Invest in the future today. Thereafter you will be billed R75 per month. You can cancel anytime and if you cancel within 14 days you won't be billed.
Subscribe to News24
Next on City Press
Labour unions: Why they are not good for South Africa