A scientific celebration for those living with HIV 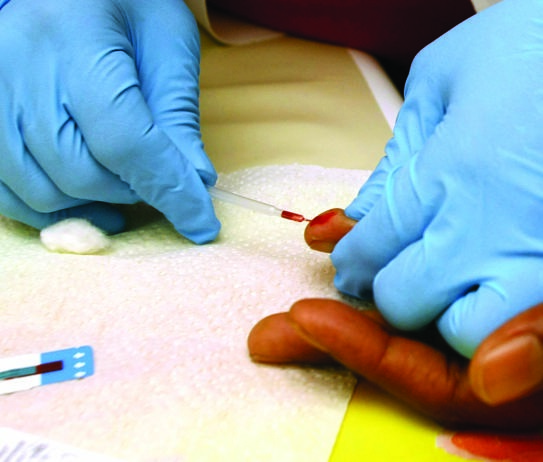 wisdom Knowing your status will encourage others to start and stay on antiretroviral treatment PHOTO: EMILE HENDRICKS

‘Undetectable equals Untransmittable’ is a scientific celebration for those living with HIV, writes Chris Maxon

The time for excuses is over.

It’s clear now that antiretroviral treatment works and, if taken appropriately, drastically reduces the risk of transmission to zero.

This World Aids Day, on Saturday, is a wake-up call for all to know their status.

It’s difficult to overstate the power of this message for people with HIV (but who do not know their status) because it changes what it means to live with HIV.

It opens up social, sexual and reproductive choices they and their sexual partners did not think possible.

Knowing their status encourages everyone to start and stay on antiretroviral treatment to keep their sexual partners healthy.

It’s a chance to transform how they see themselves, how they are perceived by their families and friends, by their sexual partners – now or potential – and by people in general.

Although this message is primarily focused on the individual, it provides those who work in the field with a new tool for advocacy.

It offers a strong public health argument for the provision of, and access to, testing, treatment and care; and provides an opportunity to imagine a community without boundaries between those who live with HIV and those who don’t – a community where the lives of all are valued.

I’ve worked with people living with – and at risk of – HIV for some time. While we still have no cure, I’ve witnessed two remarkable scientific developments.

The first happened when researchers, working with community members, announced that the combination of antiretroviral therapy had changed HIV from a virtual death sentence to a chronic, but manageable, condition.

By 2016 there was sufficient evidence for activists to say definitively that “Undetectable equals Untransmittable” – or “U=U”.

HIV transmission between sexual partners does not occur when the viral load is undetectable.

We must hasten to emphasise that we continue to encourage the use of condoms notwithstanding this remarkable development.

Yet getting this message of freedom and hope to people who need to hear it has been one of the greatest challenges for HIV advocates. Maybe it’s not surprising.

Telling someone with an undetectable viral load that they cannot pass on HIV to their sexual partners, with or without a condom, is radical.

It undoes years of previous messaging that saw people as vectors of disease from whom the public had to be protected.

We now know that past messaging was inaccurate and, as a consequence, has to change.

And while the new message of U=U must reach far more people than “treatment as prevention” ever did, the concept incorporates some complexities that might prevent it from reaching a wider audience.

People have the right to be informed about U=U and it’s our responsibility as service providers and healthcare practitioners to disseminate this information in a way people can understand and use it.

That’s a responsibility that many of us will need to take seriously.

All too often I hear that people have not heard about U=U from a friend, social media, their doctor or local clinic.

I’ve heard that frontline workers hardly talk to their patients about treatment and its life-changing capabilities.

This shows that senior managers or leaders of society have deserted the battlefield.

Denying this information to people who need to hear it, keeping them in the dark because of fears that they might not fully understand it, or misinterpret it is, frankly, unethical and a violation of their rights.

And there is a word for that: Gatekeeping. And it has to stop because it’s harming people.

In the words of Nic Holas, a prominent Australian HIV advocate who spoke at the International Aids Conference in Amsterdam: “Zero risk has to mean zero excuses.

If you sit on this information and don’t share it, you’re killing us.”

Let me fill you in. The U=U slogan embodies the idea of treatment as prevention.

This idea has been around since at least 2010, but since the easy-to-grasp U=U slogan is now established, the concept must be pushed firmly into the public sphere and must be a major talking point in the community this year, especially among the youth.

In line with this year’s World Aids Day’s theme – know your status – U=U is a simple but hugely important message based on a solid foundation of scientific evidence.

It must influence public opinion, encourage more people to want to know their status, and encourage those with HIV – and their friends and families – to comprehend that they can live long, healthy lives, have children and not have to worry about passing on their infection to others.

The clarity of the message will make it easier to promote the undeniable benefits of treatment, which will encourage more people with HIV to seek treatment, bringing the HIV community a step closer to the achievement of an Aids-free world and to the elimination of the entirely unfair and outdated stigma still faced by many people living with HIV today.

As service providers and healthcare practitioners, we, and the organisations that employ us, are uniquely placed to bridge the gap between the science and community engagement on U=U.

As organisations and individuals who directly support people living with HIV and those at risk of HIV we must nurture and guide conversations.

“Undetectable equals Untransmittable” is a new reality that comes with complexities.

It’s our job to communicate and facilitate engagement in this new landscape.

We must embrace the science of U=U and celebrate the message it sends: People whose HIV viral load is undetectable cannot transmit HIV to their sexual partners.

TALK TO US
Would you have sex with someone who has HIV, even if the virus is undetectable?

SMS us on 35697 using the keyword AIDS and tell us what you think. Please include your name and pro vince. SMSes cost R1.50. By participating, you agree to receive occasional marketing material