Africa needs to root out the rot in religion 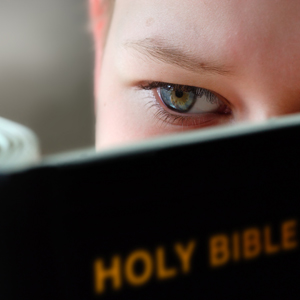 Kenya is moving in to stop the rot taking place largely in charismatic churches. South Africa and Zambia are preparing legislation. Other African nations are poised to join in soon.

For too long, their citizens have been sexually violated and financially defrauded by men of the cloth with impunity, and they can no longer look the other way.

I am hearing the church cry foul, saying it is being persecuted by government in retaliation for having expressed its misgivings about injustices being perpetrated by state machinery.

To some extent, this is true. However, the question still remains: What is the church – especially the charismatic church – doing to stop corruption within its own ranks?

Precious little, is the unequivocal reply. Is this not obvious, given the number of imposters populating charismatic circles? The church has failed to regulate who should become a pastor, with the result that pastors are appointing themselves and conferring on themselves titles like “apostle” or “prophet”.

To become a doctor or architect, you have to study for no less than four years (or longer) and follow this up with an internship under a seasoned professional. You have to also undergo licensing examinations. If experts in the field do not endorse you or you fail the exams, you are denied entry to practise that career. And even if you are accepted, your licence can be revoked if you are found guilty of professional misconduct.

These stringent measures are put in place to avoid lives being destroyed by charlatans.

Let us now examine pastors, tasked with looking after the eternal wellbeing of our souls. What does it take to be a pastor, especially of a charismatic church? Nothing!

There is no compulsory study, no official mentoring. There are no exams. All you need is a bit of eloquence, swag and a spring in your step.

If you can throw in an American or Nigerian accent, that’s a bonus – hence the presence of individuals with a chequered past who are now making a living as charismatic pastors. Some have impregnated women outside marriage before coming into the church fold.

In terms of religious teachings, they are morally compromised – yet they stand at the pulpit and tell us how to live.

How is this possible? Simple; they claim to have been called by God. In charismatic circles, this claim is sacrosanct. Who are you to prevent what God is doing in the life of His anointed one?

The only way to address this is by returning to the Bible. For instance, what does it say about how the Apostle Paul became a church leader? God spoke to him on the road to Damascus, yes, but was that all? No. Paul himself says that he had to bring his credentials to the church leaders for them to give him the right hand of fellowship as a minister of the gospel.

History is dotted with countless similar examples highlighting the fact that pastors did not appoint themselves. They had to be trained under recognisable tutors and undergo stringent exams on matters of doctrine.

They also had to undergo character assessments. Only when they had passed all of the above were they allowed to take “holy orders”.

Such efforts came with a higher purpose: to preserve the souls of those whom they would be overseeing. By claiming that God still speaks to us as individuals independent of Holy Scripture, we have thrown all this away with quacks running and ruining churches. And we have discarded the means to hem them in.

If other people appoint a pastor, when he messes up those people will defrock him. But if a pastor has appointed himself, surely the church becomes his personal possession. He is accountable to no one; he is untouchable.

If the church will not regulate who is allowed to become a pastor, then let the state do so – otherwise, what is left of the church’s reputation as a haven will vanish.

It is no use criticising government for overstepping its jurisdiction if we, as congregants, refuse to address the issue. We are, after all, accountable to God and our fellow human beings.

We live in a world where facts and fiction get blurred
In times of uncertainty you need journalism you can trust. For 14 free days, you can have access to a world of in-depth analyses, investigative journalism, top opinions and a range of features. Journalism strengthens democracy. Invest in the future today. Thereafter you will be billed R75 per month. You can cancel anytime and if you cancel within 14 days you won't be billed.
Subscribe to News24
Related Links
In the name of the Father
The rise and rise of the charismatic church
Before you call it African, consider the source
Next on City Press
Mondli Makhanya | The gospel of deviancy