Eswatini soldiers and police officers are seen on the streets near the Oshoek Border Post between Eswatini and South Africa. Photo: AFP

In December 2018 the streets of Eswatini were filled with billboards proclaiming “50 years of peace, stability and progress” as the country celebrated its independence.

While the king and a few others were in a celebratory mood, a large portion of the population was not. The reality was that 63% of the population lived below the poverty line, 28% were unemployed and 200 000 people were dependent on global food aid to survive.

The country has banned political parties since 1973 and has been criticised for the unhealthy working conditions of its sugar industry, poverty wages and violent suppression.

Over the years, the polygamous King Mswati III has banned divorce and revealing apparel while increasing the number of traditional rituals, of which the umhlanga (reed dance) is the most popular. During this ritual young women perform for the court and some of them catch the king’s eye.

The SADC is unable to intervene, given its own internal challenges – one might even say unwillingness.

It is worth noting that Mswati III owns 60% of the country’s land in addition to shares in the country’s major luxury hotels, real estate, transport, mining, brewery, as well as sugar and dairy products. He lives in ostentatious luxury with his 15 wives. His personal wealth is estimated at R2.8 billion. This is in stark contrast to the R30 per day that 60% of the population live on daily.

Calls for the abolishment of the monarchy

The current conflagration in the kingdom follows the death of a 25-year-old law student who was allegedly killed by the police. This unrest increased and eventually resulted in calls for the abolishment of the monarchy and replacing it with a democratic system of government.

It is alleged that 60 people have been killed by members of the Royal Eswatini Police Service and the Umbutfo Eswatini Defence Force, while billions of rand in damages have been inflicted during the current vicious crackdown.

READ: The anger of the people and the arrogance of a brutal king

There are also allegations that journalists and pro-democracy activists are being tortured and abducted in the country. The current wave of repression is not new to Eswatini, as journalists, trade unionists and other activists have been subjected to persistent repression under Mswati III. Under his rule, freedom of speech, assembly and association have been limited, while dissidents have been arrested, tortured and imprisoned. The violent protests in Nhlangano last week saw a number of government properties go up in flames. The Nhlangano National Library and Shiselweni regional health office were among the properties that were burnt down. Photo: Twitter

In an effort to quell the uprising, the government has engaged in further violent repression while at the same time shutting down the internet. The latter was deemed to be important since Swazi activists make use of social media to call attention to human rights violations and to mobilise and coordinate their actions.

READ :Eswatini pro-democracy protests: ‘Most of our people have been suffering in silence for years’

In all of this, the Southern African Development Community (SADC) and South Africa have remained silent. The internet shutdown was confirmed by the South African telecommunications giant MTN, which stated that it had received a directive from the Eswatini Communications Commission. While this explanation might suffice, it is not that simple. Mswatini III is the largest independent shareholder of MTN Eswatini, and his eldest daughter, Sikhanyiso Dlamini, was appointed as one of the company’s local board of directors in 2012. To complicate matters, the country’s late prime minister, Ambrose Mandvulo, was the former chief executive officer of MTN Eswatini. MTN and the royal family are firmly entwined, while impoverished Swazis languish under the yoke of oppression.

The SADC is unable to intervene, given its own internal challenges – one might even say unwillingness. Years ago, the African Union’s standby arrangements tasked the SADC with creating a 3 000-strong rapid intervention force. It is safe to say that it did not do so and has been unable to intervene during the numerous previous crises in Eswatini, the dispute over the Okavango River between Botswana and Namibia, during the long ongoing tragedy in Zimbabwe, and the terrorist violence in northern Mozambique.

The political opposition and civil society in Eswatini’s call for a more robust intervention have been met with a deafening silence. While a fact-finding mission was undertaken, the nature of the crisis demands far more strident action from the regional body, which is simply not forthcoming.

It is worth stating that southern Africa has failed to learn an obvious lesson regarding conflict. It is much safer, cheaper and more effective to resolve small conflicts before they gain momentum. The lower-level protests in Eswatini should have been resolved before they turned into riots, damaging government buildings, shops, banks and vehicles. The damage is estimated at R3 billion. 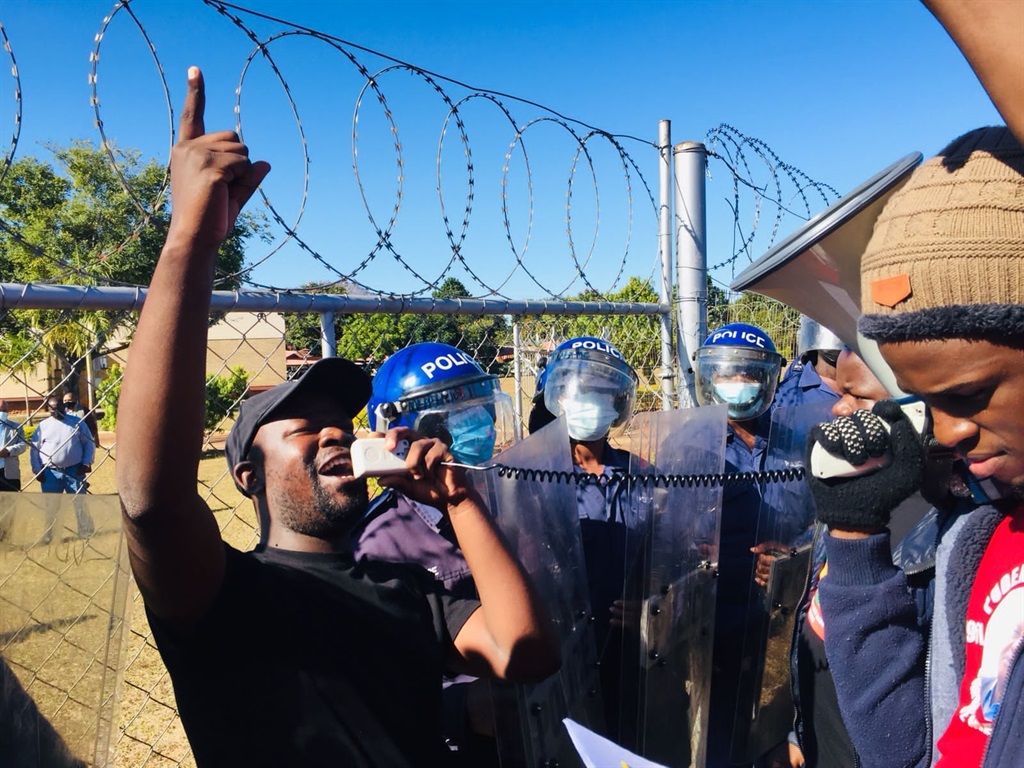 The crisis is now spiralling out of control. The common dominator in the country’s history of unrest is the lack of democracy. Instead of operating a multiparty system, the country insists on remaining an absolute monarchy. Pro-democracy activists in the country have vowed to intensify demonstrations until democratic reforms take place and all opposition parties are unbanned.

South Africa has the ability to assist

On a more positive note, South Africa has the ability to assist Eswatini get out of its morass. It can intervene using its economic leverage that ranges from business to trade interests. Moreover, the intertwined marital ties between the Zulu and Swazi monarchies could assist with track 2 diplomacy – the practice of “non-governmental, informal and unofficial contacts and activities between private citizens or groups of individuals – to push the feudal kingdom to embrace a constitutional monarchy. Feudal despotism has no place in the 21st century.

For corporates such as MTN, there needs to be an understanding that putting profits above people is a sure recipe for further political instability, which will ironically undermine profits – in other words, short-term gains and medium- to long-term pains.

What is desperately needed is a new social contract in the kingdom that brings together the royal house, the political opposition and civil society, as well as the corporate sector. South Africa has a vested interest in securing such an outcome.

There is a strong likelihood that refugees will cross the border into South Africa should the conflict dynamics escalate. This is exactly what happened when Pretoria chose to pursue a policy of “quiet diplomacy” in Robert Mugabe’s Zimbabwe, which resulted in millions of its citizens seeking refuge in South Africa.

South Africa needs to act – and act urgently – together with its fellow partners in the SADC to ensure that Swaziland does not go the route of Zimbabwe. Given the unfolding humanitarian tragedy, South Africa should partner with UN agencies and the international donor community to first bring about a cessation of hostilities, second to provide humanitarian assistance and third to broker a long-term political solution to break the impasse.

South African civil societies such as Gift of the Givers could assist with humanitarian assistance, while South African corporates could examine ways in which they and their Swazi counterparts can kick-start the moribund Swazi economy.

We live in a world where facts and fiction get blurred
In times of uncertainty you need journalism you can trust. For only R75 per month, you have access to a world of in-depth analyses, investigative journalism, top opinions and a range of features. Journalism strengthens democracy. Invest in the future today.
Subscribe to News24
Next on City Press
Mining in Mabola: The slow violence of environmental degradation