Africa’s path to prosperity lies in the free market Is capitalism the way forward for Africa? Picture: iStock/Gallo Images

The benefits of freedom and trade are not the sole right of America or Europe.

Around the world, countries that have embraced pro-freedom and pro-growth economic policies have witnessed an extraordinary rise in the quality of life of their people.

Africa has been shackled by anti-freedom governments and policies both pre- and post-colonialism. People across the continent have been controlled by dictators and governments for far too long.

Africa’s path to prosperity lies in the free market; through letting people trade and build wealth for themselves and their families.

I recently had the privilege of attending the 2019 Africa Liberty Forum in Nairobi, Kenya.

More than 200 liberty-loving students and activists from all over Africa, and a few from Europe and the US, came together for a couple of days to discuss the myriad challenges facing the continent, and how free market-based solutions are the moral and most effective methods for tackling these challenges.

The practice of state control over people has been tried and has proven to be a failure time after time. Africans should no longer be dictated to by their governments.

The challenges posed by government controls range from restrictive trade policies to corruption, and everything in between.

In some countries, small businesses deal with onerous regulations which favour only the big players.

In other countries, education is so closely controlled by the government that there is no competition, causing prices to rise consistently without delivering any discerning improvement in outcomes.

Some governments place exceedingly restrictive limits on freedom of speech and freedom of expression; liberty-advocates in those countries face government oppression and attempts to silence them on an almost daily basis.

All countries in Africa face a mixture of these and other challenges.

The answer to these problems does not lie in more state control – it lies in more freedom.

Individual property rights have never been protected in Africa.

The property that people obtain, and the wealth that citizens generate, is always subject to arbitrary seizure by various governments – and it looks like South Africa will also head down this path in the future.

No one should be expected to invest in a place where the possibility exists that a politician or bureaucrat is going to walk in and tell them their property is no longer theirs.

Security of property and tenure is an absolute must if people are going to have confidence in building their futures in Africa.

Which steps or policies can help in turning around Africa’s economic fortunes?

Hammond writes that: Increasing the trade of higher value manufacturing goods through the AfCFTA will help African nations diversify their exports and build more resilience to price fluctuations.

A more stable economy will attract investors and allow for the growth of more small and medium enterprises.

Capital will always flow along the path of least resistance; the sooner Africa can lower the barriers to investment and trade, the faster there will be local and foreign investment in African countries, with concomitant job creation and economic growth.

Money that could otherwise be reinvested, used to hire more people, or grow their own businesses, has instead to be paid complying with trade regulations and unjustifiably high taxes.

Americans and Europeans do not have inborn superior abilities that result in created wealth.

All they have, the big magic wand, is having been able to operate in comparatively freer markets. Asian countries that have opened up their markets, have all become richer in recent decades.

Africans do not need enlightened leaders to tell them how to live, to tell them which decisions they must make.

African governments tend to pay lip service to the values of freedom but never act on it.

However, by lowering trade restrictions, and slashing taxes and government spending, African governments can finally truly honour the continent’s long struggle against oppression.

Liberal, free market policies have lifted millions of people out of poverty, and raised literacy rates and living conditions.

Africa should also reap the benefits of these ideas.

Many people around the world have a negative view of Africa, and Africans.

This view is underpinned by the assumption that there is something inherently wrong within Africa, that people on this continent can only “succeed if they receive government handouts.

This view is deeply condescending, and deeply immoral. Africa has never been free – it has been held back by both foreign and local governments, decade after decade.

Despite all this, people have managed to live and thrive – but imagine what this continent could look like if people were free?

Chris Hattingh is project manager at the Free Market Foundation

We live in a world where facts and fiction get blurred
In times of uncertainty you need journalism you can trust. For only R75 per month, you have access to a world of in-depth analyses, investigative journalism, top opinions and a range of features. Journalism strengthens democracy. Invest in the future today.
Subscribe to News24
Related Links
Is SA a developing economy with developed-economy regulation?
Who benefits when the poor are empowered?
Freer markets generate prosperity, especially for the poor
Next on City Press
Powerful black people should use their power for eliminating inequality 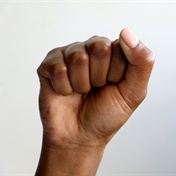