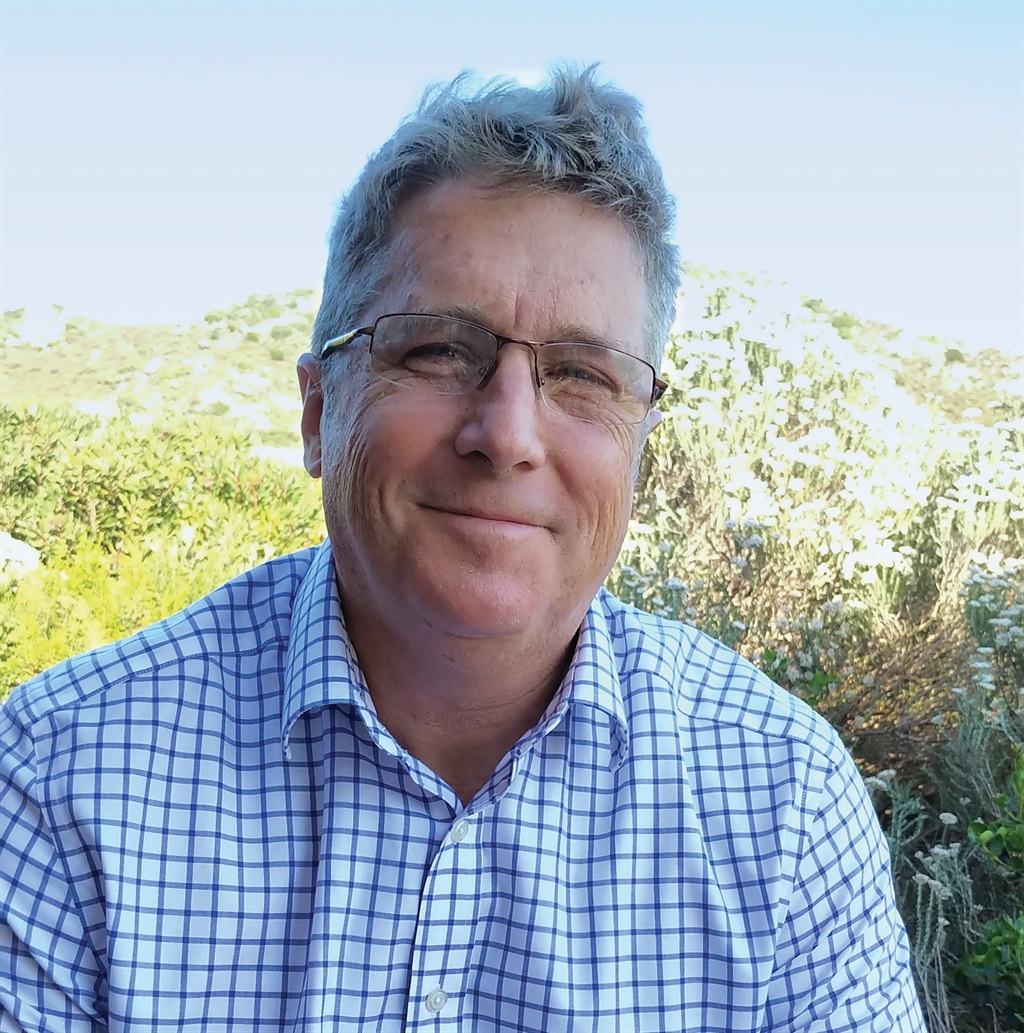 In this extract from his book Expensive Poverty: Why Aid Fails and How it Can Work, Greg Mills teases out some sensitive underpinnings to the provisioning of financial aid in Africa by the West

The problem with aid is that it is incomplete. It lacks an overarching political and economic rationale – a strategic policy framework. Rather than looking at ways of changing behaviour in a manner that assists reforms and greater competitiveness, it tends towards selecting technical and tactical responses. As a result, aid has undermined the value of international assistance and relationships and undersold itself as a tool for development.

The cost of the absence of a strategic framework is shown when donor political interests trump on-the-ground realities, thrusting the donors into a political choice that they invariably get wrong since it is made largely for short-term reasons of expediency over a principled partnership.

Robert Kyagulanyi Ssentamu was born just four years before President Yoweri Museveni and his National Resistance Movement came to power in Uganda in 1986.

READ: Bobi Wine: US should stop military aid to Uganda

Known by his stage name, Bobi Wine, the reggae artist has produced more than 70 songs in a 15-year artistic career. Since 2017, he has also served as a member of parliament, representing the Kyadondo East constituency. He says Museveni clings to power “as this was his agenda” all along in “milking dry the nation”.

Museveni has kept people poor so that their preoccupation is to find a daily meal and not to question why their lives are not getting better.

READ: Museveni sworn in for sixth term as Ugandan president

The singer has been constantly harassed, beaten up and arrested by the authorities.

During the run-up to the January 2021 election, he was illegally detained, tortured and abducted by security forces.

Clearly, Wine rattled the Ugandan authorities, who apparently viewed him as a threat to Museveni (born in 1944) on account of Wine’s popularity among the youth. Uganda is one of the youngest countries in the world, with a median age of 15.9 years, the population nearly doubling since the turn of the century. Nearly half its 45 million people are 14 or under, while just 2% are aged over 65.

Wine has frequently called on Museveni to retire, saying young people must prepare to take over leadership of the east African nation.

Given the extent of foreign funding for the regime, Wine asks of the donor community, and of the US in particular:

Why do you fund our oppressor?

Even at the height of the most egregious antidemocratic behaviour in the run-up to the January election, the international flow of funds to Museveni’s regime continued. In 2020, for example, Uganda received $2 billion (R29 billion) in aid, including $432 million from the US, while ranking eleventh on the UK’s list of top aid recipients, receiving over £150 million. To these contributions have to be added Uganda’s cut from the flow of regional humanitarian assistance, estimated at $348 million in 2017, along with the substantial income and diverted expenditure from the efforts of Ugandan peacekeeping troops in Somalia.

In essence, aid cannot be divorced from political considerations. This point resonates across Africa, as donors attempt to manage the tension between regime and human security – between supporting those in power and those citizens disempowered – while at the same time maintaining a balancing act between national interests and human rights concerns.

“The donors,” says Wine, “should be honest and true to the values that they represent, values of human dignity, values of democracy and values of the rule of law, or else they would be partners in crime. And, secondly, they should be relating with the nation, and not with an individual. The people of Uganda are represented by their constitution, and by their laws.’

He adds, “They should not do things just to maintain Museveni’s rule … his grip on power. They should be doing things to maintain relations between their nations and our nation.”

Wine argues that “our [Ugandan] military has been so funded by the US, and yet it has been key in abusing the rights of citizens of Uganda. We want them to hold the administration in Kampala accountable."

We want them to put the rule of law and respect for human rights as a precondition for cooperation.

This is a fair point, especially given the history of aid to Africa. There are tensions between the national interest, in respect of security and business, for instance, and aid as a force for good. These have to be constantly managed, not ignored.

Uganda’s strategic situation explains the tensions in the relationship between donor and recipient. While the ruling party might not align with the West on democracy, this is excused by Uganda’s role in South Sudan and Somalia, the role played by Uganda regionally in hosting 1.4 million refugees (the fourth-largest population worldwide after Turkey, Colombia and Pakistan), and, probably, the intelligence sharing between Kampala and the West.

At the same time, it has been in the West’s strategic interest to keep Wine and other opposition figures operating, probably cynically to keep the pretence of democracy alive, and certainly to prevent the implosion of Uganda if something was to happen to them. Similarly, Museveni has sold himself as the man standing between order and chaos in the region, the chaos that he has no small part in fomenting himself: he is adept, like warlords and mobsters elsewhere, at creating his own demand.

Essentially, the War on Terror has let Museveni and others off the hook, their wiggle room widened by the advent of different donors. And yet, the leverage of aid has not been put to any obvious good on human rights. Donors have sat largely marginalised on the sidelines despite the flows of assistance.

Other country examples illustrate a similar tension between favouring short-term stability and interests over the type of democracy that produces long-term results. In the Democratic Republic of Congo, the international community preferred recognising the government of Félix Tshisekedi, which came to power in 2019 after a deal with the incumbent, Joseph Kabila, on the grounds that the country would otherwise be thrown into bloody tumult.

The cost of such a circuitous, negotiated route to State House is inevitably a lack of legitimacy and credibility, making the administration’s already difficult task of national consolidation and development virtually impossible. Such carelessness is evident in the financial straits in which Kinshasa continuously finds itself.

It is not a decision that outsiders should be making effectively on behalf of the Congolese, no matter the justification.

As Freddy Matungulu, the former Congolese finance minister, remarks, “Governance has been horrible for the last ten years and now we have to repay [loans] when we have not built capacity for debt service obligations. The lesson for donors is that the concern for stability should not become the driving force behind the provision of aid.”

Such a tension between external interests and internal preferences is nothing new. During the Cold War, aid was routinely given to one superpower proxy regardless of its governance or human rights record, and only because of its support for that particular superpower.

The most (in)famous of these recipients was undoubtedly Mobutu Sese Seko, who took some $12 billion off Western donors over his 32 years in power, in spite of (or perhaps because of) the fact that he had come to power via a coup, and had an abysmal human rights record. What was more important than Mobutu’s governance record was his loyalty.

Under the terms of the War on Terror, loyalty and utility in the struggle have been at least as important a quality as human rights and the democratic condition, perhaps more so.

Another donor-recipient tension surrounds the nature of the international community itself, which is increasingly diverse and no longer governed by state-to-state interactions. In Africa, this community, such as it exists, is no longer centred around the financial activities of the West.

Rather, it is a much more complex and less cohesive configuration than before. Turkey, Brazil, the United Arab Emirates (UAE), China, Saudi Arabia, Qatar, Kuwait, Iran and Russia, among others, are all players. China, especially, has proven highly transactional in its dealings, and this requires Africa to appreciate the line between risk and reward inherent in the relationship.

In 2019, ODA [official development assistance] by the 30-member countries of the Development Assistance Committee (DAC) totalled $152.8 billion, representing 0.3% of their combined national income. Nearly 98% of this total flowed in the form of grants, loans to sovereign entities and contributions to multilateral institutions, the remainder to private sector instruments and companies and in the form of debt relief. This was an increase of 1.4% compared to 2018.

For outsiders, there is a tension between the need for strong local leaders, of the sort that “get things done”, and strong institutions. Similarly, there is widespread recognition of the imperative for local ownership and the realisation that not all local ownership is good – as violent events in South Sudan after its 2011 secession illustrate. Letting the locals do their thing, and fail, is hard to allow when the humanitarian bill is picked up elsewhere.

Aid continually stumbles on the translation of rhetoric into roll-out –in turning visions and plans into actual projects and development. As a result, many good intentions never see the light of day, and aid is simply consumed with little tangible effect. Sound political leadership is at a premium in separating good intentions from actual results.

Ultimately, countries will not be rebuilt by donors but by locals, even if this takes hundreds of years.

Can donors speed this up by avoiding their worst excesses, taking heed of their massive moral blind spots, and promoting the very means that have enabled their own countries and peoples to prosper? Can they take advantage of the global economy and Africa’s attractiveness as a growth frontier?

Whatever the challenges of translating aid into development – of ensuring the conducive combination of people, institutions and systems– African countries have more options today than in the past, despite the constraints of their changing demographic circumstances.

Greg Mills is the director of the Johannesburg-based Brenthurst Foundation. He is an analyst of economic and political development focusing on Africa.

We live in a world where facts and fiction get blurred
In times of uncertainty you need journalism you can trust. For only R75 per month, you have access to a world of in-depth analyses, investigative journalism, top opinions and a range of features. Journalism strengthens democracy. Invest in the future today.
Subscribe to News24
Next on City Press
Whistle-blowers have helped SA – the country must help them in return