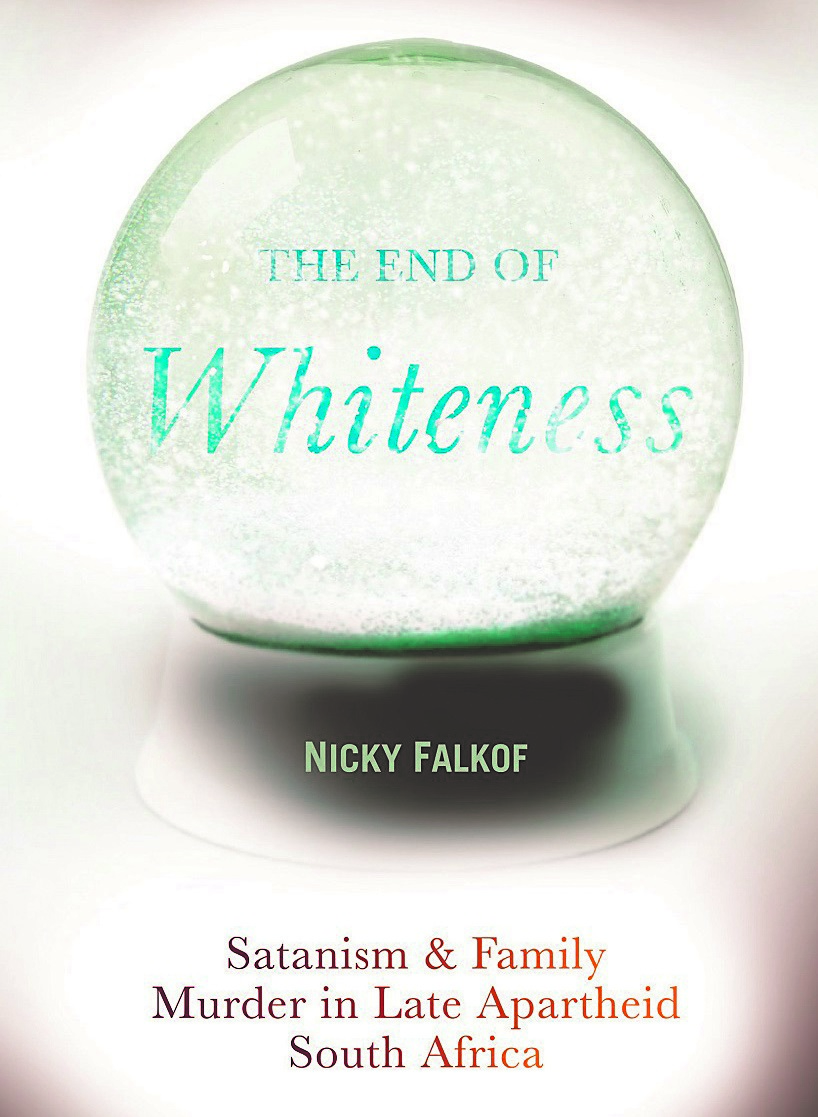 During the demise of apartheid in the late 1980s and early 1990s, a curious thing started happening in white communities.

Perhaps spurred by paranoia and insecurity in the face of change, there was an explosion of so-called Satanism, as well as an increase in the phenomenon of men murdering their families and committing suicide.

Many white people’s fear of a black state was so great, so all-encompassing, so apocalyptic, that people coalesced it into a fear of the devil himself, while others resorted to the most extreme acts of violence.

As a writer, lecturer and head of the media studies department at Wits University, Nicky Falkof has investigated these two “moral panics” in a new book called The End of Whiteness.

Many white readers who were teenagers in the 1980s (Falkof was one of them) will remember the “Satanic panic” that swept through Die Republiek. Apart from state censorship of bands like AC/DC and Led Zeppelin, even the most innocuous of symbols were considered satanic.

My aunt once told me how as a teenager she had a belt with a buckle on it in the shape of a peace sign, and how my incensed grandfather sawed the peace sign’s legs off because it was considered evil.

Although Falkof says that The End of Whiteness was an academic project that “was virtually impenetrable and was almost totally rewritten”, the book still reads academically to me. I could see the effort to put the material into colloquial, accessible language, but at some points it’s still dense.

And then there’s the problem of repetition and reiteration of similar points.

While Jacana Media and its imprints are putting out some of the most ground-breaking books right now – written by a diverse pool that includes up-and-coming black and female writers – I feel that, perhaps due to a lack of capacity, many of its books could use another good round of editing before publication. I am pretty forgiving when I see spelling errors in books, but other readers may not be.

Nevertheless, The End of Whiteness is still extremely interesting stuff. One of the parts that struck me was how white Satanism was held as a legitimate fear, while black people’s occult beliefs were considered foolish (which still happens today).

In court, the pair put up the defence that they couldn’t be held responsible because they had been possessed by demons or, as Van Blerk called it, “an unknown force, probably to do with Satanism”.

The court found them guilty.

“Crucially, however, the judge made a point of stating that ‘the court accepted that people could become possessed by demons’, but was not convinced in this particular case. Although their defence was rejected, belief in Satanism was strong enough that the judiciary explicitly stated the possibility of possession,” Falkof writes.

On the other side of the spectrum, in 1933 a rural Xhosa man was put on trial for the murder of a small child who he says he had mistaken for a tokoloshe. The court found him guilty because his belief in the tokoloshe was not “reasonable”.

These two cases exemplify “the different weight given by white South African legislators to black and to white magic”.

Afrikaners will find this book particularly interesting as a self-reflective study, and black South Africans will perhaps find this an astounding example of how insecure the white ego was.

Though whites held the power then and in many senses still do today, a deep insecurity lingers underneath it all, one that can manifest in very strange ways.

We live in a world where facts and fiction get blurred
In times of uncertainty you need journalism you can trust. For 14 free days, you can have access to a world of in-depth analyses, investigative journalism, top opinions and a range of features. Journalism strengthens democracy. Invest in the future today. Thereafter you will be billed R75 per month. You can cancel anytime and if you cancel within 14 days you won't be billed.
Subscribe to News24
Related Links
Book Review: Guevara’s contagious message
Do whites have a role in a democratic SA?
Firing at a ‘race’ shadow cast by supremacy
Next on City Press
Tim Spirit | Can R1 billion spur SA on to tourism glory?