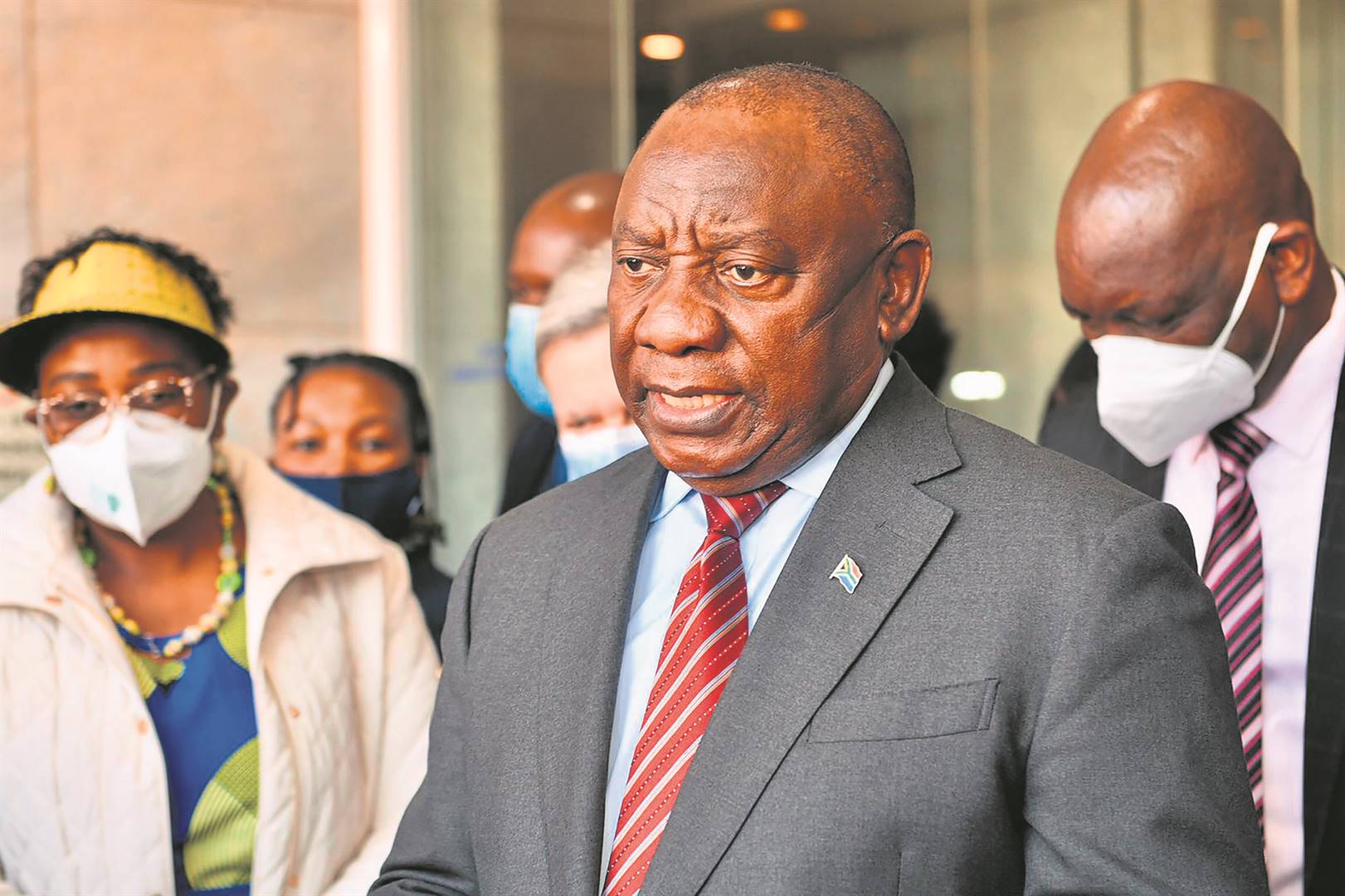 President Cyril Ramaphosa has reshuffled his Cabinet in the aftermath of his administration’s catastrophic response to the July riots.

Former health minister Dr Zweli Mkhize was implicated in one of the biggest corruption scandals since Ramaphosa had taken office in 2018. Then former defence minister Nosiviwe Mapisa-Nqakula publicly disagreed with the president about the riots and it became clear that divisions were rife in his Cabinet. Meanwhile some of the president’s economic policies are notably backfiring, such as the increased minimum wage which has led to surging youth unemployment.

The predictable response of Ramaphosa’s supporters to all this was to put pressure on the president to urgently change his executive.

The socioeconomic consequences of the pandemic forced 2 million people into unemployment, while credit downgrades by rating agencies indicate that South Africa’s problems are induced by government. The abysmal policy stances taken by the government have damaged human development, trapping 40% of the nation in multidimensional poverty; this 40% generates only 7.2% of the income in the country. The rapid progression of state failure is highlighted by the Auditor-General’s findings that most municipalities are failing in South Africa. Out of 257 municipalities, only 27 received clean audits, while across the country they have accumulated R26 billion in irregular expenditure.

Read: Not a single municipality is stable in North West

So the Cabinet reshuffle, unless it produces a dramatic shift towards market-friendly policies, can only be seen as an extravagant public relations stunt to drum up support for a disastrous administration.

Scrapping policies such as expropriation without compensation and the National Healthcare Insurance (NHI) bill, and rolling back equity frameworks are what will save South Africa.

However, to achieve this means that Ramaphosa must break rank with the ANC’s destructive ideological stance. The president must reject the national democratic revolution (NDR), as adopted by the ANC, if he is serious about change.

So the Cabinet reshuffle, unless it produces a dramatic shift towards market-friendly policies, can only be seen as an extravagant public relations stunt to drum up support for a disastrous administration.
Riaan Salie

When the ANC adopted the Freedom Charter in 1955, the party envisioned a country where mines, banks and land would be nationalised, including sharing of resources among “the people”. The origin of this policy adoption largely stemmed from the Sixth Congress of the Communist International in Moscow held in 1928. Its executive committee adopted a resolution on “the South African question”. According to the resolution, the development of capitalism led to the exploitation of the country. The purpose of the resolution was to broaden the activities of the ANC through the SA Communist Party (SACP).

The NDR has bound the tripartite alliance (ANC-Cosatu-SACP) together, with the common goal of achieving a national socialist revolution through a transitional phasing out of the free market. Consequently the ANC has pursued the vision of taking South Africa towards a “developmental” state. However, the plan of incrementally phasing out the free market has led to worsening socioeconomic conditions over the past 27 years.

Globally, the nationalisation of key resources such as land has led to disastrous humanitarian outcomes. In North Korea, which was propped up by the Soviet Union, an estimated 2 million people died during the famine in the 1990s, while in Venezuela some 5.5 million citizens have fled the country since 2014. The Venezuelan crisis was heightened in 2001 when the Hugo Chávez regime passed land reform legislation, expropriating the land of citizens who could not produce consistent documentation showing chains of property ownership dating back to 1848. Chávez targeted political opponents, and people who were against his presidency and unwilling to display loyalty to his regime. Expropriation was used as a political weapon, as it gave the executive unilateral power, just as it had been used in North Korea, Cuba and Zimbabwe.

Alarmingly, Venezuela’s free healthcare system is imploding. The infant mortality rate increased by 30% and maternal mortality by 60%. Free healthcare for all was incorporated into the country’s Constitution by Chávez in 1999 and hailed as a success by socialists in the West, when in reality it has turned into a nightmare for citizens. During the Covid-19 pandemic, 70% of hospitals did not have Covid tests. Only 300 diagnosis tests were available for a population of 30 million. This should be a clear warning to the ANC about proposed plans to nationalise healthcare.

Unsurprisingly, the ANC’s move to pass the NHI bill has caused doctors to threaten to emigrate if the bill becomes law. A survey conducted by the SA Medical Association found that 38% of its members planned to leave the country in the wake of the bill.

Read: Ideas Matter | NHI will be the corrupt elite’s biggest cash cow yet

Additionally, former finance minister Tito Mboweni warned that expropriation without compensation “would be harmful to the economy”. He stated that expropriation would cause policy uncertainty and that investors would be inclined to invest elsewhere. Supporting his concern is data from the World Bank and Fraser Institute, which indicates that nations with strong property rights have a 3 098% higher average GDP rate per capita than countries with weaker property rights, meaning that the prospects of economic growth within South Africa would severely diminish if section 25 of the Constitution were amended to allow expropriation without compensation.

Additionally, former finance minister Tito Mboweni warned that expropriation without compensation “would be harmful to the economy”.
Salie

According to the 2021 Index of Economic Freedom by the Heritage Foundation in the US, Singapore is ranked as the most economically free nation in the world, while their communist neighbour, China, is mostly unfree in the 107th position on the global ranking. Ironically, despite the ANC’s love of China, South Africa ranks higher at 99, but is still under the category of mostly unfree. Driving Singapore’s strong economy are strong property rights, business freedom, commitment to economic liberalisation and international trade. If Ramaphosa wants to follow any model, then the Singaporean one would be far better than communist China’s.

The ANC’s ideological ambitions of achieving a “developmental” state would crush economic prosperity, skyrocket poverty and cause an emigration surge. There is nothing developmental – in a positive sense – about the NDR. Should the president want to heal the country and improve economic growth, then rejecting the NDR is the only solution.

Reshuffling the Cabinet with the intention of producing a market-friendly environment would aid economic recovery. If not then it is merely a public relations stunt that adds no value to South Africa’s future.

Salie is a student at Stellenbosch University, studying a Bachelor of Arts in political, philosophical and economic studies. He tweets @RiaanSalie

We live in a world where facts and fiction get blurred
In times of uncertainty you need journalism you can trust. For 14 free days, you can have access to a world of in-depth analyses, investigative journalism, top opinions and a range of features. Journalism strengthens democracy. Invest in the future today. Thereafter you will be billed R75 per month. You can cancel anytime and if you cancel within 14 days you won't be billed.
Subscribe to News24
Next on City Press
Phumlani S Langa | Believe it or not, using Twitter slogans makes you sound stupid