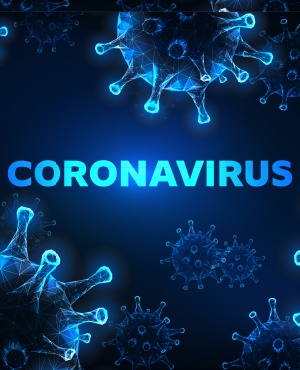 The global outbreak has proven that no country or citizen is immune to the spread of coronavirus 2019. (Image: Supplied)

Last week I was expecting a visit from a friend. She had even promised to bring me lunch at work.

You can imagine my frustration when she did not pitch.

Early this week I gave her a call and my opening remarks were to chastise her before she could say anything.

“The least you could have done was to let me know you were not coming, rather than to keep quiet,” I said.

She just listened to my rant without saying anything.

Then: “You know I am sick and they suspect coronavirus. I went to hospital on Saturday at around 6am and left there in the afternoon after all the tests were done on me.”

That was her response. I had nowhere to hide, for I had jumped the gun that she had stood me up.

She said that, once she disclosed that she had visited Kenya a month or so ago, they panicked and did all sorts of tests.

A classic case was when I saw players not shaking hands before matches. It was so strange – football being a contact sport, I failed to understand the logic behind this as, in the middle of matches, they would pick each other up when one was down.

Although she tested negative, she still had to report to a doctor every second day to check her temperature.

I remembered back to one Sunday in 2015 when I had a fever and tonsilitis on my return from Equatorial Guinea.

With no doctor’s room open on that day, I went to the casualty ward at a nearby hospital.

Once they heard the word Guinea, they assumed it was Ebola and I was isolated and the nurses put on their protective clothes.

No matter how hard I tried to explain that I had not been in Guinea but in Equatorial Guinea, where there were no cases of Ebola, they would not hear any of that.

To them Guinea was Guinea; they were the same.

Anyway back to the Covid-19 coronavirus. My niece also fell ill this week and had to be taken to a hospital in Pretoria.

In the afternoon when my brother went to visit her, he was denied access to the ward.

The reason was that only one person was allowed to visit, so only her mother was given access.

This exasperated my brother, who had driven more than 50km to the hospital to see his daughter.

The matron in charge understood the situation and my brother was then allowed in, but not without a fight and a call to the authorities.

What worried him most was that there was no proper explanation as to what was wrong with my niece which, to him, meant she was too sick.

The matron I spoke to explained that this was a directive from hospital management as an effort to minimise movements.

As if that were not enough, I received a call from my daughter’s aftercare teacher. My daughter had joked to her friends that her brother was sick with Covid-19.

Imagine the panic this caused the teacher. I couldn’t believe my daughter had done that.

When I went to the gym later, I was told to swipe my access card, as the staff were no longer allowed to do so for members.

But a classic case was when I saw players not shaking hands before matches.

It was so strange – football being a contact sport, I failed to understand the logic behind this as, in the middle of matches, they would pick each other up when one was down.

And after the game they had forgotten all about it and they shook hands. All in vain!

Anyway, it is better to be safe than sorry!

We live in a world where facts and fiction get blurred
In times of uncertainty you need journalism you can trust. For only R75 per month, you have access to a world of in-depth analyses, investigative journalism, top opinions and a range of features. Journalism strengthens democracy. Invest in the future today.
Subscribe to News24
Related Links
SA is ready to respond to the coronavirus
SA seems unfazed as coronavirus spreads
The coronavirus: What does it mean for SA?
Next on City Press
Powerful black people should use their power for eliminating inequality Read more on:
coronaviruscovid 19-virushealthcare
Podcasts
Podcast | How to pay off your home and car