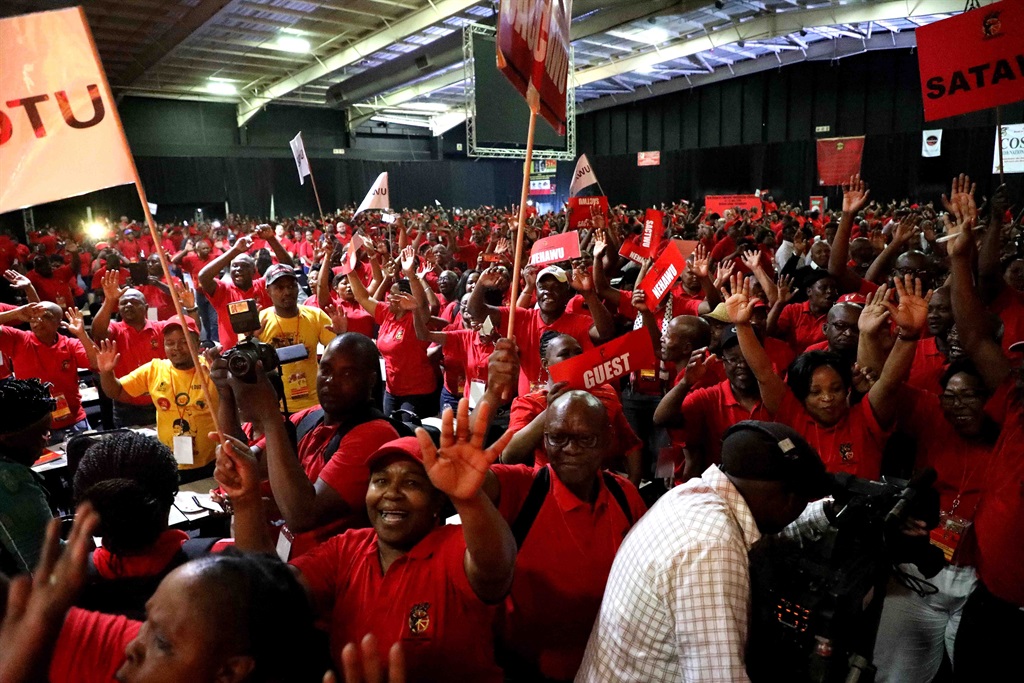 Cosatu has convened its 13th national congress from September 17 to 20 at Gallagher Estate in Midrand, Johannesburg.

As the congress serves as the “parliament of workers”, there is an expectation that its resolutions will have a positive impact for workers on government policy.

The hype about this important congress both in the social and mainstream media is less about the strategic direction of the federation in responding to the ever changing work environment.

The narrow preoccupation with leadership personalities and positions at the expense of strategic direction and building a strong organisation is a sad reality, particularly given the ailing state of our economy and the important role that workers can play to change things for the better.

Delegates to the congress should rather preoccupy themselves with rebuilding their unions, Cosatu’s affiliates, in order to strengthen the federation and ensure that the labour movement is effectively responsive to the ever changing conditions.

Real or perceived, workers are losing faith in some trade unions. They regard some union leaders as unreliable, unaccountable, selfish and greedy individuals who seek to use them as the ladder for their selfish interests.

The so-called social distance between senior union leaders and officials on the one hand and the workers on the other is a very bad – new tradition in the labour movement.

The movement must confront it openly, and without fear, favour or prejudice.

Cosatu should use the congress as a platform for introspection and self-correction so that it can be able to reclaim its former glory as a leading, powerful and influential federation in the country.

It is no secret that some academics and labour analysts have revisited the notion of the labour movement.

It is thus said that historical reference to the labour movement was always to Cosatu but it can no longer be the case because the federation’s muscle power has dwindled and its mass influence in political and economic policies of the country and in the media is waning.

The proliferation of trade unions and federations, often underpinned by fragmentation and splits, are indeed a grave threat to the unity and cohesion of organised workers.

Cosatu is therefore expected come out of the congress with ground-breaking resolutions which will inspire confidence to the workers across the economy to tackle capitalist bosses and neo-liberal public sector managers head-on.

It is no secret that of recent trade unions are undermined by the bosses. Workers suffer causalities at work as well as retrenchments.

Government on the other hand has imposed the 1% value added tax increase from 14% to 15%. This happened, among others, as a result of governance decay and corporate capture.

The looting of state owned entities and tax payer’s resources impacted negatively on our revenue and fiscal policy.

International oil prices are souring and fuel and food prices are increasing. The workers and poor are the hardest hit.

The arrogance of capitalist bosses and in the public sector Eskom and the SABC who are pursuing retrenchments, confirms the extent to which workers’ interests are undermined.

Cosatu needs to come out clearly and ensure that no employer, including the state and its institutions, is allowed to compromise workers in by means of any conduct whatsoever.

The fatalities in our mines, on construction sites, at Denel and most recently fire-fighters, and undoubtedly many unreported cases in vulnerable sectors of our economy, should top the agenda of the Cosatu congress. No worker must be allowed to perish.

Employers must be held accountable with severe consequences for any casualty that occurs.

This must be incorporated into labour law. No person must be allowed to disregard workers’ the right to life.