Covid-19: Testing to be ramped up and new tests in pipeline 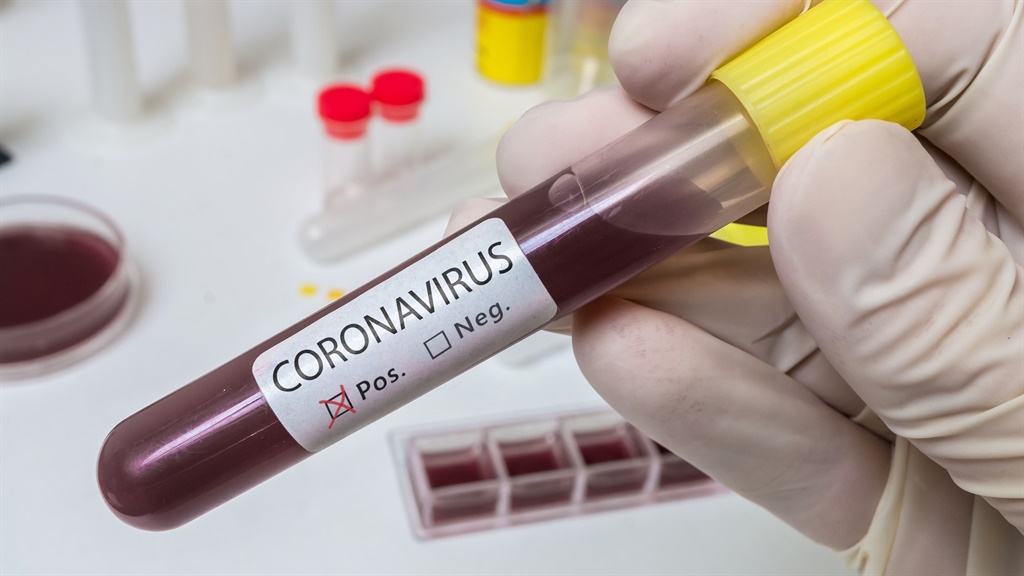 South Africa’s strategy to defeat the Covid-19 coronavirus is to lockdown the country and upscale testing to quickly identify individuals who may have been infected with the virus.

As the country entered its first day of the 21-day lockdown, on Friday Health Minister Zweli Mkhize announced the first death from Covid-19 in the Western Cape. The number of confirmed cases has also tipped the 1 000 mark. Globally more than 500 000 people have been infected and at least 23 000 have died.

To stem the tide of infections, the National Health Laboratory Service, is planning to boost testing capacity to 36 000 tests daily by the end of next month

To stem the tide of infections, the National Health Laboratory Service (NHLS), is planning to boost testing capacity to 36 000 tests daily by the end of next month. According to the NHLS, it is currently testing around 5 000 samples a day.

On Tuesday morning Mkhize said a total of 12 815 tests had been conducted in the country and that around 10 000 of these were done in private laboratories. If around 5 000 tests were conducted each day since then, the total tests carried out so far should now be well over 25 000.

Local health experts have argued that for South Africa’s national lockdown to have maximum impact it must be accompanied by expanded testing, contact tracing and isolation of those who are infected.

In some countries such as Italy where initial testing was slow, high infection rates have put pressure on health facilities. The primary focus has now shifted from testing for possible infection to having enough beds and ventilators for the seriously ill.

The NHLS uses the current gold standard for testing which is done on viral genetic material taken from the nose and throat swabs.

In South Korea, on the other hand, testing began early and vigorously which, together with contact tracing, led to the country bringing its epidemic under control relatively quickly.

The tests we use at the moment

The NHLS uses the current gold standard for testing which is done on viral genetic material taken from the nose and throat swabs.

The test uses a molecular biology tool called reverse transcription polymerase chain reaction (RT-PCR). It is a high through-put machine and it works by extracting the viral genetic information from a patient’s sample and “amplifying” the genetic sequence, essentially making more of the genetic material, to create enough of it to test for the virus.

According to Professor Tulio de Oliveira, a geneticist and the director of KRISP, a research and innovation sequencing platform in KwaZulu-Natal, the PCR tests have the advantage of picking up positive cases before a person displays any symptoms.

There was adequate testing capacity and equipment to meet the demand in South Africa
Dr Kamy Chetty, chief executive officer of the NHLS

“This is very important, especially for healthcare workers who, if positive of the virus, can self-isolate and prevent the infection from passing onto others.”

However, he warned that with high demand from countries across the globe, it would be difficult to get a steady supply of reagent, an ingredient for the PCR tests.

Dr Kamy Chetty, chief executive officer of the NHLS, said there was adequate testing capacity and equipment to meet the demand in South Africa.

“The NHLS is pursuing various sources of supplies to obtain the PCR-based test kits and has a commitment from suppliers that South Africa will be a priority,” she said.

Adding to the Covid-19 testing arsenal, Chetty said more than 180 GeneXpert analysers will be made available in all provinces for testing by next month. The test kit for the GeneXpert was approved by the US’s drug regulatory body, the Federal Drug Administration last week, and the company has started production. The test kits are due to arrive next month. GeneXpert machines are already being used extensively in the country to test for TB.

“The advantage, according to the supplier, is that the GeneXpert tests can be processed in 45 minutes, and the smaller machines can be placed in mobile vehicles which makes it ideal for community testing,” Chetty said.

“It’s a pity that this new test kit was not available sooner, as it would have made a huge difference to how testing gets done. We are nevertheless pleased that it will be ready shortly.”

Serological tests for Covid-19, not yet available in South Africa, differ from the PCR tests in that they look for antibodies rather than for the viruses’ genetic material

Serological tests for Covid-19, not yet available in South Africa, differ from the PCR tests in that they look for antibodies rather than for the viruses’ genetic material. A positive serological test thus indicates that someone has at some point been infected with Sars-CoV-2, but does not necessarily indicate current infection. The PCR tests on the other hand can only tell if someone is currently infected.

De Oliveira said such antibody tests would be useful to find out the percentage of a population that has been infected.

“This means that positive healthcare workers could be released to return to work and presumably become resistant to infection. It also could, in theory, allow areas where a high percentage of the population were infected to be released from lockdown.”

The professor added that there was a lot still to understand about the new pathogen. “We currently believe that a person will get infected only once, but we need more data to fully understand the risk of secondary infection.”

According to the New York Times, antibody tests are already being used in Singapore, China (which has eight different types of anti-body testing kits) and a handful of other countries. But, they only are just coming to market in the West.

Public Health England in the UK, said that millions of 15-minute home coronavirus tests will become available to people self-isolating. The test, which resembles a pregnancy test, involves pricking a finger to produce a drop of blood, which is then analysed by the device. Delivery, however, will only happen once the rapid test has been thoroughly evaluated.

Prominent clustered regularly interspaced short palindromic repeats (CRISPR) researchers are also working using this still relatively new gene-editing technique to make faster, more accurate tests. The jury is however still out on whether a CRISPR test for Sars-CoV-2 will be developed in time.

Such a test will work similarly to the PCR test. When and if the viral sequence is found, a protein known as CAS12 binds to the sequence which it then cuts. In the process, it also cuts a “reporter” molecule, which has been added to the reaction, and which also binds itself to the viral sequence. When the cut molecule releases colour which enables a positive result for Sars-CoV-2 to be visualised as a simple colour change on a test strip.

Related Links
Trying and failing to get a Covid-19 test
SA to ramp up Covid-19 test capacity as it heads into virus storm
Covid-19: A visit to Tygerberg Hospital’s isolation unit
Share
Next on City Press
Is South Africa a failed state? Not just yet