Throughout this year, Master KG’s offering has been welcomed like the sweetest sea breeze across the globe. Picture: Gallo Images

Musicians such as Hugh Masekela, Miriam Makeba and Caiphus Semenya have often served as unofficial ambassadors bridging the gap in cultural understanding.

Their music brings opportunity for connection and exchange.

In the year 2000, kwaito superstar Mandoza released Nkalakatha, which soon became (and I hate this term) a crossover hit. Nkalakatha could be heard on every street corner in the townships and also blared loudly in the suburbs.

One big memory of the song is hearing it play over and over again during the holidays while having to join in on the dreaded cricket matches with family, watching Shaun Pollock walk on to the pitch with Nkalakatha playing loudly to get him pumped up.

But it seems our beloved white people have retired the song that introduced them to kwaito music and have replaced it with the new global phenomenon Jerusalema by Master KG.

Nkalakatha really had a good run, rest in peace Mandoza.

Let’s exhale and be proud of what we’ve overcome, but let us not forget that the people at the top are gifted in throwing us a distraction or two when we ask too many questions

From the neighbours opening their eyes and rolling over to the braai stand, and the cars driving by slowly, leaving the entire house vibrating, to my nieces repeating the track on their phones and on the TV while doing the dishes, and even during family Bible study when my dad asked whether there was a hymn everyone could join in on and my niece whipped out her phone to play the song, Jerusalema has had a viral run.

Throughout this year, Master KG’s offering has been welcomed like the sweetest sea breeze across the globe.

Last week, President Cyril Ramaphosa urged South Africans to take part in the dance challenge “to reflect on the difficult journey we have all travelled, to remember those who have lost their lives, and to quietly rejoice in the remarkable and diverse heritage of our nation”.

Writer Sarah Dessen says: “Music is the great uniter. An incredible force. Something that people who differ on everything can have in common.”

Read: Here are some of the most watched SA Jerusalema videos

And boy, oh boy, has this song lifted spirits and got everyone involved, dancing and singing, showing how resilient we are as a nation. And, dare I say it, easily distracted, too.

Not to be the resident buzzkill, but I read a post on Facebook that was a poignant reminder: “I’ve heard stories about being mugged and being asked to dance after that. Well, I’ve just seen that happen to an entire country.”

Let’s exhale and be proud of what we’ve overcome, but let us not forget that the people at the top are gifted in throwing us a distraction or two when we ask too many questions. Stay woke, Mzansi!

We live in a world where facts and fiction get blurred
In times of uncertainty you need journalism you can trust. For only R75 per month, you have access to a world of in-depth analyses, investigative journalism, top opinions and a range of features. Journalism strengthens democracy. Invest in the future today.
Subscribe to News24
Related Links
Let’s get the Jerusalema dance right
Next on City Press
To boost growth, SA must digitise now 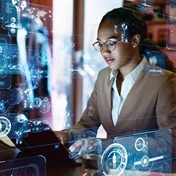 Read more on:
stay woke mzansi!president cyril ramaphosajerusalema dance challengecovid-19
Podcasts
Podcast | How to pay off your home and car

Choose a newsletter
Voting Booth
Thousands of Gauteng motorists who refuse to pay their e-tolls could be fined R500 every time they drive under a toll gantry from July next year. In addition, they will have to pay a R100 levy for every one of these fines.
Please select an option Oops! Something went wrong, please try again later.
e-tolls must be scrapped
77% - 151 votes
I still won’t comply
15% - 30 votes
I’ll do my duty and avoid fines
3% - 5 votes
Good idea to help the economy
5% - 9 votes
Previous Results
Dumisane Lubisi
Tributes from friends and colleagues of Dumisane Lubisi