Dear Jacob Zuma, do you really love the ANC? 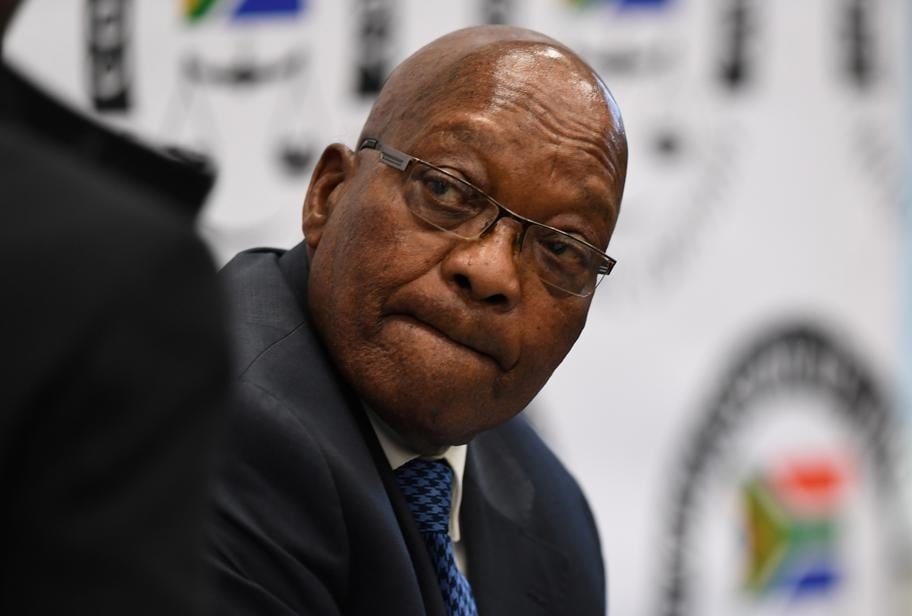 Mr President, think twice if you say you ‘love the ANC’.

These are not easy words to utter, especially for someone who has been the president of the ANC and head of state.

Even OR Tambo, who never became a head of state, I do not remember him saying, ‘I love the ANC!’

But for the years he led us, I never doubted the love he had for this glorious movement.

When you took your seat at that Zondo Commission, which I am happy you created yourself (apart from the explanation you gave to the nation on Monday) following the wishes of many South Africans, I believed this is the hour to free yourself of all the burden you carry with you.

Mr President, when you requested to make an opening statement and the Deputy Chief Justice Zondo allowed you to do so, I felt very confident that you are going to give the nation something to remember.

Then you started by saying you can be nasty; I was taken aback because I have never heard that word being uttered by any of the ANC presidents before you and those that have been heads of state.

I still said to myself, this could be a play with words. English is not our mother language.

The rest is history now. And where to now?

I had thought this whole exercise will be about the nation and its future. But in not so complicated words, you made it clear that this was about you and nobody else.

You referred to your personal sacrifices and what your family did and so on.

I could not stop tears coming down my face. I was not sure if I was crying or it was tears of shock.

By the time you finished speaking in that microphone in front of you, what kept ringing in my head were your words, Mr President – “I love the ANC!”

And you told the commission that you resigned because you loved the ANC.

Firstly, I have empathy for what you say you went through and have an understanding of your situation and where you come from.

On the other hand, having been in exile myself, I know that our struggle was a supreme sacrifice.

And so are other nations’ struggles. As one can lose his or her life in it, people join not for any reward.

We buried many friends and comrades in exile. Friends, we grew up with here at home.

Some families are still wondering what happened to their loved ones. We have not provided all the answers.

Here at home, I have also buried many comrades I was with during exile who have died very poor and actually isolated.

There are many who find themselves in a similar situation right now. I know this because just a week ago I was discussing this matter with officials of the department of military veterans.

After the ANC was elected into power in 1994, the then secretary-general of the ANC, Comrade Cyril Ramaphosa, told the conference that “the state of organisation of the ANC is also a cause for concern. The ANC has struggled to find its feet in the political terrain of the new South Africa.”

This was at the 49th conference of the ANC in December 1994.

In 2017 Comrade Ahmed Kathrada in the Foreword to my book ‘Unmasked: Why the ANC failed to govern’ says that “Perhaps the most critical failure has been the inability to create an economy that is inclusive of all, one that could have been more equal than it is now.”

The inequality in our society is something that we did not fully prepare for and we now have to deal with its consequences.

However, in my view, the biggest failure of the ANC is possibly the growing lack of hope that a better future is possible.

Our people understood in 1994 that change would take a long time.

They, however, had tremendous hope that the ANC would provide the leadership and character required to overcome these challenges.

The behaviour of many in the ANC has eroded that element of hope to the extent that many now no longer believe that government cares for them, or that it has the solutions to the many problems that people face on a day-to-day basis.

How did it come to this?”

On Monday, I was hoping for some reassurance that we are on course. But, it was never to be, with all the love we have for the ANC.

Now, my children ask me: do we really love the ANC?

I look forward to a time after all these hearings, to reassure my children and the youth of this country that South Africa has a bright future, and it is in our hands!

LONG LIVE THE LOVE FOR OUR COUNTRY!

Khulu Mbatha is an ANC veteran, public servant and author

We live in a world where facts and fiction get blurred
In times of uncertainty you need journalism you can trust. For 14 free days, you can have access to a world of in-depth analyses, investigative journalism, top opinions and a range of features. Journalism strengthens democracy. Invest in the future today. Thereafter you will be billed R75 per month. You can cancel anytime and if you cancel within 14 days you won't be billed.
Subscribe to News24
Related Links
Zuma: Ministers could have used my name to lie
Zuma: My life, my children and my lawyers have been threatened, again
Zuma: Mandela, Mbeki also enjoyed relationship with Guptas but there was no outcry
Next on City Press
Letepe Maisela | By saving his own skin, Ramaphosa saved all of us