Dear President Ramaphosa, this is what needs to be done 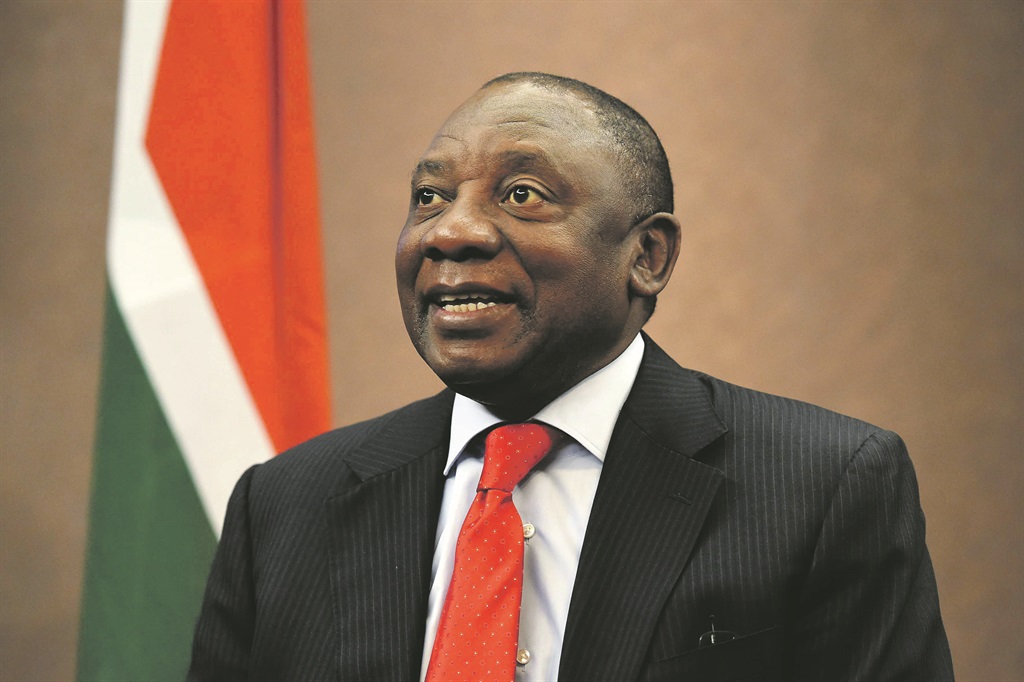 The government must ensure that the valuable equity in black hands is nurtured, harnessed and grown. Ramaphosa dare not fail, writes Sandile Zungu.

The challenges facing South Africa are those of poverty, unemployment and inequality.

Add poor economic growth and pervasive corruption and we have a potent mixture of challenges that can destroy our nation.

This reality leaves the Black Business Council (BBC) with no option but to raise our hand and say, “Thuma thina (Send us).”

We commit ourselves to be part of the solution that President Cyril Ramaphosa can count on as he leads a collective of single-minded individuals who are poised to strike a telling blow on the challenges the country faces.

The fight against corruption is truly on and Ramaphosa has made all the right moves.

We welcomed the appointment of the National Director of Public Prosecutions, Shamila Batohi.

The cleaning up that is under way at the National Prosecuting Authority (NPA) points to the new dawn. Corruption is a terrible affront to the poor. State capture is a phenomenon in which dubious characters ensnared and corrupted sections of the bureaucracy, depriving black business of an opportunity to do business with the state. We must fight state capture, including all its mutations, and defeat it.

The same goes for the brazen looting of the government pension fund and white-collar crime that continues unabated within corporate South Africa. The president does not and should not direct prosecutions. He shouldn’t have to.

The NPA must now fulfil its mandate without fear, favour or prejudice and, dare we add, with requisite haste.

South Africa built and transferred 3 million RDP houses in the past 25 years. At a total cost of R200 000 per unit, this translates to R600 billion.

Simply put, in the form of RDP houses, the government transferred R600 billion worth of equity to poor blacks. That is phenomenal. The BBC is proud of this achievement.

The government must ensure that the valuable equity in black hands is nurtured, harnessed and grown. Ramaphosa must ensure that commerce and industry is brought closer to where black people live.

Affordable broadband infrastructure for IT and telecoms should be rolled out to the township industrial and commercial nodes.

Young men and women who live in townships should be able to walk to work. In this way, township properties will become more marketable, valuable and better leverageable for further wealth creation.

To accomplish this will require the tweaking of the investment mandates of pension funds – including the Government Employees’ Pension Fund – and strengthening capitalisation of the provincial development finance institutions (DFIs). Provincial state banks should be created to fund the development of township and rural economies.

That’s how the sixth administration can begin to undermine the colonial and apartheid spatial planning heritage. Private sector banks, including the envisaged black bank, must also come to the party.

However, access to funding, access to markets, integration into the supply chains of large corporations, early settlement of invoices and dealing with the corrosive effect of monopolies and oligopolies remain the bugbears of SMMEs.

The new administration should make SMMEs a priority.

South Africa is faced with a unique challenge of youth unemployment, including the growing scourge of unemployed graduates. This curse will be reversed when the entrepreneurial spirit that our youth exudes is supported on a sustainable basis.

The fourth industrial revolution (4IR) brings with it new challenges of new, globally competitive skills that we do not have in South Africa. Yet 4IR also brings new opportunities for doing global business, irrespective of where the service provider is located.

Our youth must be supported through access to grant funding for research and development, which will enable them to service the 7 billion-plus global consumer and corporate markets.

With a conscientious ANC government as an enabler, the dreams of our young entrepreneurs will be possible.

Ramaphosa must review and interrogate the role of the DFIs in relation to their influence on transformation and employment.

Unlike the Development Bank of SA and the Industrial Development Corporation, the National Empowerment Fund (NEF) is the only notable post-apartheid creation.

The NEF was set up by the government to fund broad-based black economic empowerment, yet it is grossly undercapitalised. It can be reasonably concluded that the NEF has been begrudged and set up to fail in pursuit of its noble mission.

Ramaphosa must address this issue and give the NEF the support that it desperately needs.

It is a shame that 25 years since the advent of our democracy South Africa does not have a black bank – a bank that is majority-owned by black South Africans and possesses the scale and scope for retail and corporate banking.

The dominance of the big banks in our economy, all of which are pre-1994 constructs, does not fill our transformation psyche with pride, not at all.

There must be a very deliberate and conscious decision by Ramaphosa to support the urgent creation of a black bank. The registrar of banks and the Public Investment Corporation must be encouraged to support the move.

When we celebrate 30 years of freedom in 2024, we must count among our successes – a black bank, standing head and shoulders among the top four banks. It is entirely possible.

Ramaphosa shall make it happen.

The Preferential Procurement Policy Framework Act of 2000 remains the biggest impediment to black business doing meaningful business with the government. Essentially, it gives a unique and unassailable advantage to multinationals and established white firms in their dealings with the state.

The BBC long ago pleaded for the repeal of the act, which pleas were acceded to, but not implemented.

Now is the time to do away with the act, once and for all.

Last, but not least, the reduction of the size of the executive is of critical importance. The Cabinet is evidently unwieldy and its effectiveness questionable.

We support Ramaphosa’s efforts to cut the size of his Cabinet to 24/25 ministers and far fewer deputy ministers.

We believe Ramaphosa’s lead will set the tone for all organs of state to review their own contribution towards an efficient, cost-effective and capable state. Who gets appointed to ministers will be of greater importance. We expect continuity and change.

We would like to see knowledgeable, skilled, competent and industrious women and men appointed to lead the economic cluster of ministries. These must be people who are entirely fit for purpose and driven by the need to serve with integrity.

The BBC is very excited about the prospects for our economy and believes in and trusts the leadership of Ramaphosa.

Ramaphosa carries the hopes of millions as he prepares to lead the sixth administration. He dare not fail.

We live in a world where facts and fiction get blurred
In times of uncertainty you need journalism you can trust. For only R75 per month, you have access to a world of in-depth analyses, investigative journalism, top opinions and a range of features. Journalism strengthens democracy. Invest in the future today.
Subscribe to News24
Related Links
Ramaphosa appoints head of new NPA investigating unit
White House to attend Ramaphosa's inauguration, but no Trump
Ramaphosa seeks Health Professions Council probe
Next on City Press
Editorial | ANC’s worrying priorities

Choose a newsletter
Voting Booth
ANC secretary-general Ace Magashule has written a letter suspending party president Cyril Ramaphosa in apparent retaliation after he was served with a letter of suspension on Wednesday.
Please select an option Oops! Something went wrong, please try again later.
He doesn't have the power
37% - 63 votes
It’s a declaration of war
21% - 36 votes
Nothing but a distraction
42% - 72 votes
Previous Results
The best of 2020
Can you guess who featured in our most popular articles from 2020?