Eskom’s attempt to shift the blame for loadshedding is hogwash The ongoing load shedding in South Africa is an indication that the country has to consider a much higher uptake of renewable energy in our electricity mix.

The attempt by Eskom’s board chairperson, Jabu Mabuza, to shift the blame on South Africans is absolute hogwash. South Africans should not have to take the blame for gross mismanagement at Eskom, nor for the fact that the utility actually campaigned against renewable energy for years.

Contrary to what Mabuza said, we are not all responsible for the crisis that Eskom is in. Gross mismanagement and corruption combined with a business model that doesn’t work anymore is at the heart of our loadshedding woes.

Eskom has given many excuses for the load shedding, ranging from backlogs in maintenance, diesel shortages and low water levels. The latter is a strong reminder that South Africa is a water stressed country that cannot afford to use up our scarce water reserves to feed high water consuming energy technology – namely, coal-powered stations.

Eskom’s business model has no future in terms of delivering on its mandate. Continuous bailouts, tariff increases and advancing loans do not seem to work for getting our utility to keep the lights on. Eskom’s claims of backlog in maintenance, shortage of diesel (for its diesel generators) and low water levels are signs of poor planning on the utilities side and should have been avoided to prevent constant blackouts.

Greenpeace Africa has previously called out mega-water users, including Eskom, to change their business models due to water scarcity. Citing low water levels as one of the reasons for the current blackout, is a stark reminder of the extreme drought recently experienced in Cape Town, the greater Western Cape, the Eastern Cape and the Northern Cape. Eskom is one of the biggest consumers of water, and is the country’s only strategic water user. The utility consumes a whopping 10 000 litres a second.

The country’s almost complete reliance on coal is bound to compromise the country’s electricity supply as nearly 90% of our electricity is generated from a single source: coal. The current blackouts, courtesy of Eskom, comes as no surprise with some power plants such as Kendal Power Station experiencing major challenges, including broken pollution abatement equipment, putting people’s lives and health at risk.

Renewable energy technologies have become cheaper – far cheaper than coal – allowing us to reduce the health impacts associated with coal. But only if we do actually invest in renewable energy. As highlighted by Greenpeace’s recent global NO2 pollution satellite map, coal is a major factor for South Africa’s air quality – leading to respiratory illnesses, including chest pains, and long-term illnesses such as cancer and heart disease.

The impact of load shedding, sadly so, is felt by every individual in South Africa.

Business takes an astoundingly huge financial knock when production is disrupted and services delayed. The lives of residents have to pause while government’s service delivery suffers the same fate as all of the related impacts cascade to the ordinary citizen.

According to Khulu Phasiwe, Eskom’s spokesperson, the utility is in the process of replenishing diesel and water resources so that it can improve the situation. The question then is: how will scarce water resources be replenished in an already water-scarce country? As a result of global climate change impacts, some areas, including the southern Africa region, are getting drier overtime. With the highlighted challenges, there is not much hope on the horizon if one considers that Eskom could complacently continue burning coal.

With South Africa’s current energy system and policy approach, we are now in a state of crisis and load shedding will continue to be the norm. An objective approach and decision based on available-verifiable evidence needs to be taken with regards to retiring the inefficient and costly archaic coal power stations and replacing them with renewable energy. Eskom itself should take a leading role in the renewable energy sector, but we have to fix what is broken, we cannot continue with the utility in a perpetual state of crisis.

For the South African government, this means renewing the electricity sector social contract by producing a progressive, rational managerial approach – based on sound policies – that has broad buy-in and that articulates Eskom’s role in shifting its focus to renewable energy.

The recent round of inputs on the Integrated Resource Plan (IRP) – through the Parliamentary Committee on Energy – offered an abundance of evidence that South Africans favour sustainable clean energy solutions to move the country’s energy system forward, and out of the coal doldrums. These submissions must be taken seriously in the final IRP draft and be adopted to increase South Africa’s renewable energy investments, and ultimately reduce the risk of rolling blackouts in the near future.

• Nhlanhla Sibisi is the Climate and Energy Campaigner at Greenpeace Africa

Related Links
Gordhan’s insight is encouraging for all except Eskom’s management
Eskom wants the state to take on R100bn debt
Economic growth hits the skids as SA faces more power cuts
Share
Next on City Press
Can we use African indigenous knowledge to tackle Covid-19? 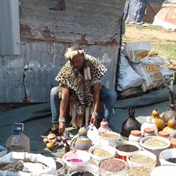 Read more on:
jabu mabuzakhulu phasiweeskom
ON MY RADAR
for subscribers
On My Radar | Take care as you step into the metaverse