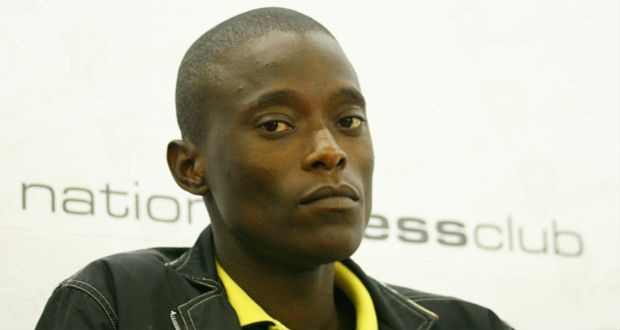 I vividly remember watching the announcement that ANC Youth League president Julius Malema had been expelled from the ANC.

It was 2012, and I was at Tambo House in Deputy President Kgalema Motlanthe’s study.

It was an upsetting injustice, a slovenly display of political thuggery. The strong were exercising their will on the weak and the weak were to suffer as they must.

That decision was wrong. It was abusing institutional instruments to achieve narrow-political ends.

That is why the judgment was laced with pseudo-legalese yet everything it said violated just about all principles of natural justice.

I sought counsel on the decision from Motlanthe, who was very committed to teaching young people about ANC culture.

He may have not directly answered my question. But he has taught us that “some of the challenges facing the ANC today have to do with the fact that we no longer love members of the ANC”.

“You have to start by loving ANC members – that is why the ANC never routinely expels its own, it only gets rid of its most incorrigible.”

At the time I thought: “This old man is smoking his socks.” How does one love members? I actually said to myself “this can’t be love, it is battered wife syndrome”.

But now I get. It can only be a spiteful and hateful ANC that spits it out its own children.

The ANC has failed to lead its youth league. The failure manifests itself at two levels.

When the youth league holds its conference, the mother body deploys leaders to oversee it.

Part of their duties is to ensure that there is no veering off ANC policy – actually admitting that they lack the capacity to ideologically convince their own children of the soundness of their policy.

When we were in South African Students Congress some members wanted to adopt a resolution that it is the socialist student organisation.

Kgalema, then secretary-general, stopped it.

There are many other instances in history where the youth league had said unpalatable things to the ANC, it never resorted to strongarm tactics.

As Motlanthe put it, when a young leader like Peter Mokaba gets into trouble, the duty of the ANC is to “pull him by the ear, monitor him and keep him out of trouble. It would not relish an opportunity to destroy him. They only get rid of the most incorrigible.”

The ANC, he said, was always “inclined to boiling a rock in one pot and an egg in another. It only considered expulsion when the stone starts boiling.”

But when do rocks ever boil?

For example, the ANC put up with the Pan Africanist Congress faction for more than five years before it expelled them.

It was also cautious not to remove them from office when they were still elected leaders, for to remove them would mean to steal away the voice of members.

It was only after they were voted out of office that their ill-discipline was finally acted upon.

But the ANC learnt a painful lesson – it is always counter-revolutionary to expel a group of members on political differences, for when they leave, they take ANC members with them.

On the basis of this lesson, I formulated the view that the expulsion of Malema et al was counter-revolutionary.

So I think we owe Sindiso Magaqa an apology – a proper apology not the superficial “I am sorry I got caught” kind.

He deserves a genuine apology with remorse, a sense of repentance and a promise never to do it again.

But this is only possible if we deal with this phumasingene syndrome – which is the removal of a large number of experienced cadres and their replacement with new, inexperienced comrades – that killed him.

Since 2007 our movement has been undergoing this counter-revolution.

They browbeat members of the ANC into submission in order to appoint their preferred proxies. They use genuine grievances to divide us.

They have dissipated our culture of tolerance, open debate and decisions by consensus.

They do not rule by the force of good reason, they rely on slates, numbers and money.

They have eroded the fundamental values of the ANC. For them the depth of one’s pocket, the reach of their patronage networks and bags of sycophants determine their values.

They will purge us one by one and kill us in numbers as long as they are guaranteed a seat in power.

I have actually resigned myself to the reality that we are in ICU, if not dead on arrival.

But, sometimes I think we must lend it to them.

We know they have no capacity to run it. When they are done and too spent to finish it off, we can come back to rebuild it.

They can only hoodwink the people for so long; they never learn from their mistakes, they are just as incorrigible and dull as rocks.

But to get to that point we must start by telling the truth. For small lies breed big lies; small indiscretions, poor judgments; and little blunders, monumental disasters.

Out of own lack of vigilance, expediency and instant-gratification we have allowed this phumasingene syndrome to take root.

These people have rid us of very good and dedicated cadres.

They recalled Thabo Mbeki, removed Motlanthe, suspended Sindiso Magaqa and are now calling for Jacob Zuma to go – only now that they no longer have any use for him.

Daily they speak with forked tongues about scandal after scandal, yet they too are caught with their fingers in the cookie jar.

We can never call anyone to account any more. They all cry wolf, conspiracy or sabotage.

But when one really scrutinises, they are all the same – thieves who know no honour.

They get away with murder because they know we love the ANC more than we hate their little irritations. They take advantage of our innocence.

This is why we must never forget that Sindiso Magaqa was removed for nothing else but holding a different opinion.

As the African proverb goes, “be careful when a naked man offers you a shirt.”

I don’t want to form part of a Phumasingene regime change from Saxonwold to Stellenbosch or any other form of capture.

The Phumasingene Brigade has split into two factions. This is why they cannot unite us. It is who they are. They know how to destroy but not how to build.

So they are trying to steal another election by hook, crook or brown envelope.

This is why they are willing to kill.

Millions and millions have been spent on these crazy campaigns as if members of the ANC do not know who their leaders are.

Their donors, bo Laxashe, are waiting in the wings and breathing down their necks.

And so they kill. The phumasingene syndrome killed Sindiso Magaqa.

• Lebogang Hoveka is a former speechwriting specialist in the office of the deputy president. He writes in his personal capacity.

We live in a world where facts and fiction get blurred
In times of uncertainty you need journalism you can trust. For only R75 per month, you have access to a world of in-depth analyses, investigative journalism, top opinions and a range of features. Journalism strengthens democracy. Invest in the future today.
Subscribe to News24
Related Links
Mbalula takes aim at Malema during Magaqa memorial
AS IT HAPPENED: Campaigns for NDZ, Ramaphosa at Magaqa memorial
Next on City Press
Dinga Sikwebu | Sisulu’s political inauthenticity is astonishing