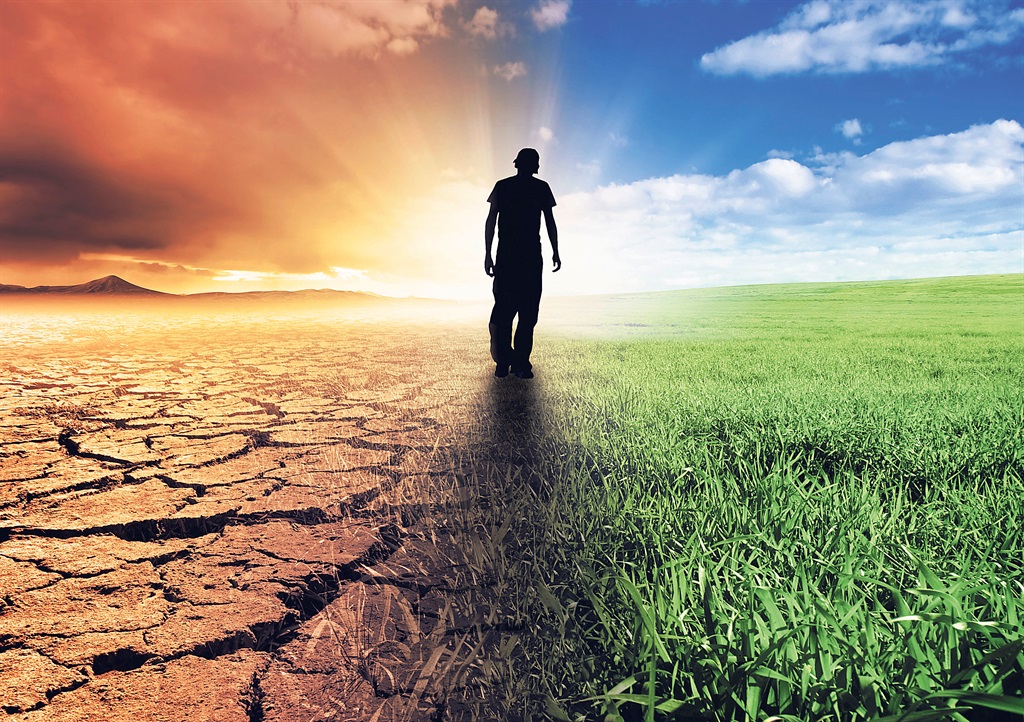 We are in the middle of a South African heatwave. The northern hemisphere has just completed a very uncomfortable summer, with July being the hottest in recorded history. The start of the southern hemisphere spring appears to be completing this year’s weather cycle in competition with the north – promising a hot, dry summer with short intervals of intense rainfall. In other words, presenting more threats to our food security.

World Food Day, celebrated on October 16, continued to leave us uncomfortable. While considerable progress has been made in various parts of the world, we still have 821 million people who suffer from chronic undernourishment. That’s more than 10% of the world’s population.

The outlook is dimmed by the prospect of an even more difficult environment on the back of climate change and increased frequency of extreme weather events such as droughts and floods.

The number in South Africa, according to Stats SA, is 6.8 million people who are chronically hungry, meaning they go to bed on an empty stomach daily.

In this mix are 500 000 households with children who are subject to hunger pangs. Add to this the growing global epidemic of obesity and malnutrition to complete the ticking time bomb of the global nutrition challenge of the 21st century.

Adequate nutrition is critical in the first 90 days of a child’s life and, in general, if undernutrition persists for the first four years, the damage is largely irreversible. We know that undernutrition is a central pillar of the poverty trap. Poverty restricts access to food, which leads to restricted physical and cognitive development. This in turn limits economic activity and productivity, which perpetuates the poverty. And the cycle continues intergenerationally.

The outlook is dimmed by the prospect of an even more difficult environment on the back of climate change and increased frequency of extreme weather events such as droughts and floods.

Read: But do you really care about the environment?

How do we organise for future food security to enable the next generation to successfully escape the poverty trap in South Africa and the world?

The key engines to future food security include:

Optimally using key resources such as water, energy, fertilisers and other growth enablers on the back of better, more accessible real-time information drives efficient agriculture and higher productivity.

But an important anxiety associated with these interventions is automation and the potential negative effect it may have on jobs and livelihoods. The fourth industrial revolution can, in fact, stimulate and achieve exactly the opposite.

Currently 70% of the world’s food is produced by 500 million small-scale farmers. Mobile technology tools will enable these farmers to have a reasonable component of real-time information to perform state-of-the-art precision agriculture on the smallest of plots, thereby increasing productivity and drastically reducing costs.

Secondly, the advent of new innovations such as the concept of social franchising can double the number of small-scale farmers and therefore agricultural productivity globally in the next 10 years.

Social franchising has been successfully piloted by the Water Research Commission and is a new model for enterprise development. It allows for someone with zero financial investment to access a support structure for an initial period.

The commission’s pilot created 20 companies, each now employs at least three people and is still in business three years on.

This might be a viable mechanism for emerging farmers in South Africa and a means to achieve a global target of 1 billion small-scale farmers and many more entrepreneurs in the food value chain.

But these interventions might prove ineffective against the vagaries of heat waves and extreme weather events catalysed by the climate crisis.

There is the matter of obesity and malnutrition epidemic.

Key to food security is resilience in the diversity of staples. If these new staple crops have the added benefits of higher nutrition levels and greater tolerance to drier conditions, then we truly have a winning solution. Missdirected funds by the state and provincial institutions

The third intervention is underutilised and orphan crops. They are sometimes also referred to as traditional crops because our wise ancestors had an important handle on food security, albeit on a smaller scale, and are in most cases indigenous.

The number in South Africa, according to Stats SA, is 6.8 million people who are chronically hungry, meaning they go to bed on an empty stomach daily.

Research has shown that in general these crops use much less water than their exotic mainstream monoculture cousins, making them more resilient to drought conditions. They are also more nutritious and, with higher levels of iron and trace elements, becoming an important bastion against malnutrition. Examples include well-known sweet potato, Bambara groundnut, cowpeas, spider plant and indigenous spinach – amaranthus or morogo. The superresilient include sorghum, which is both drought tolerant and is tolerant to waterlogging.

The green revolution of the 1950s and 1960s massified agriculture in a monoculture paradigm to stave off mass hunger and was highly successful. The 21st century agricultural revolution lies in new diversification in a resource efficient and resilient agricultural model enabled by the innovations of the fourth industrial revolution.

Naidoo is CEO of the Water Research Commission

We live in a world where facts and fiction get blurred
In times of uncertainty you need journalism you can trust. For only R75 per month, you have access to a world of in-depth analyses, investigative journalism, top opinions and a range of features. Journalism strengthens democracy. Invest in the future today.
Subscribe to News24
Related Links
Our taps are running dry: Demand exceeds supply in large parts of SA
Poor African countries are a natural disaster away from a crisis
Food security plan is ‘a step in the right direction’ but could cost billions
Next on City Press
The unlikely brotherhood of CBD Twitter and MacG