Gender equality: Are we on the right track? 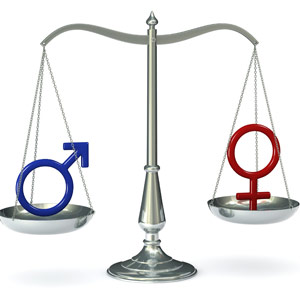 Recently we have seen a proliferation of men’s movements and campaigns in South Africa, urging men to join women in the struggle against gender inequality, particularly men’s violence against women and children (VAWC).

The most recent is the 100 Men March: Stop Violence Against Women and Children held in Pretoria earlier this month.

The aim of the march was to “highlight the impact of violence against women and children and call for an end to the violence”.

Academic literature on critical men and masculinities studies and gender activists have also emphasised the need to draw men into the fight against gender inequality.

From the standpoint that gender is relational, thus both men and women must be involved to effect meaningful change in gender relations, gender scholars and activists argue that the struggle against gender inequality is futile without the involvement and/or engagement of men.

The campaigns and marches and men’s response to this call is an undeniably positive turn in the fight against VAWC.

The discourse on VAWC has been alienating men in the past, primarily painting them as perpetrators.

The inclusion of men is due recognition that the majority of men are loving brothers, husbands, fathers and sons for whom the safety of the women in their lives is a concern.

This turn in discourse also opens up the conversation about many men’s complicit silence about injustices done against women by some men.

At the same time, however, calling men to join the struggle can put men at the forefront of gender equality and present the struggle as a men’s issue.

This is an important area of reflection as it can quickly turn a solution into a problem.

Feminism has long identified patriarchy, a system that awards men domination and unearned privileges over women, as the essential problem in women’s struggle to take up their rightful place as men’s equals in society.

We must ask ourselves what it means for men to be called to join the struggle against VAWC within a context where various institutions continue to protect men’s patriarchal privilege of being decision makers, leaders and heads of households over women.

Ongoing patriarchal gender norms require men to be protectors and providers for their families. As such, the men who are called to join the struggle often understand their societal role to be deciders, leaders and protectors.

These roles are particularly meaningful in a context where, given the economic climate and job scarcity, the role of being a provider has become precarious for the majority of men.

When we call on men to join the struggle we possibly enter a slippery slope of men dictating the terms by which women should live.

When one is seen as less capable of their own protection, the one whose duty it is to protect is likely to dictate the terms within which such protection will be provided.

By not problematising men’s traditional role as women’s protectors, we inadvertently legitimise men’s control of women and further undermine women’s resistance to societal expectations such as how they should dress, where, when and with whom they should socialise, and how they should behave.

Furthermore, we send the message that the rape of women is because of men’s failure to protect women. Such a message is not likely to bring about a reflection on gender norms.

Rather it perpetuates the expectation for men to be warriors and literally fight for women, fuelling rather than curbing violence.

Moreover, the struggle becomes less about creating a violent free society where women can feel safe than about keeping women out of situations of violence – through controlling women and/or engaging in violence against perpetrators.

There certainly is value for marches because they help raise awareness and mobilise men to engage in the struggle against VAWC.

However, to be effective they should not be an end in themselves because they can give us a false sense of accomplishment as men come out in their numbers to support the cause, yet marches could be making little or no impact to VAWC.

When calling men to engage in the struggle, it must be emphasised that they are called as women’s equals, as another voice that also stands against the abuse of women and children.

We must guard against men’s passionate involvement in the struggle and men becoming a legitimised tool through which they can dictate to women and reclaim male privilege to maintain patriarchy.

More important, however, it is vital to be mindful that patriarchy and rigid gender role division and expectations are at the core of gender inequality and VAWC.

To create safe spaces for women and an equal society, we must work to resist and change gender norms, including men’s roles as women’s protectors, and related expectations of men’s demonstration of strength and invulnerability.

Indeed, part of the work in creating safe spaces for women is highlighting men’s own vulnerability – that they are also victims of violence at the hands of other men, and that patriarchal gender norms deny men the space to acknowledge such vulnerability.

The association of violence with idealised forms of masculinity and the acceptability of violence as a solution must be denormalised.

The agenda of men’s campaigns and marches must be more inclusive of all forms of violence to make all violence unacceptable, not just VAWC.

Finally, recognising that gender inequality is deeply rooted in patriarchy, we need more long-term and systematic rather than once-off, sporadic engagements with men and women on issues of violence and gender inequality.

In particular, government would do well to scale up evidence-based programmes (for example, Stepping Stones), given that these have already shown to be effective and are more likely to make an impact.

- Nkosi is senior researcher at the SA Medical Research Council

What is the best way to involve men in fighting violence against women and children?

SMS us on 35697 using the keyword GENDER and tell us what you think. Please include your name and province. SMSes cost R1.50

Related Links
Say no to femicide: Gender rights are human rights
Gallery: Women demand safety and end to violence
‘We won’t fold our arms on violence’. #100MenMarch is ‘just the start’
Share
Next on City Press
SA needs a truth and corruption commission