Instead of being one with the people, some leaders have become demigods 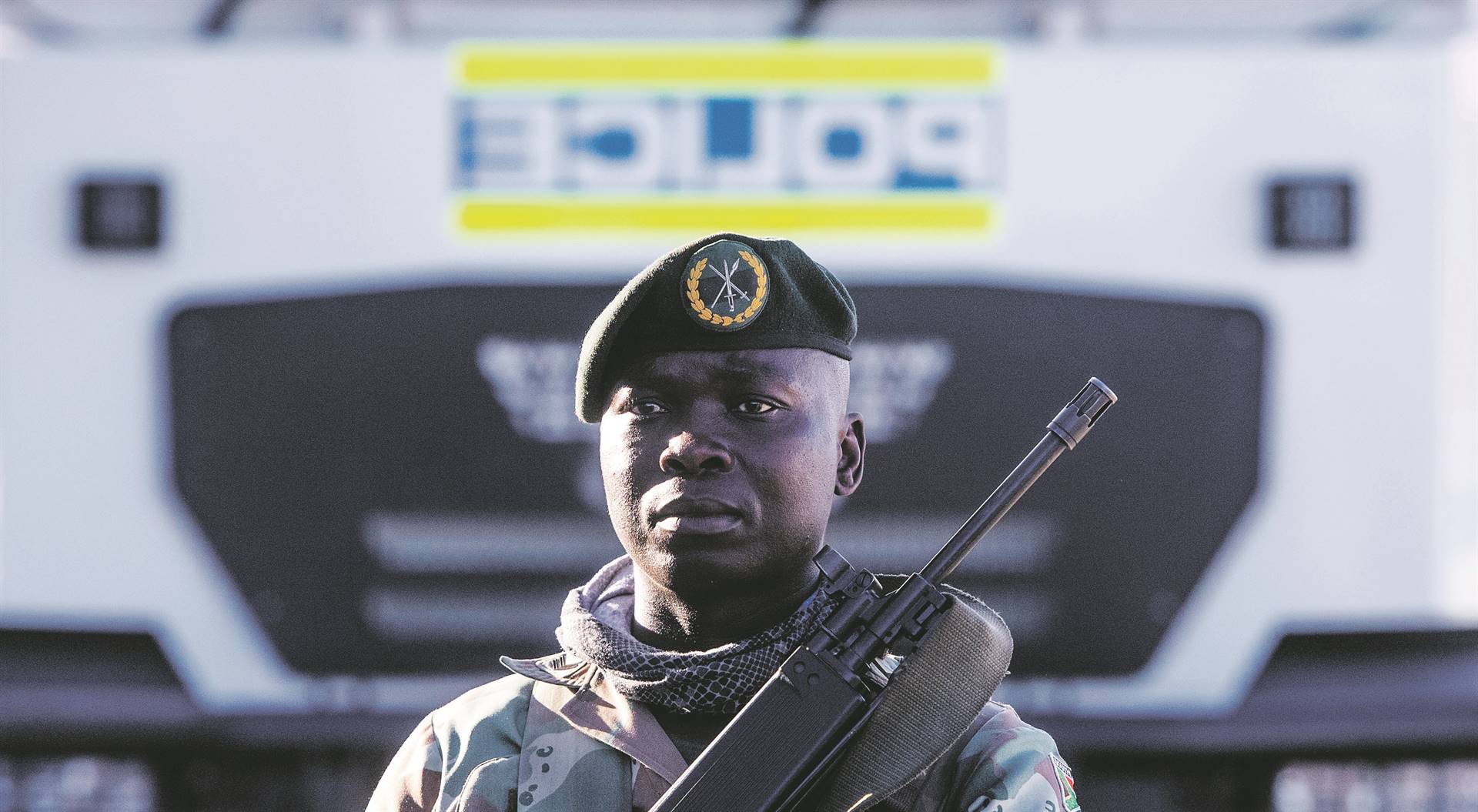 There is value in having armed forces with the right social consciousness. Picture: Brenton Geach/ Gallo Images

‘At the risk of seeming ridiculous, let me say that the true revolutionary is guided by a great feeling of love. It is impossible to think of a genuine revolutionary lacking this quality.

We must strive every day so that this love of living humanity will be transformed into actual deeds, into acts that serve as examples, as a moving force.” Ernesto “Che” Guevara

Observing how the progression and/or regression of our nation is unfolding today – and wondering what Chris Hani would have thought or done had he been alive – it is hard not to be reminded of these profound words by one of the greatest and most gallant revolutionaries of the 20th century.

At the risk of sounding too subjective myself, I might as well state that it is impossible to imagine a Hani who lacked this higher quality of love for living humanity.

In all my political ‘indoctrination’ in the ANC and congress movement politics since the late 1980s, Hani always stood out as the one leader who genuinely loved and cared for his people.

This is one quality that, to me, defined comrade Hani’s overall revolutionary outlook and conduct. As part of the ANC’s pioneers then, Hani was our Che. The significance of this higher quality of love for humanity is that it differentiates between the genuine leaders of our people and the pretentious ones using positions of political responsibility to do everything inimical to the needs of our people.

These days I have been reminded of comrade Hani’s abiding love and care for his people, because I have observed with trepidation the absence of genuine love and care for our people on the part of those calling themselves our leaders.

Instead of showing love and care for the people as comrade Hani would have, we have seen callous and cavalier behaviour on the part of some leaders of the ANC, the organisation to which Hani gave his life.

This behaviour has exposed their total contempt for our people. Instead of being one with the people, some ANC leaders have become demigods above the law and society, to whom we must all kneel and pray in submission.

In this context, we have seen so-called leaders contemptuously breaking the law governing the lockdown imposed by the very ANC government in its effort to arrest the spread of the Covid-19 coronavirus pandemic.

Some ANC leaders stand accused of Covid-19 corruption related to food parcels and other services meant for the most vulnerable members of our communities: women, children, the disabled, invalids and the unemployed. How shameful!

Accordingly, we dare ask here, where is the love and care for humanity when some in the ANC have the audacity to use a deadly pandemic that threatens to decimate hundreds of thousands of poor communities, for a devious scheme to enrich themselves? Is this a consequence of an organisation taken over by greed, instead of generosity?

We miss that ANC leadership made up of sterner stuff, as Hani was. Have they been forced into the margins of society and away from the political life of the ANC?
Mzukisi Makatse

Has the ANC become an apologist for this vile behaviour, instead of a caring organisation? Is this callousness a new, paralysing culture in the ANC today, instead of that higher quality of love for humanity which defined Hani’s overall political conduct?

As if this were not enough, we have also seen members of the SA Police Service and the SA National Defence Force claiming their prize in the scheme of things by brutalising marginalised and economically depressed black communities.

The dire conditions of these black communities have now become a source of their abuse by security forces, an antithesis of the struggle to which Hani devoted his life and for which he paid the ultimate price.

Comrade Hani would have been livid to see this painful paradox of the military and police of a black-led democratic government that was brought about by the blood of black people, brutalising the very same black people under the pretext of enforcing lockdown regulations.

He would have called out the ANC and demanded action against people like Minister of Police Bheki Cele and army chief General Solly Shoke, who seem to be encouraging this brutality by their careless and consistent statements that the police and army have a predilection to “skop and donner”.

In contrast, Hani understood the higher value of having armed forces with the right social consciousness. He understood this because he followed the teachings of such African revolutionaries as Thomas Sankara, who pointed out that a soldier without political education and consciousness is a potential criminal.

Hani would therefore be disappointed that the ANC government seem to have put more emphasis on the quantitative transformation of our armed forces, mainly tinkering with racial demographic numbers in the composition of these armed forces.

He would have called out the ANC and demanded action against people like Minister of Police Bheki Cele and army chief General Solly Shoke, who seem to be encouraging this brutality by their careless
Mzukisi Makatse

As a Marxist who believed in the material conception of history and dialectical laws of nature, Hani would be concerned that not much has been done to translate this quantitative shift in our armed forces to a more qualitative advance towards a democratic regime with an army with a higher social consciousness.

He understood that armed personnel were not robots programmed to brutalise people whenever they were deployed to our communities. As an armed force in a democracy, they are accountable and controlled by the civilian authority.

None so dangerous as weak and insecure individuals with power, because theirs is always a zero-sum game that treats every criticism as a threat to their power.

We miss that ANC leadership made up of sterner stuff, as Hani was. Have they been forced into the margins of society and away from the political life of the ANC?

Wherever they are, all I know is that Hani would have refused to be silenced in the face of an uncaring, spoilt and weak leadership that lacks love for living humanity.

Makatse is an attorney, director of Makatse Attorneys and a member of the ANC

Do you miss a compassionate ANC leadership? What have your related experiences been?

SMS us on 35697 using the keyword CARE and tell us what you think. Please include your name and province. SMSes cost R1.50. By participating, you agree to receive occasional marketing material

We live in a world where facts and fiction get blurred
In times of uncertainty you need journalism you can trust. For only R75 per month, you have access to a world of in-depth analyses, investigative journalism, top opinions and a range of features. Journalism strengthens democracy. Invest in the future today.
Subscribe to News24
Next on City Press
Third wave or tsunami? South Africans, let’s not add to the statistics