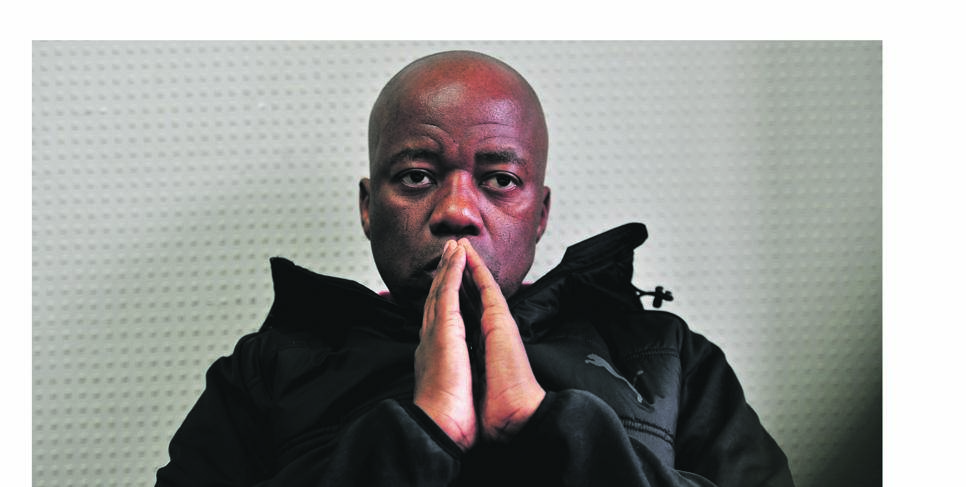 In his life, Xolani Gwala made just two big mistakes. One was to support Kaizer Chiefs, the other was his decision to quit consuming the holy liquid more than 15 years ago

In his life, Xolani Gwala made just two big mistakes. One was to support Kaizer Chiefs, the other was his decision to quit consuming the holy liquid more than 15 years ago.

Regarding the first one, there is no room for forgiveness. But with the second one, he made up for his transgression by always being the drunkest sober guy in a room full of people who had been at it for hours. His gregarious nature, and abounding wit and humour, as well as that thunderous laugh, would have fooled you that it was he, and not anyone else in the room, who had been guzzling all night. He would spend hours in that special place in the city of Johannesburg known to its inhabitants as The Corner/Ekhoneni, a precious little bar in Rosebank. Even when he was in remission, he would make a point of making an appearance at Ekhoneni and just be his good old self.

It says something about the character of a human being when news of a diagnosis is treated like a tragedy by total strangers who react like they are a family member who has hugged and shared Christmas lunch with the ill person. This is what happened when Gwala first broke the news that he had been diagnosed with stage four colon cancer. His determination to fight was embraced as a collective battle by all who were inspired by his declaration that he was not going to be defeated by the cruel disease.

When news of his passing broke on Friday morning, the outpouring of grief came from far and wide, with those who only knew his voice swept away by grief.

But of course they knew him. Gwala was not a broadcaster who you imagined in a far away studio – he had a connection with his listeners and talked to them like they were sitting across the table from him. That is what created the intimate relationship he had with all who tuned into his shows on SABC and 702.

But you should not have been fooled by his gentle nature and gregarious personality, as some powerful people were. He was a formidable journalist who took no prisoners. While he could conduct the most gentle interview with inspirational individuals, be empathic with someone who was facing one or other challenge and extract useful information for his listeners from a newsmaker, he could be equally combative if a powerful someone was giving him the run around and being evasive.

Many a strong leader or delinquent official got to see that side of Gwala.

Gauteng Education MEC Panyaza Lesufi described Gwala’s interviewing style like this: “With a person of Xolani’s calibre, you knew he wasn’t malicious. It wasn’t about exposing your capability – it was about knowledge.”

When he was the surprise programme director at last year’s Standard Bank Sikuvile Journalism Awards, a rather fit Gwala spoke matter of factly about the battle he was fighting. He joked like a man who was feeling no pain, and mingled and chatted with his fellow journalistic tribespeople as if he had never been away from the game. The multiple marathon runner had one huge message for his audience: Stay fit, it may save your life. He told them that, had he not been so immersed in running, he would have been in a much weaker position to fight his fight.

He did not see the battle he was waging as an individual one, and he used his energy to launch the #Change4Cancer initiative, which aims to create awareness around cancer, encourage early detection and – importantly – improve access to life-saving treatment for those who may not have the capacity to afford it. When he left this earth on Friday morning, Gwala had bequeathed South Africa that legacy.

He had also bequeathed a legacy of courageous journalism that is empathic and not arrogant, that speaks truth to power and fights for the small guy.

We live in a world where facts and fiction get blurred
In times of uncertainty you need journalism you can trust. For only R75 per month, you have access to a world of in-depth analyses, investigative journalism, top opinions and a range of features. Journalism strengthens democracy. Invest in the future today.
Subscribe to News24
Related Links
Xolani Gwala: It’s a privilege to be invited into someone’s private space
Mondli Makhanya: There has to be more to renaming things after struggle heroes than just a loud sign
Mondli Makhanya: SA needs a Cummings-like figure to tell us to be our better selves
Next on City Press
Editorial | Tighten your belt, the ride is getting rougher