Let’s change tack on crime. The onus is on the state to keep us safe

One Thursday afternoon in 2006, I took delivery of a brand-new car to replace the old one which had started giving me problems. It wasn’t a big a luxury machine. It wasn’t automatic. It was just a better car than the one I was replacing.

The smell of the new seats and their comfort, and I was in seventh heaven.

I drove the car back to the office that day and later went home. That routine was repeated on Friday and again on Saturday. On Sunday, we had a family drive in the new wheels.

By Monday morning, the car had done just more than 200km when the mother of our sons drove to work in it.

She ran some errands later, including a drive to the airport to meet a client and visiting a friend’s place in Braamfontein.

But when she came down moments later, the car was not in the parking bay where she had left it. It was gone. It had no number plates – only the temporary permit stuck on its window. It had no tracking device. I was to have had it installed the following day. But it was gone. 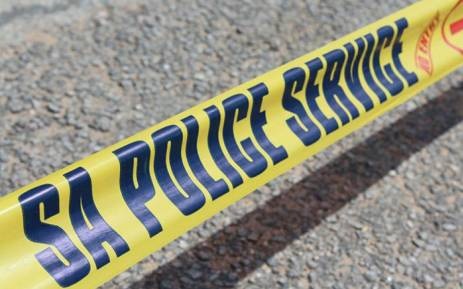 When I got the call about the car, my reaction was more of concern for her wellbeing, her safety and her state of mind at the time. The car was gone and I had accepted that fate. But I was angry that the thieves also got a bonus from the boot – a laptop and a camera, with a lot of family pictures. Those memories were gone and could never be replaced.

We reported the case at the Hillbrow Police Station and the police officer’s reaction was calm. “Do you have insurance?” I was asked. Of course I had insurance. The officer took the statement and promised that we would hear from the detectives. I got the case number which I handed over to the insurer after telling them what had happened. No call came from the cops.

For days after the incident, we found excuses for the crime that had been committed against us. The car was a target for thieves, we said. She was being followed because she was a woman, we added. The country had a crime problem, we consoled ourselves. When the insurer settled the car with the bank days later, we were relieved since the debt had been sorted out. We vowed never to buy a similar car and instead moved to get another vehicle which “would not attract thieves”.

Then 11 years later, thieves broke into our home and made away with household appliances and personal stuff. We had just renovated and had uninstalled the alarm system while work was being done but forgot to reinstall the system.

So, it was our fault that those thieves broke into our house and took our goods. We were happy that none of us were at home when our privacy was invaded by strangers who felt they had a right to enter our abode and take what rightfully belonged to us.

We were even happier that our helper had just stepped out of the house when the thugs pounced, because we could not have lived with ourselves had they found her inside because they would probably have raped or killed her.

The poor cannot afford such luxury of installing burglar bars on every door in their homes. They rely on government to provide security for them.

I narrate these personal stories because they sound so familiar to most South Africans who have been victims of crime or those who have had encounters with criminals. It has become our standard reaction to be thankful for life and that whatever had been stolen from us were just material things which could be replaced.

The private security industry is booming in South Africa. Those in gated communities have people watching over them while they sleep. It costs a lot to feel “safe” in this country. But the poor cannot afford such luxury of installing burglar bars on every door in their homes. They rely on government to provide security for them.

Government cannot and should not encourage the privatisation of our security. It is government’s responsibility to protect its citizens.

From the crime stats released this week by the SA Police Service’s top brass, it is clear that South Africa is a crime-ridden country and we have no plans to curb the scourge. It’s grim: 21 022 people killed, 53 837 women and children raped, killed and beaten in a year and we just move on. After all, crime has become so well entrenched that more than 40 people can be killed on the Cape Flats where soldiers have been deployed, but the country will move on.

We need to stop this madness, look at each other and ask: What are we doing as a nation to deal with escalating crime levels? Private security isn’t the answer, since very few people can afford it. Government cannot and should not encourage the privatisation of our security. It is government’s responsibility to protect its citizens.

This is not normal. Time for talking is over. Action is what South African needs. In that way, we can feel safe again knowing that the police are doing their jobs to deal with the crime.

Related Links
Protests and crime are driving away tourists
736 murders committed by children during past financial year
Who’s to blame for violence? The state, who neglected us, say hostel dwellers
Share
Next on City Press
Mondli Makhanya | Make 2021 a decisive year: Combine local, provincial and national elections