Mamphela Ramphele: We can stop the waste and plunder. The citizens must rise to the challenge 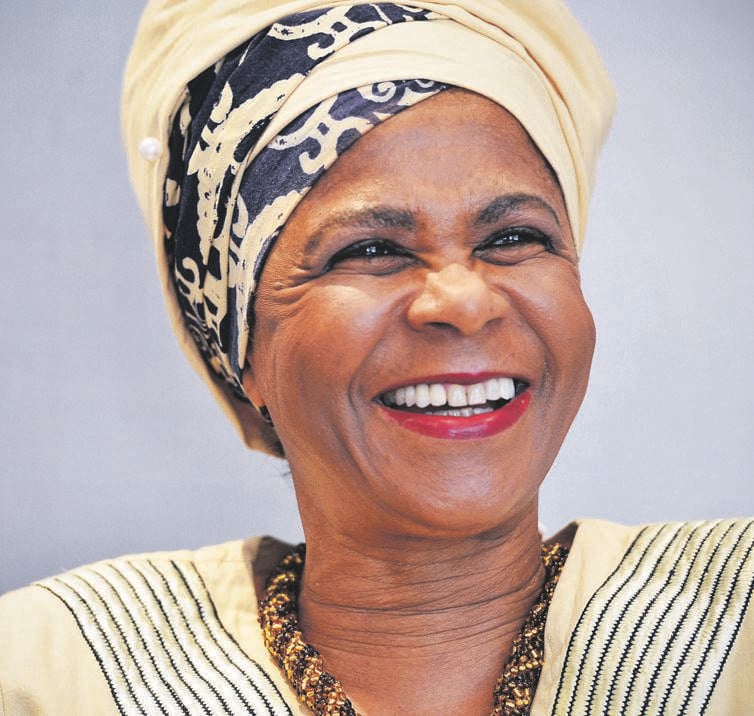 The power to hold our public servants accountable lies in our hands. We must use it to get the state services we want

Since the beginning of the struggle for the liberation of this wonderful country, we have kept watch on the future.

A future of a free society in which all of us have the liberty to express ourselves freely in thought, word and deed.

The gift and the burden of that free expression is that nothing in this country is kept a secret for very long.

And long may that be celebrated and jealously guarded. But we must admit that the truth is hard to take sometimes.

I am sure you are – as I am – horrified at what we are learning through the various commissions of inquiry.

It seems as if every day more truths are unearthed, painting a darker and darker picture about our previous leadership.

We do not yet know the total cost, but what we know is that future generations will have to bear a significant part of the burden of that cost.

We will have to confess to the next generation our complicity in incurring the huge cost of having chosen a severely compromised former president for whom many still profess their love.

Some experts tell us that more than a trillion rands have been directly lost. The growing debt burden has to be added to that loss.

It’s estimated that R2 trillion is attributable to recapitalising state-owned enterprises that have been milked by looters and rendered dysfunctional. This, too, will fall on the next generations.

Read: Budget 2019: Paying for past sins with future income

The opportunity costs are even higher, but it is difficult to fully calculate their value in monetary terms.

Our just transition to a low-carbon energy regime has been sabotaged.

We now have the worst of all worlds – a continuing high-carbon footprint and inadequate energy to power our economy and social lives.

Here, too, our grandchildren can rightfully curse us for putting their wellbeing and that of our biosphere at risk.

The burden borne by the poorest of us in the form of inadequate education, healthcare and other public services drives the growing inequalities and injustices of our society.

Here, too, we are morally responsible for lengthening the cycle of poverty for future generations.

We have failed even at the straightforward job of developing the talent of all citizens, which robs the country of the creative energy our society so desperately needs to heal the wounds of our ugly past and launch us into a future of shared prosperity.

Our new president seems isolated in his quest to help clean up our leading institutions, with some in his “top six” seemingly too compromised to fight for South Africa’s future.

How do we help leaders to see what the right thing to do is when they are too busy hiding their wrongs?

How can citizens be expected to elect the main actors in the state capture saga that has cost so much?

If they are so confident about their innocence why can’t they step aside until they have cleared their names?

Read: Barney Pityana: We are a filthy, selfish and greedy society

The attitude of some of the highest public officials of the governing party demonstrates a complete disdain and disregard for ethics and public accountability of public servants to citizens.

What kind of society are we to disregard unethical behaviour that is at variance with the core values of ubuntu enshrined in our Constitution?

We should be alarmed at the immeasurable damage done to the fabric of the public service by the culture of impunity that has taken root in the past decade.

The effect of the imposition of unethical leaders who make unreasonable demands on professionals has led to serious disruptions. Some professionals have experienced career limitations for refusing to cave in.

Many skilled professionals have been unemployed for years because of the fear factor among private sector players who are intimidated into not hiring them.

We should be alarmed at the immeasurable damage done to the fabric of the public service by the culture of impunity that has taken root in the past decade.

Those who caved in to the demands to enable state capture have been so seriously compromised that they are unlikely to be rehabilitated.

This is a tragedy in a society where there is such scarcity of talent in relation to needs.

Some of the best brains nurtured in the dying days of apartheid have been disabled by corruption.

Many others – black and white – have had to leave our country in search of peace of mind and safety for themselves and their families. This horrendous talent wastage is unquantifiable.

Another unquantifiable creative cost is the missed opportunities of entrepreneurs who were marginalised in favour of those willing to be part of the looting machinery.

It is not surprising that we are a country that has a high allocation of resources for stimulating entrepreneurship with the least return on investment.

Resources in the development finance institutions are routinely diverted to tenderpreneurs rather than to young creative business leaders.

What shall we do now? 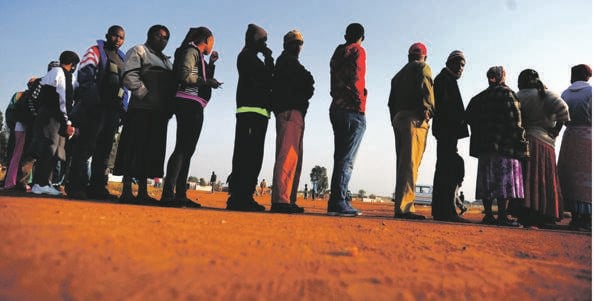 It’s up to the citizens of this country to ensure the right people, those whom we can trust, are voted into power. This file photo shows people queueing in Bekkersdal in the 2014 general elections. Picture: Leon Sadiki

There are two sets of key actors who need to step up and help turn around this state of affairs. The first are citizens in whose name governance is executed.

Citizens need to stand up against this fundamental disrespect and further erosion of our public service and talent wastage.

We need to challenge this culture of impunity and vote only for those worthy of our trust.

It is time for citizens to rise to the challenge of anchoring the democratic system they would like to see in our country.

We, the people, need to declare in uncompromising terms that we will not vote for parties that knowingly field candidates who are under a cloud of corruption or who behave in unethical ways, undermining our core values of ubuntu.

The hard lessons of tolerating unaccountable public servants in the past decade are that corrupt candidates become corrupt leaders.

They act with impunity because electing them, despite their questionable characters and the cloud hanging over them, gives them the legitimacy to preside over the abuse of public resources.

The SA Council of Churches (SACC) national convention’s citizen manifesto, released last week, spells out clear standards, norms and measures to use in assessing whom we can entrust with our vote.

We need to reshape our democracy into a demand-driven one in which we enter into a social contract with those who propose to represent us.

Anchoring democracy requires follow through to regularly assess the performance of public representatives and hold them accountable for agreed deliverables.

Such a demand-driven system anchored by engaged citizens is the only long-term antidote to impunity in public service.

We need to reshape our democracy into a demand-driven one in which we enter into a social contract with those who propose to represent us.

The second set of actors is good people within the ANC.

They need to recognise the urgent need for transformation of this liberation movement into an accountable democratic party.

Banking on fostering loyalty through family and comradeship is no longer appropriate for a 21st-century democratic party that has to serve all citizens.

We, the people, must also make strong basic demands to strengthen the foundations of a more accountable political process.

It is imperative to remember that the power to elect leaders we can trust is in our hands. This power was secured at a high price in the struggle for freedom.

No one should be allowed to take this power from us. We owe it to our children’s children and our biosphere to use this power wisely.

How do we ensure the people we vote into power will work in the best interests of citizens, rather than themselves?

SMS us on 35697 using the keyword VOTE and tell us what you think. Please include your name and province. SMSes cost R1.50. By participating, you agree to receive occasional marketing material.

We live in a world where facts and fiction get blurred
In times of uncertainty you need journalism you can trust. For 14 free days, you can have access to a world of in-depth analyses, investigative journalism, top opinions and a range of features. Journalism strengthens democracy. Invest in the future today. Thereafter you will be billed R75 per month. You can cancel anytime and if you cancel within 14 days you won't be billed.
Subscribe to News24
Related Links
Bitter medicine: paying the costs of state capture
How can you be neutral when your country is being destroyed?
Next on City Press
Fred Khumalo | Damn lies and politicians