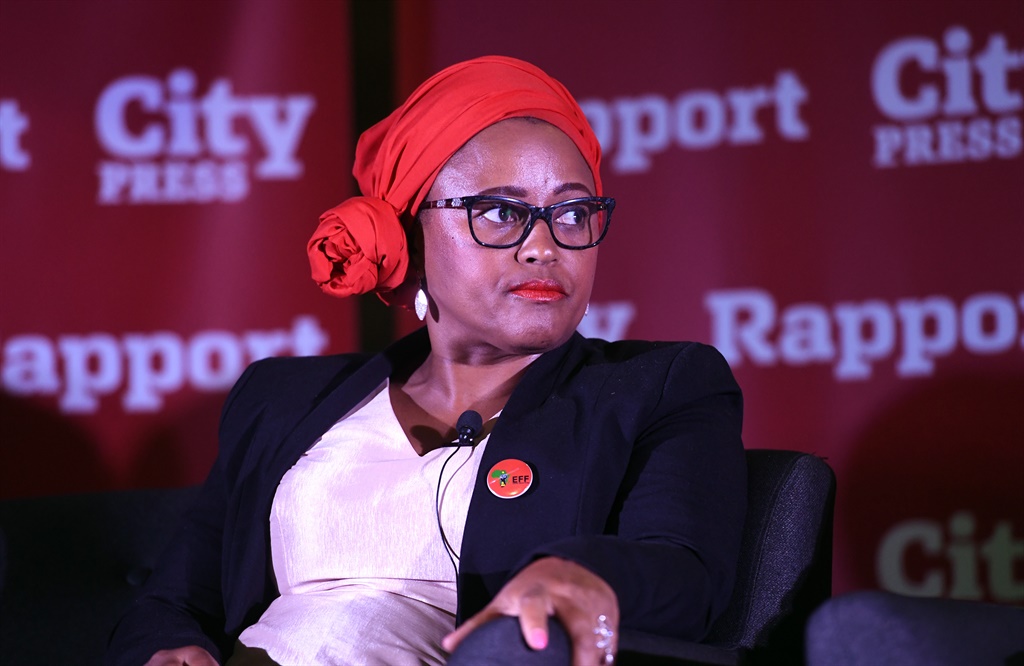 History shows us time and again that patriarchy will not allow women to ascend to positions of significant authority and control, writes Philile Ntuli

In this year’s installation of the calendar of feminist absurdities, April 2 notes as remarkable. It was the second year since Winnie Madikizela-Mandela assumed her seat in the courtyard of ancestors. The EFF was to be the chief mourner on the day.

Rightfully so, the ANC is yet to account to the institution of feminism for its sustained, systematic brutality and marginalisation of Comrade Winnie.

On this second year of her passing, however, her spirit rested with Commissar Mandisa Mashego, the feminist vanguard who led the historical disruption of the ANC’s hold on power in the Gauteng province.

It was to be her first public interview to confirm her widely speculated resignation from all executive positions of the EFF. An hour prior to the broadcast, and with no mind to the irony, EFF leader Julius Malema tweeted an official message of remembrance to his “Mama Winnie”, acclaiming that “she did not die but multiplied”.

This fantastical setting exposes the regime of patriarchy inherited by the EFF from its mother body, the ANC.

It was Malema who initially enticed public speculations of Mashego’s resignation, with an imperious plea to former Johannesburg mayor Herman Mashaba on February 1 to “speed up the process” of speaking with two of his provincial chairpersons. In the public discussions that ensued, a significant body of analyses vied against Malema’s alleged dictatorial brand of leadership. Commentator Prince Mashele was most unbridled, likening the EFF to the German Nazi Party.

Pointedly, the discussion is hardly engaged without mention of Mashaba and The People’s Dialogue. The consequence, however, is that public discourse misses the fundamental lesson and conclusion to be drawn from Mashego’s exit, which is that South African political parties and institutions in general, as they are currently constituted, are no home for feminists.

It is widely speculated that the outcomes of the December 2019 national elective conference of the EFF contributed significantly to Mashego’s resignation.

Perhaps most informing is the direct connection she herself draws between the ANC and the EFF in critiquing the erosion of democratic election principles and processes by slate politics.

She suggests that the problem of slates is not EFF-originating, but rather “habits sown in our psyche” from the ANC.

It was Malema who initially enticed public speculations of Mashego’s resignation, with an imperious plea to former Johannesburg mayor Herman Mashaba
Philile Ntuli

Over at the ANC, the position has been occupied by such leaders as Sol Plaatje, Walter Sisulu, Alfred Nzo, Oliver Tambo and even President Cyril Ramaphosa.

Most peculiarly, the position is also highly gendered. Ask Jessie Duarte, who, despite her obvious suitability, was compelled to make way for a comparatively less experienced Ace Magashule.

We will not mention the DA because, in the words of one Moruti (Mmusi Maimane), we do not talk about that here.

Back at the EFF, Mashego contested the position against Dlamini. As the ANC would, the latter was appointed with less than five years’ active experience in politics, against Mashego’s lifelong activism, acumen and competence. That Dlamini should triumph over Mashego is of grave concern to feminists and feminisms in South Africa and the continent.

To add to this calamity, Naledi Chirwa, the younger feminist allegedly responsible for nominating Mashego was subjected to severe forms of public humiliation. She was chastised and publicly shamed for practicing her religious rights and freedom.

In many ways, the moment mirrors the 1997 ANC elective conference and the contest for the position of deputy president between Madikizela-Mandela and former president Jacob Zuma.

It remains a historical misfortune of significant proportions that Comrade Winnie was compelled to decline nomination, effectively making way for Zuma to assume his next step towards a highly dramatic presidential tenure. In this regard, the EFF of 2020 is the ANC of 1997 and beyond. The very essence of its institutional fabric propounds male domination at all costs.

Unfortunately, no end is in sight, in the short and long term, for women’s marginalisation within the misogynistic command of political parties.

Women participate at the behest, and within the confines, of patriarchal cultures and masculinist diplomacy. Critically, the problem will not be solved by increased numbers of women in executive structures.

History shows us time and again that patriarchy will not allow women to ascend to positions of significant authority and control.

Even when they do occupy such positions, they face a mounted struggle against unceasing tactics to remind them of their alienation from the pack. Mashego herself highlighted this problem on March 9, the day after International Women’s Day, tweeting that: “For a genuine feminist struggle … women will have to reckon with the hard reality that to succeed and be patronage-free, manipulation-free, it must be women-determined and women-led.”

There remains only one alternative to a feminist politic and state – the reproduction of regimes of patriarchy through repeated, unprincipled, schizophrenic regurgitations of political theory and ideology
Philile Ntuli

Mashego, as do millions of South African women, cannot but feel a sense of alienation in political parties. To possess feminist consciousness and remain active in South African party politics is to be in a constant state of harm, vulnerability and profound disillusionment. This condition has, over time, been repeatedly pointed to by women political leaders, without much significant impact.

More recently, ANC Women’s League president Bathabile Dlamini, during Women’s Month last year, asserted that: “If we are not careful, in the near future, the very women who have swelled the ranks of the ANC are going to form their own organisation And they will not care whether it is a feminist organisation [or not], as long as it will meet their demands they will join it.” It is obvious, from these utterances, that South African women yearn to be led by a feminist government. The question that remains is not whether women can or cannot be organised into a united force.

The task is for feminist organisations and individuals to assume the process with a common, single goal of dismantling the status quo and to build a new, Africa-centric feminist government. A government that will purposefully work to end the perpetual oppression of black women is one worth fighting for.

There remains only one alternative to a feminist politic and state – the reproduction of regimes of patriarchy through repeated, unprincipled, schizophrenic regurgitations of political theory and ideology. As Mashego warns, “ideology won’t make a difference once you’ve looted all the money”.

Ntuli is a feminist. She is currently a doctoral candidate at the University of Cape Town

We live in a world where facts and fiction get blurred
In times of uncertainty you need journalism you can trust. For only R75 per month, you have access to a world of in-depth analyses, investigative journalism, top opinions and a range of features. Journalism strengthens democracy. Invest in the future today.
Subscribe to News24
Related Links
EFF conference fallout: Malema’s ‘strategy is to frustrate people until they resign’
EFF to establish its own radio station
Alexandra demolitions: ‘I will kill you if you move one step closer’
Next on City Press
Learning from the story of pioneering South African writer Sindiwe Magona