Mark of the beast: A perilous vaccine delusion foretold 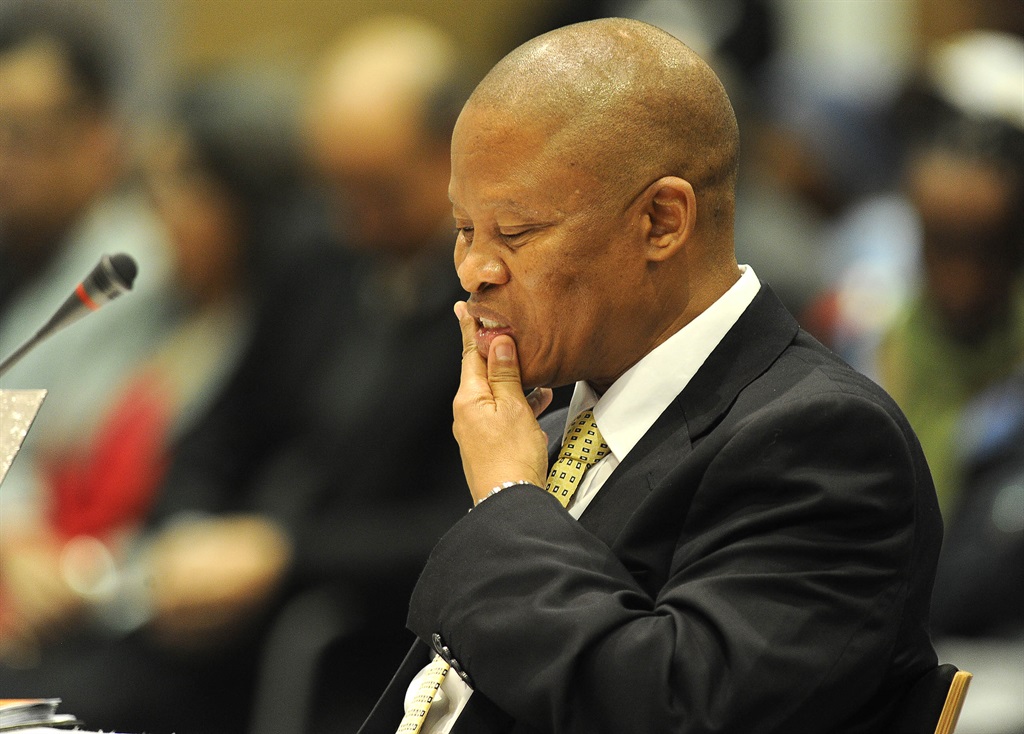 Since his appointment, Chief Justice Mogoeng Mogoeng has held forth on several political and social issues. Picture: Nasief Manie

Of the three arms of government – executive, legislature and judiciary – the last occupies a unique position in the constitutional life of South Africa. Apart from its juridical remit in the normal course of events, the judiciary plays an exceptionally important role in limiting the politically untenable and unconstitutional excesses of the various administrations of the democratic era.

This is as it should be, and we all should, as citizens of this great country, be grateful that this bulwark, despite intense pressure and ill-intentioned opprobrium, remains fairly stable and relatable to the people.

The office of the chief justice is the repository of the high authority of the judiciary. The chief justice enjoys a constitutional status equivalent to that of the head of state and the Speaker of Parliament, but with the distinction of being above the political life and lore that is the business of the other arms of government.

It is also common cause that judicial officers are part and parcel of society, and are free to hold personal views on any matter.

They are, however, by virtue of their oath and of their offices, constitutionally and professionally obliged to exclude personal opinions and beliefs, to the greatest extent possible, in the execution of their judicial responsibilities and the dispensation of justice for all.

The advent of the Covid-19 coronavirus, a pandemic of biblical proportions, no less, understandably prompts prayer by people of faith around the world who seek divine protection from the scourge

Since his appointment, Chief Justice Mogoeng Mogoeng has held forth on several political and social issues. His evangelical demeanour (he is apparently a lay preacher) often breaches the threshold of judicial reserve – a licence he perhaps mistakenly believes his elevated office affords him.

On the contrary, it indicates a worrying neglect by him of the ironclad and overriding imperative of the doctrine of the separation of powers.

Beyond his widely reported public utterances – such as those on women and on Israeli exceptionalism and the country’s occupation of Palestine – his controversial oeuvre now extends to public health.

The astonishing millenarian and fundamentalist underpinnings of his freely given views offend the rightful expectation of broader society that nonpartisan ideation and rigorous secularity must inhabit judicial doctrine, discourse and function.

The advent of the Covid-19 coronavirus, a pandemic of biblical proportions, no less, understandably prompts prayer by people of faith around the world who seek divine protection from the scourge.

The faithful find guidance and relief in these trying times through prayer, which provides succour to those beset with the infection and for those fearful of its consequences. This is aptly observed by the Danish philosopher Søren Kierkegaard: “Faith sees best in the dark.”

With more than 70 million cases, 1.5 million deaths and possibly many millions more to succumb to both illness and death before population immunity is reached, humanity needs all its ingenuity, diligence and solidarity to suppress Covid-19.

To his frequently banal disposition, Mogoeng has now contrived to add, via a public lecture at a hospital, of all places, a prayer not only begging for divine deliverance from the pandemic, but also launching an astounding attack on vaccines. This is unconscionable and the action of an ignorant fearmonger leading his followers into danger.

Vaccination is voluntary and people can rightly choose to not be inoculated against the virus if they so wish. There is a segment of the population set against it, as is their right, whatever one’s view of them or their beliefs. Their right not to be vaccinated, however, is at its limit when their failure to be vaccinated prevents herd immunity from developing, thereby perpetuating transmission and exposing others to harm.

To his frequently banal disposition, Mogoeng has now contrived to add, via a public lecture at a hospital, of all places, a prayer not only begging for divine deliverance from the pandemic, but also launching an astounding attack on vaccines.

The overwhelming majority of people anxiously await the arrival of a vaccine against this terrible virus. There is no gainsaying, by divine edict or otherwise, that vaccines offer decisive protection and are vitally necessary for the entire population, even for those who choose not to be vaccinated. To the extent that sufficient numbers of people are vaccinated, the virus will be sufficiently suppressed.

For the chief justice of a secular state to actively militate against vaccination out of a religious dogma that skirts the boundaries of reason, deploying a proselytising populism full of fire and brimstone to sow fear, is beyond the pale and is a resounding abuse of his office. It is incitement to harm, the animating principle that defines hate speech.

The absence of self-awareness and discernment, and a paucity of basic scientific understanding are truly appalling traits in the most senior judicial officer in the land. Mogoeng seems to not care that, at all times on a public platform, he holds the position of chief justice and should comport himself accordingly. It also indicates that South Africa’s judiciary is poorly led and its people are at risk of being subjected to partisan and subjective justice.

What he offers instead is prayer against rationality, reason and science, with which religion has often been at odds through the ages, but which he now shamelessly weaponises by turning the public square at which he represents his office into his preacher’s pulpit. He fails to understand that we are citizens, not congregants.

His subsequent lack of remorse and defiance when questioned about his remarks admit to a person of unsound temperament and astonishing arrogance. The absence of humility and his refusal to entertain the idea that there are many who may know more and better than he does are simply intolerable. Having been plucked from obscurity by former president Jacob Zuma to fill the position of chief justice, which he has on numerous occasions defiled, Mogoeng should be impeached and shown the door now. Picture: Felix Dlangamandla
Netwerk24 Felix Dlangamandla

They also render his Trumpian doubling down on his disgraceful utterances indistinguishable from those of the denizens of the denialist lunatic fringe who even now question the existence, extent and effects of the disease, who inveigle against protective measures and who peddle the idiocy that the virus will disappear if we all do nothing.

For them to have the chief justice as an ally in this despicable posture is truly depressing.

He manifests his religious megalomania by invoking an incendiary divinity to this dangerous delusion, seeking to lead the faithful not just to their own harm, but also to the harm of others. His appending the imprimatur of the “mark of the beast [666]” on vaccines should make his peers cringe in embarrassment and should spur the Judicial Service Commission into action.

Having been plucked from obscurity by former president Jacob Zuma to fill the position of chief justice, which he has on numerous occasions defiled, Mogoeng should be impeached and shown the door now.

Dr Dasoo is a member of the Progressive Health Forum, a voluntary association of health experts

We live in a world where facts and fiction get blurred
In times of uncertainty you need journalism you can trust. For only R75 per month, you have access to a world of in-depth analyses, investigative journalism, top opinions and a range of features. Journalism strengthens democracy. Invest in the future today.
Subscribe to News24
Related Links
‘I am their target’ – Mogoeng on his Israel/Palestine remarks
Mogoeng is not fit to hold office if he doesn't understand that his Christian beliefs are not...
Mondli Makhanya | Preserving our judiciary
Next on City Press
Zaakirah Vadi | Why the public must act against corruption

Listen to our latest podcasts.
Voting Booth
Were the knee-jerk travel bans imposed on SA following our detection of the Omicron variant necessary?
Please select an option Oops! Something went wrong, please try again later.
We are being punished
50% - 14 votes
Rather safe than sorry
36% - 10 votes
They have every right
14% - 4 votes
Previous Results
The best of 2020
Can you guess who featured in our most popular articles from 2020?