South Africans had been hoping that Finance Minister Tito Mboweni would present a supplementary budget to revive the country’s economy by increasing levels of growth to reduce structural unemployment, poverty and inequality.

However, many South Africans forgot that it was Treasury, in the government of then deputy president Cyril Ramaphosa and then president Jacob Zuma, that had embarked on a spending spree, its state-led investment drive putting state-owned enterprises such as Transnet, Prasa and Eskom at the centre, while missing all its GDP growth forecasts and collecting less tax revenue.

Treasury did all this in pursuit of radical economic transformation to change the structure of ownership of the South African economy so that historically disadvantaged South Africans could participate meaningfully.

In October 2016, then Public Protector Thuli Madonsela presented the State of Capture report, which showed that those close to Zuma had benefited from the state’s investment programme.

The report played a role in the appointment of Ramaphosa as the president of the ANC and then president of the country. Facing a shortage of skilled and capable finance ministers who would be trusted by South Africans, Mboweni was recruited from retirement to fulfil the role. Arguably, there was a return of the so-called Class of 96 with Ramaphosa’s appointment of Mboweni, given that SA Reserve Bank governor Lesetja Kganyago had served as the director of Treasury from 1996 until 1998 under then finance minister Trevor Manuel, and as director-general of Treasury from 2005 to 2011.

READ: ‘Gap between revenue and expenditure is threatening our kids’ future’

Critics saw the Class of 96 as aligned to the neoliberal policies of the World Bank and the International Monetary Fund (IMF), which were notorious for implementing structural adjustment policies in developing countries that included the devaluation of the currency, export-led economic growth, privatisation and the reduction of the public sector.

Mboweni’s supplementary budget reference to Matthew 7:13-14, about the small and narrow gate and the wide and broad gate as the only choices facing the nation, makes the same mistake of locating South Africa’s economic challenges as a duality.

It was former president Nelson Mandela who adopted the Growth, Employment and Redistribution (Gear) strategy, believing the alternative would lead to an economic catastrophe. Former president Thabo Mbeki spoke of the first and second economy. The use of duality to describe our economic challenges is an attempt to instil fear in the nation while an austerity programme is being implemented. It is ideological and redistributes South Africa’s wealth in favour of the incumbents, marginalising those who have been outside the economy and, in so doing, reinforcing structural unemployment, poverty and inequality.

In South Africa, it reinforces the race and gender gap, while condemning mostly black South Africans to destitution and reliance on the social wage.

Mboweni and many of the Class of 96 had, by serendipity, turned the debt crisis inherited from apartheid South Africa into a very strong investable South Africa, seen as a leader in budgeting, through its medium-term budget policy statements.

The commodity supercycle between 2001 and 2007 lent credence to the success of the austerity programme. Mboweni argued that debt was our weakness. Moreover, South Africa had accumulated far too much debt and the downturn as a result of the pandemic would add more, he said.

Out of every rand that South Africans pay in tax, R0.21 goes to paying the interest on its past debts.

This indebtedness condemned South Africa to ever higher interest rates, and its reduction would reduce interest rates for everyone and unleash investment and growth, Mboweni said. It is the same story that led to the adoption of Gear, signifying a lack of innovation and boldness, and a fear of heterodox economy policy.

Heterodox economic scholars such as Professor Chris Malikane of Wits University and Duma Gqubule have presented an alternative to South Africa’s neoliberal economic dogma. As described by professors Vishnu Padayachee and Robert van Niekerk in their book Shadows of Liberation, academics who advised the ANC in the transition period leading to the democratic elections in 1994 pointed out that there were policy choices other than Gear. Reminiscent of history, Mboweni has elected to ignore this scholarship.

Malikane and Gqubule argue that Mboweni has both fiscal and monetary policies at his disposal.

Debt that is owed to South Africans is our debt, therefore, as long as our debt is rand-based, we can sleep well at night because we owe it to ourselves. In the supplementary budget, Mboweni announced that a $1 billion facility from the New Development Bank had been secured, and that other facilities with the IMF and the African Development Bank were being negotiated.

Not only have South Africans been denied information on the terms and tenure of the concluded loans with the New Development Bank to Eskom, Transnet and, recently, the sovereign, but these facilities expose South Africa to interest and foreign currency volatilities that could be offset by borrowing locally. The Reserve Bank can play a much bigger role by lending aggressively to Treasury.

READ: We are an indebted nation, says Reserve Bank

It is South Africa’s debt, after all, as Malikane and Gqubule have shown. Whereas the Federal Reserve and the Bank of England have looked at innovatively supporting the US and the UK economies, the Reserve Bank has in a limited way also attempted to respond to the economic challenges. However, it is not sufficient.

Mboweni has, by centering the supplementary budget as a debt solution that will be accompanied by structural economic reforms, sharpened the debate on the budget and economic policy pitting the status core against pragmatic heterodox scholarship.

As unemployment increases to 30.1% in the first quarter, debt approaches 100% of the GDP and inequality and poverty widen, South Africa could find itself beset by a wave of populism that would look to the Reserve Bank to print money, aggressively pushing up prices and increasing demand for foreign goods.

It may sound alarmist, but Argentina springs to mind, as Kganyago has argued. It will not be surprising and it will have been due to a failure to adopt more heterodox policies, using the Reserve Bank to lend to government and relaxing regulation 28 to allow pension funds to invest in low-return infrastructure projects. 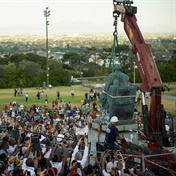 Choose a newsletter
Voting Booth
Are the taxi associations justified in their ultimatums to government regarding loading capacity and debt relief, and in their increase of fares?
Please select an option Oops! Something went wrong, please try again later.
Yes, they need the money
12% - 38 votes
It’s irresponsible
48% - 157 votes
No, we should boycott
41% - 133 votes
Previous Results
Podcasts
Podcast | Mistakes to avoid with your own business