Miss SA: It's all show but no substance 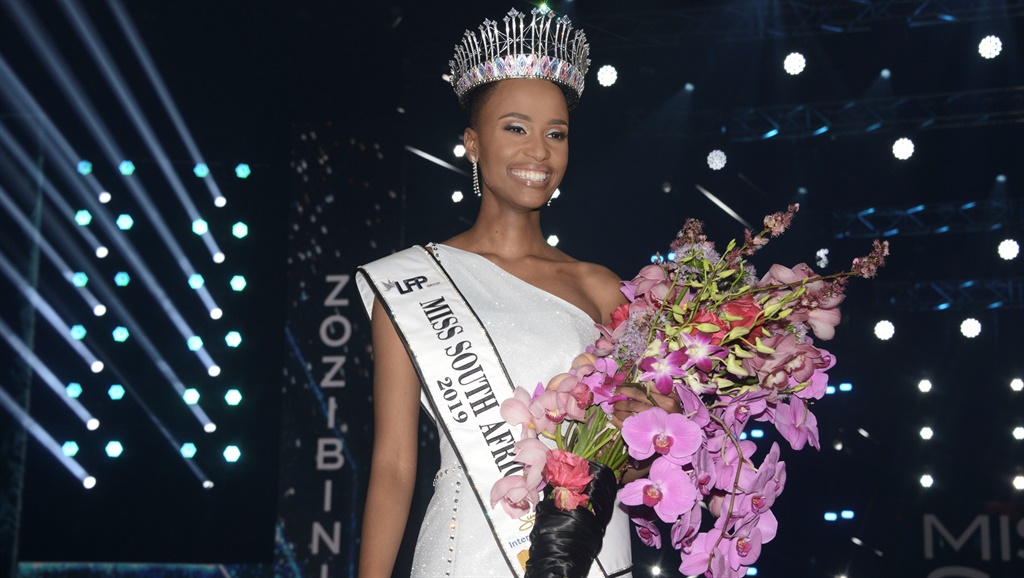 This year’s Miss SA beauty pageant played out in Pretoria at the rather basic Sun International complex known as Sun Arena on Friday. Bentley trucks and other exotic cars flooded the parkade.

Media personality Bonang Matheba was the host and stole the show. They should have just given her the crown and be done with it. She supplied the judges with her own Champagne brand and looked stunning in the Grecian dress she wore at first (there were a few outfit changes). They need to find another host as that sister makes it hard to see anyone else on a stage with her.

Everyone was pretty well dressed too, though, with guys and girls in the audience wearing figure-hugging fits. People strolled around the underwhelming casino and hotel complex, looking as if they had just stepped off the actual stage.

On the judging panel were Connie Ferguson and Anele Mdoda, to whom the crowd showed love by giving them a thunderous applause when they came out.

The venue was quite full, which means people paid actual money to go and watch women stroll about on stage in nightgowns and swimsuits before attempting to answer questions pertaining to world peace. Whether the idea of a beauty pageant is beneficial to feminism or not, it’s just corny.

Reigning Miss Universe Catriona Gray was on the judging panel to provide her expertise on doing whatever it is a person who wins a pageant does: you know, Veet adverts, open up a charitable initiative that nobody will hear much about and retire from your reign to a cosy Top Billing presenter gig.

Any contestant hailing from Pretoria was shown the utmost love by the crowd. What was particularly sad to see was how they let all 16 finalists dress up for the evening gown section and then cut six of the ladies while they were standing there in designer wear.

There were no plus-size sisters at all, which formed some of the basis of the public spat Mdoda and Phat Joe had on Twitter this week. All the contestants looked the same, whether black or white, though people with melanin got louder screams than those without.

Crowd favourite Kgothatso Dithebe was rocking an Afro and her vitiligo, and winner Zozibini Tunzi was also rocking natural hair.

Although musician Jesse Clegg recently lost his dad, Johnny Clegg, he still made an appearance for the swimsuit section, which is one of the most suspect parts of this whole show. His legendary father was an honorary Zulu, which means they shouldn’t even be watching TV at the Clegg household, let alone serenading the swimsuit section live on the small screen.

Not a drop of water in sight, but hey, we need to know what your beach body is like if you’re going to bring world peace to us, ja?

Let us do away with this nonsense – if not for the messages this show sends, then for the pure lack of production value. That’s two hours anyone who was there will never get back.

We live in a world where facts and fiction get blurred
In times of uncertainty you need journalism you can trust. For only R75 per month, you have access to a world of in-depth analyses, investigative journalism, top opinions and a range of features. Journalism strengthens democracy. Invest in the future today.
Subscribe to News24
Related Links
PR student Zozibini Tunzi takes the (new) Miss SA crown
Uncertainty over: Miss SA pageant is set to continue
A Miss SA with a difference
Next on City Press
Rule of law in South Africa protects even those who scorn it